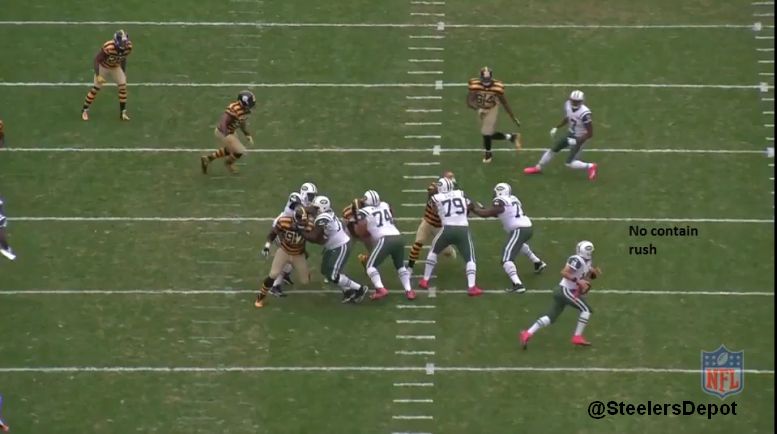 General game notes from the Pittsburgh Steelers’ 31-13 win over the New York Jets.

– Much better discipline on this stunt. Bringing five helps too. 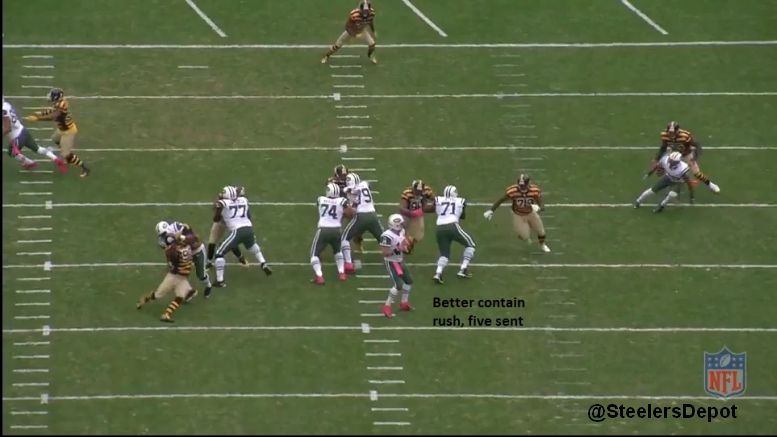 – Seeing a lot of run stunts this season. Here’s another with Javon Hargrave looping over as Stephon Tuitt crashes inside. 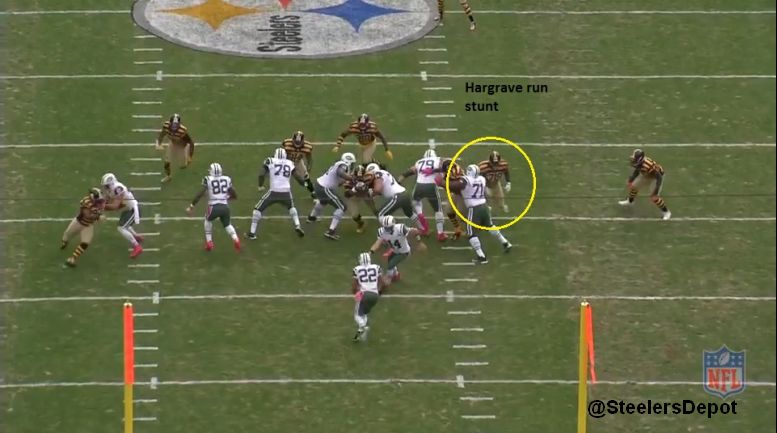 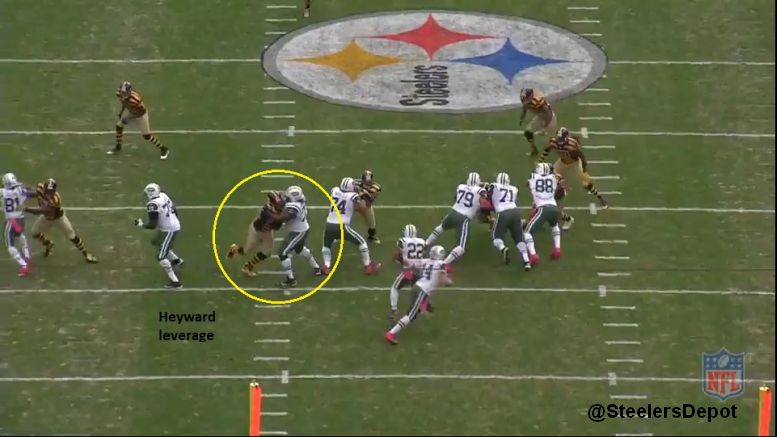 – Nice job by Vince Williams to keep his inside arm free and force the ball to his alley defender. 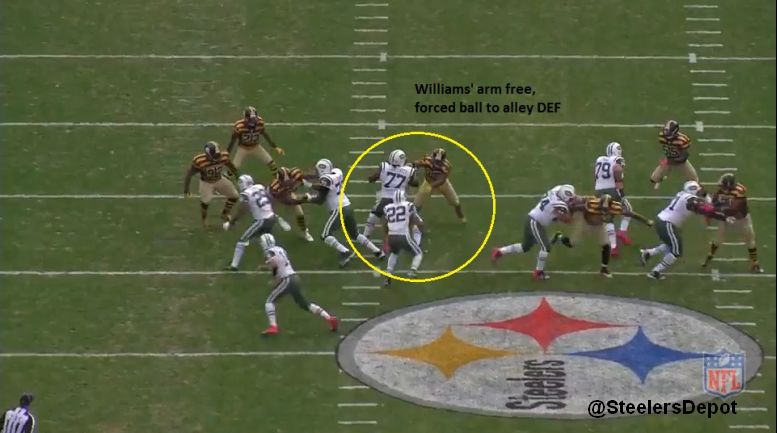 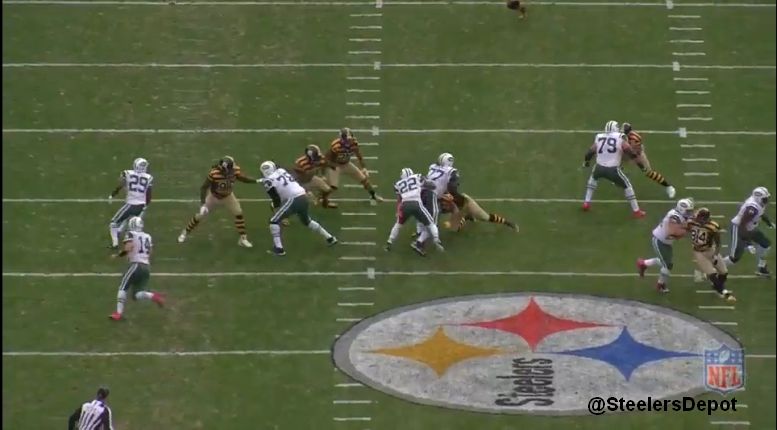 – Good call and design by Danny Smith/Jordan Berry. Usually trying to pin and coffin corner here and with the ball on the right hash, you’d expect the ball to go to the right. That’s what the jammer at the top of the screen thinks and opens up the wrong way. But It’s a middle punt, Darrius Heyward-Bey is afforded a free release, and helps to force a fair catch. 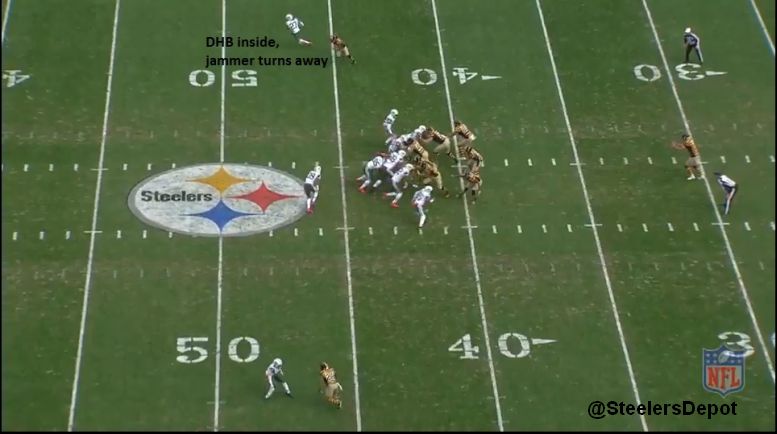 – Matt Forte 28 yard run. Probably a poor run fill by Sean Davis, who gets sealed and creates the lane. 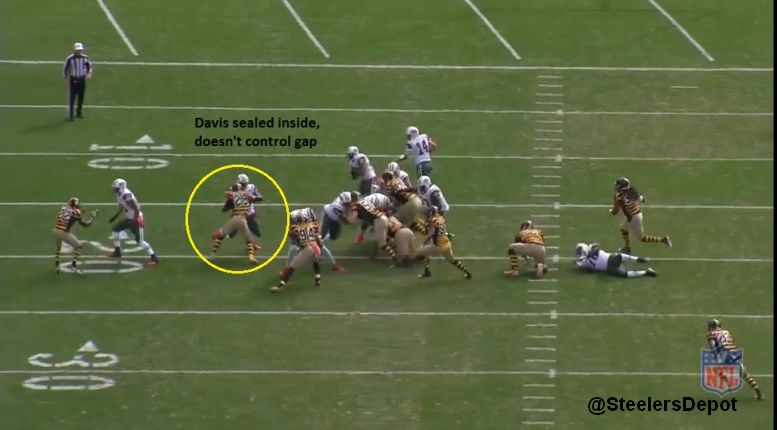 – Great use of hands (UOH) by Tuitt. Bull to swim, shed, and nearly get pressure.

– Nice bend and separation created by Anthony Chickillo on his strip sack. 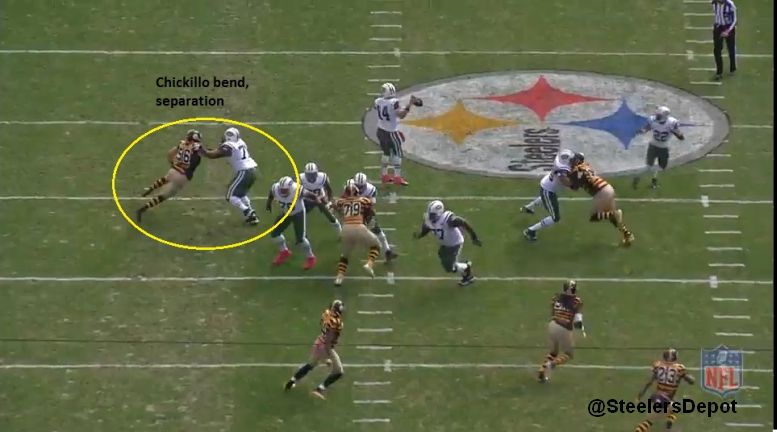 – Really love the reaction, break, angle, and tackle by Artie Burns on 3rd down. Huge play. This is an encouraging step.

– 3×1, backside X received with a reduced split and in-breaking route helps get Le’Veon Bell open in the left flat. Playmaker with space? I’ll take it. 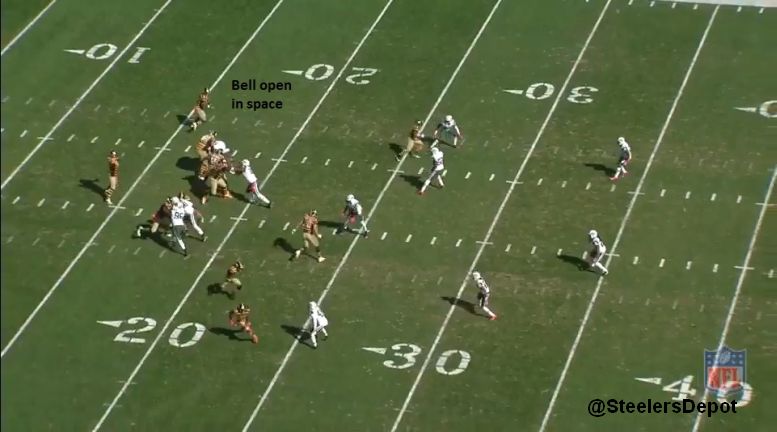 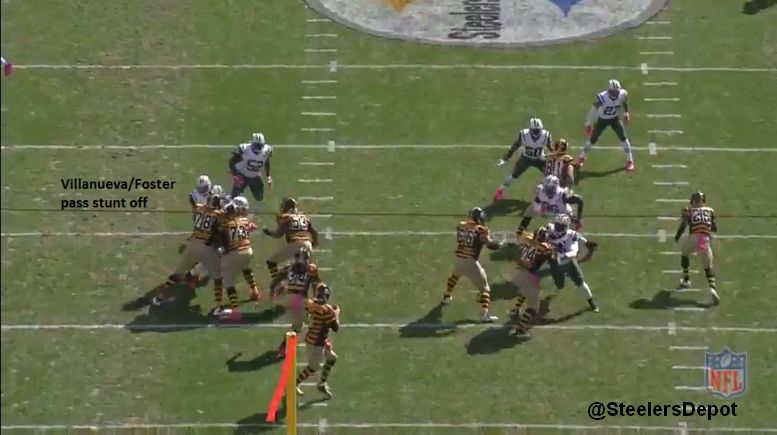 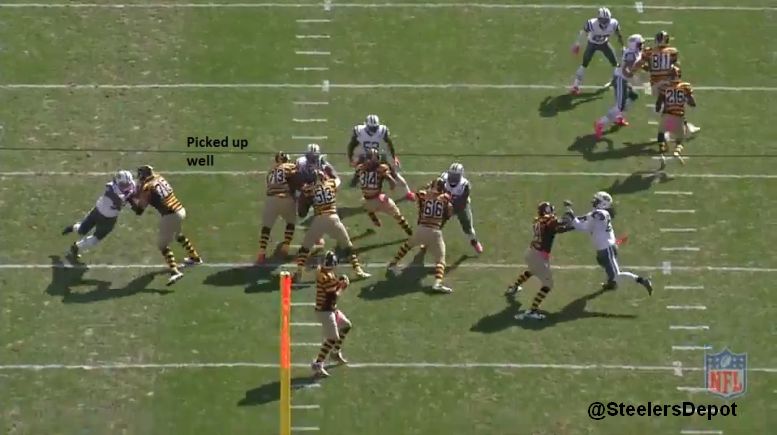 – Impressive job by Javon Hargrave to play this cutback and make the tackle. 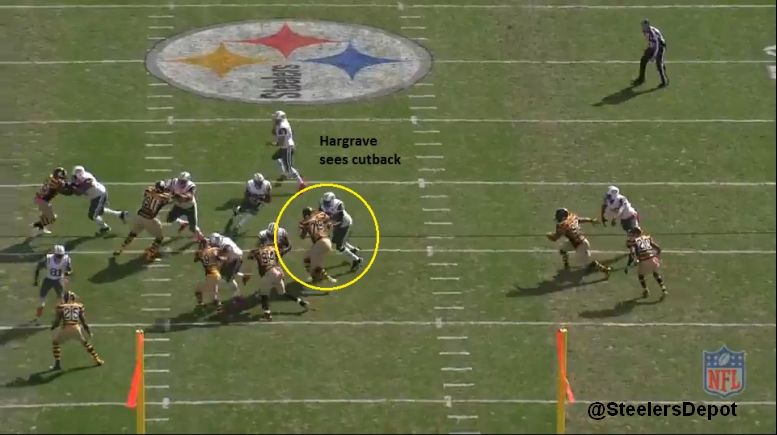 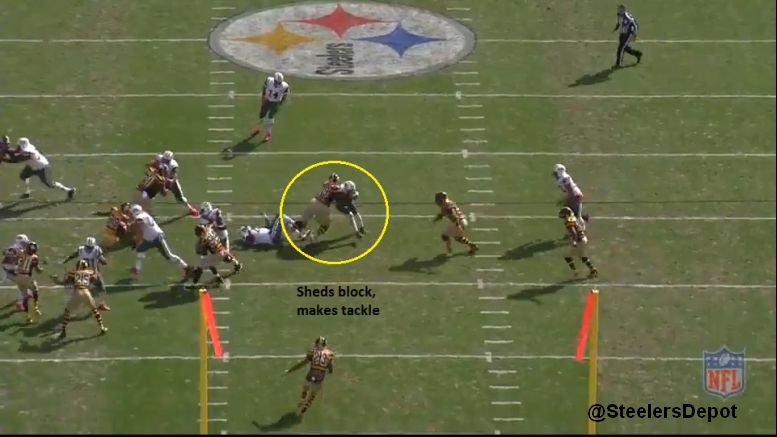 – Pass pro by Bell. Stay square, knocks the LB out of the A gap. 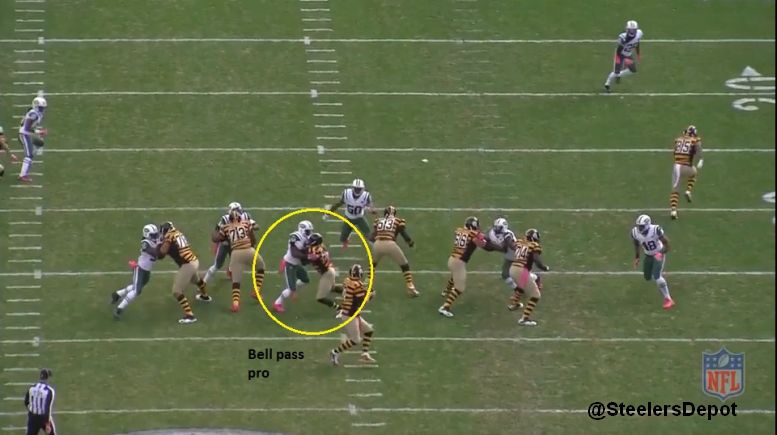 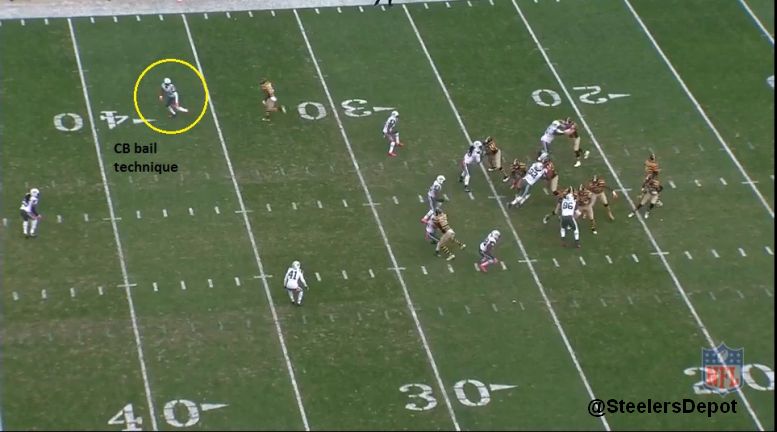 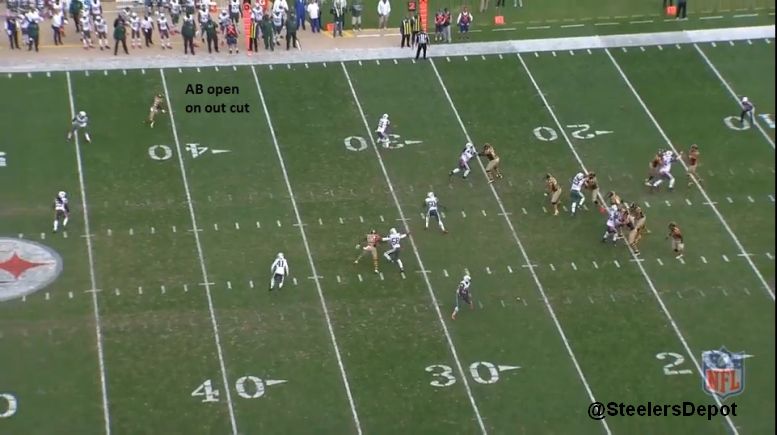 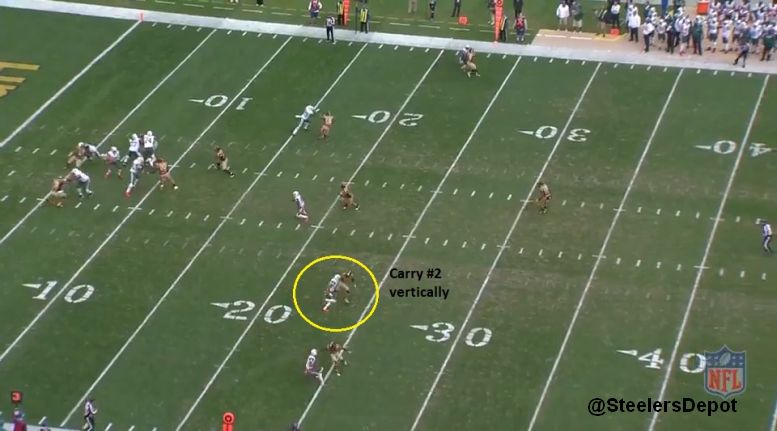 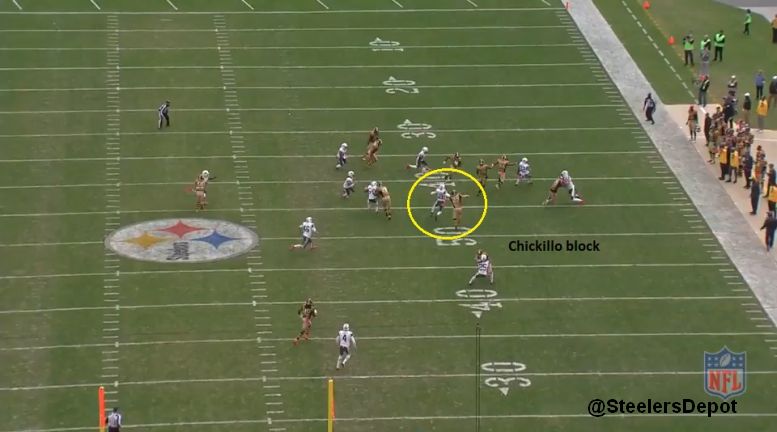 – Hargrave continues to show a high football IQ. Sees the left guard overset, soften his inside shoulder, and he responds with an inside swim, beating him cleanly. 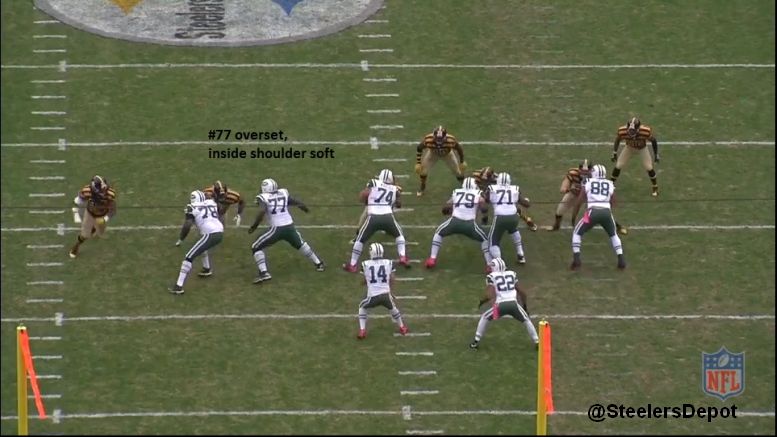 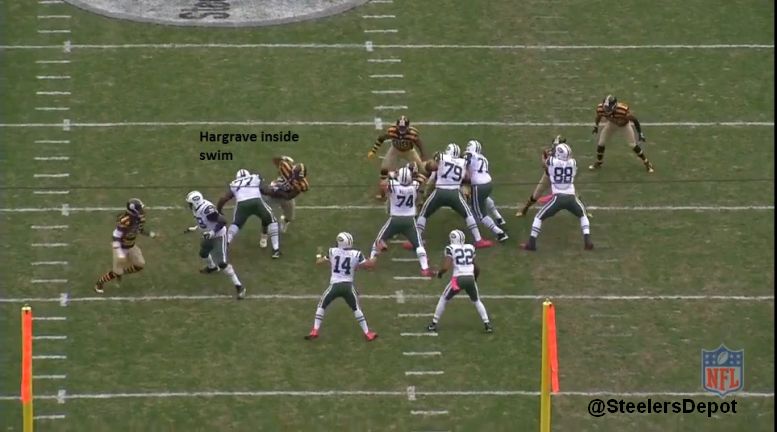 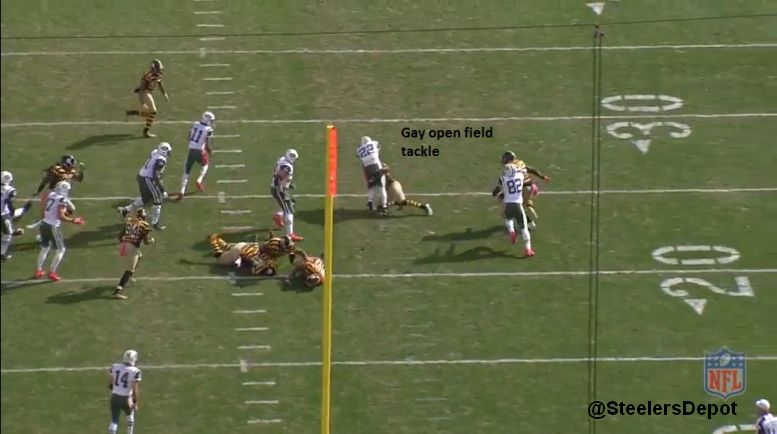 – Nice stem and break by Jesse James. Doesn’t drift on his route and makes a tough catch with the DB coming down hard on him.

– Teams looking to take 84 away. Bracketing about as much as you can. Not even trying to hide it. 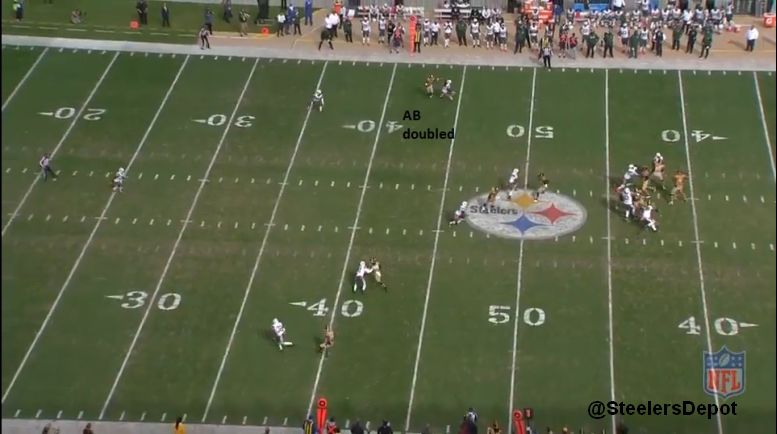 – Whew, Ben just got this pass over the linebacker. Game of inches. 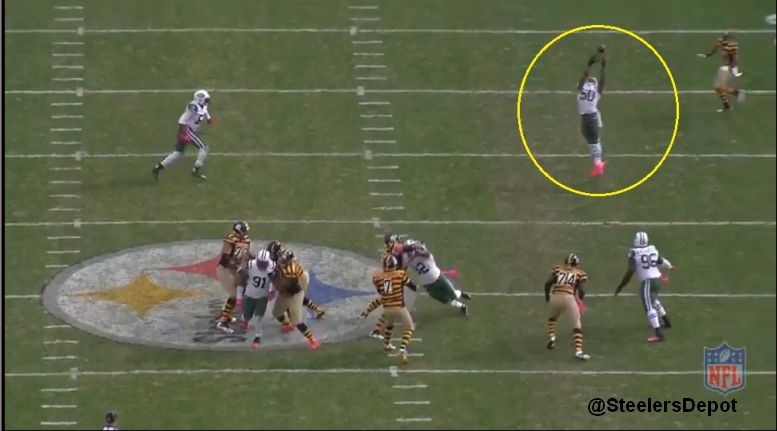 – On the whole, the offensive line did a tremendous job in stunt recognition and pickup. Especially Villanueva. Much, much improved.