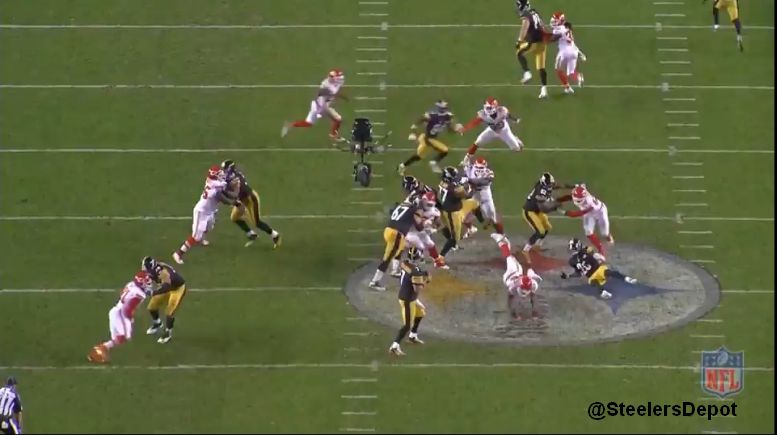 Game notes from the Pittsburgh Steelers’ 43-14 win over the Kansas City Chiefs. 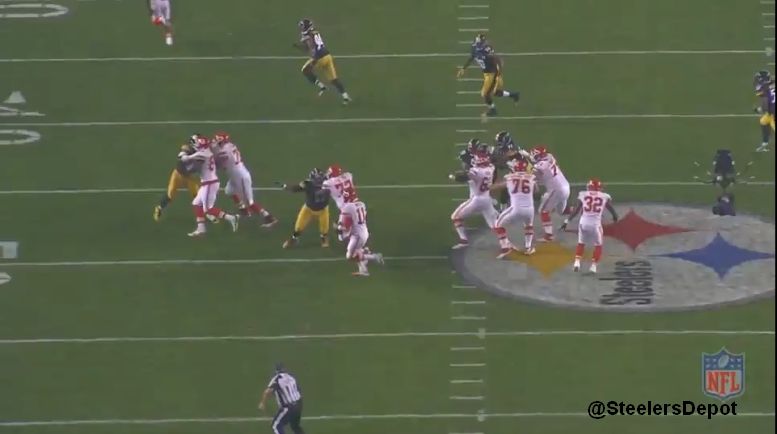 – Punt coverage team: Shamarko Thomas and Darrius Heyward-Bey as the gunners. Jordan Dangerfield and Xavier Grimble as the wings and Toussaint as the upback. On the line: Vince Williams-L.J. Fort-Greg Warren-Tyler Matakevich-Anthony Chickillo

– Great job by DHB to defeat this block and make the tackle, pinning the Chiefs back at their two. 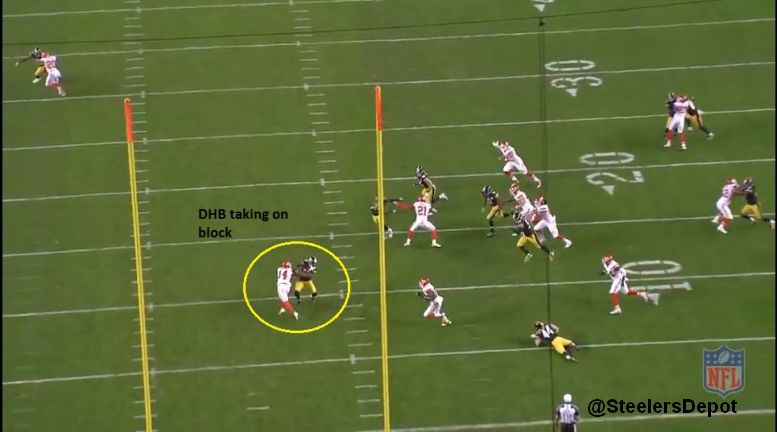 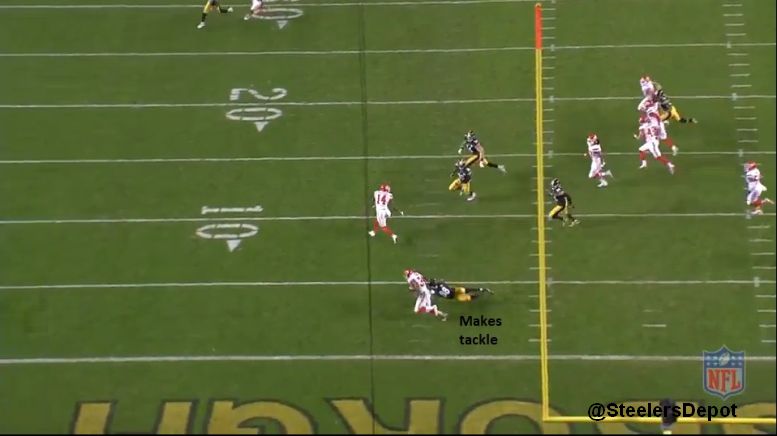 – Sure was a tight window for Ben Roethlisberger to throw into for AB. But it worked. TD. 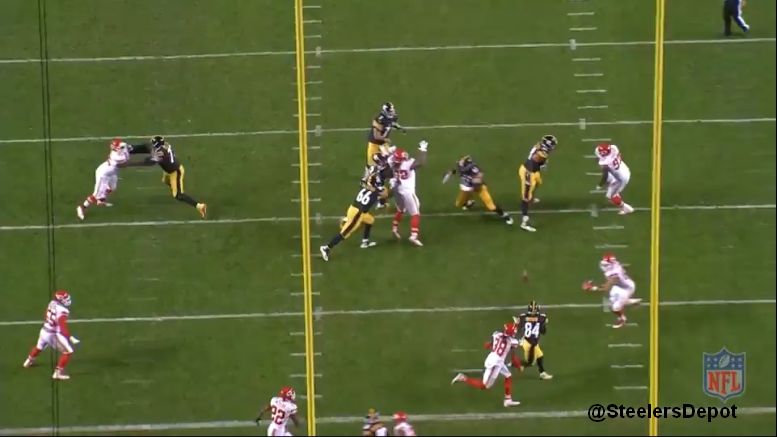 – Five man pressure + stunt = confusion. James Harrison free rush, ball has to come out quickly on 3rd and 4, pass incomplete, and the Steelers get off the field. 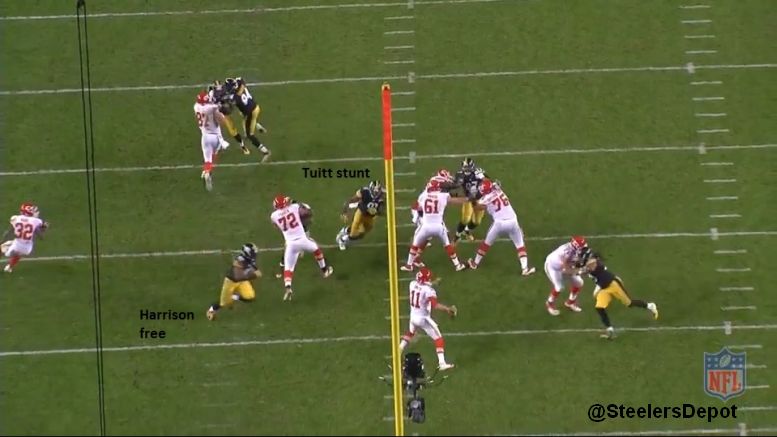 – Just a two man route and the Chiefs still let Antonio Brown have a one-on-one matchup. 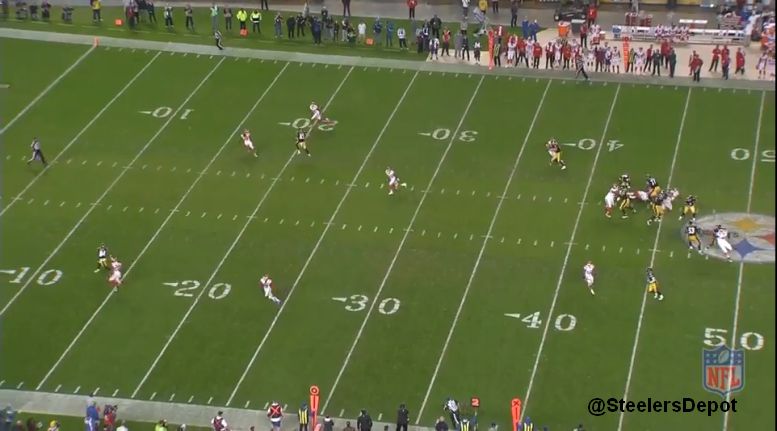 – L.T. Walton played. But on the ground again, a theme too often in his limited time a year ago. 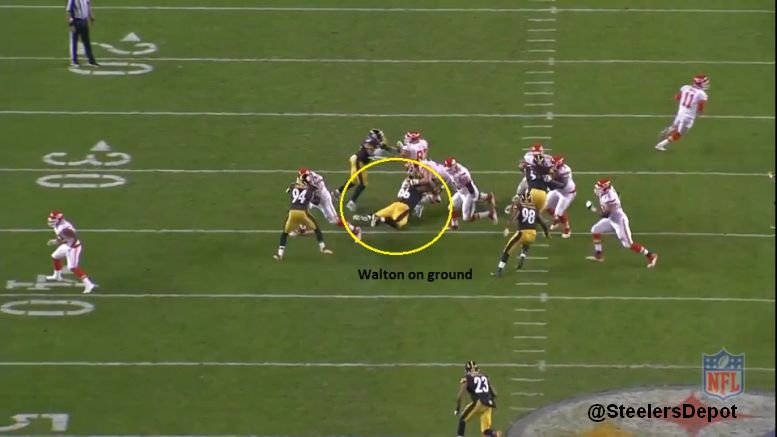 – Steelers have been run stunting a ton this year. Mixed success but worked here.

– Another bullrush win by Cam Heyward.

– James Harrison will be 55 years old and this rip will still be effective against Eric Fisher. 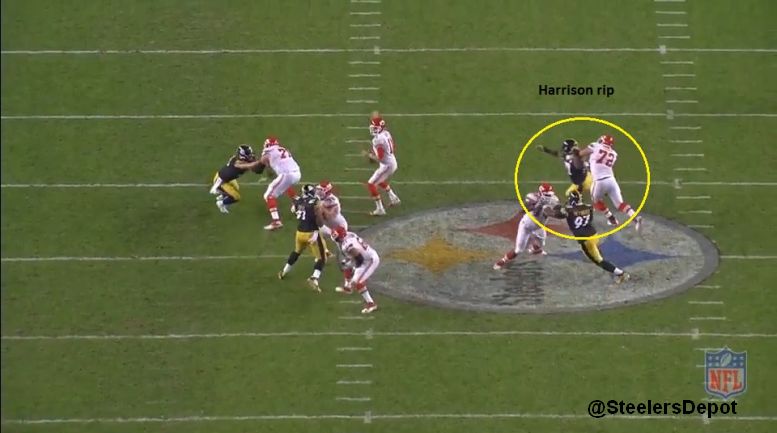 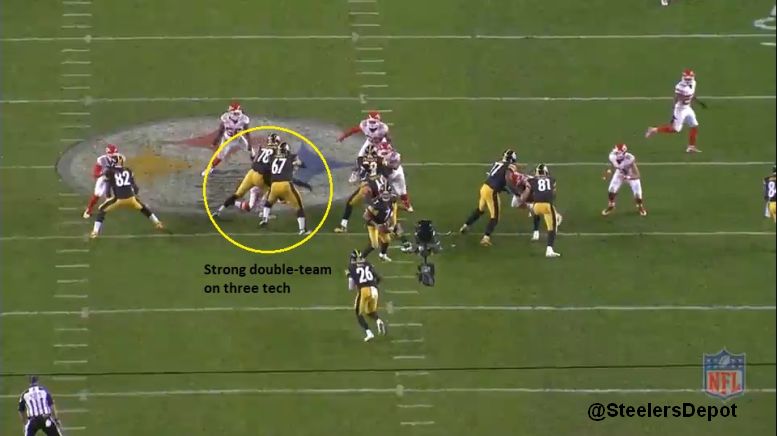 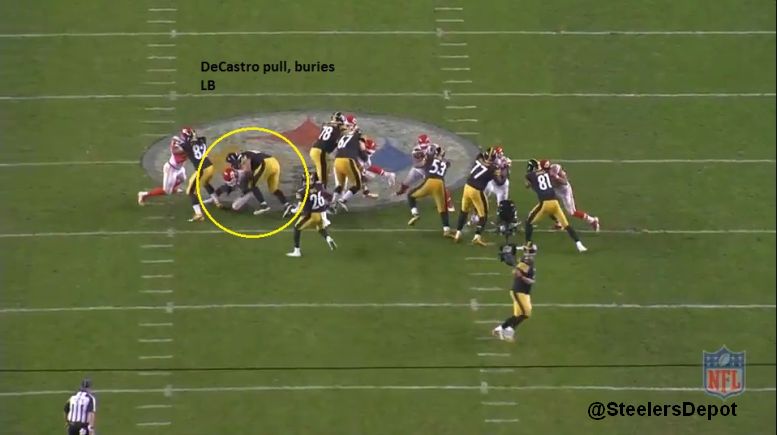 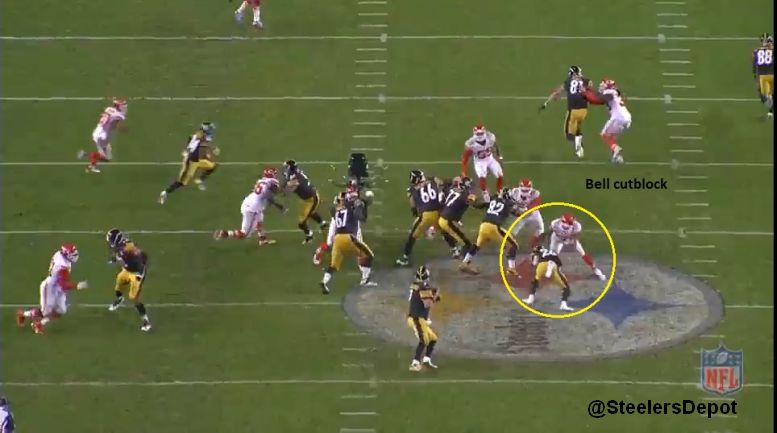 – Jesse James continues to show a high football IQ as a route runner. Runs away from man coverage to get himself open. 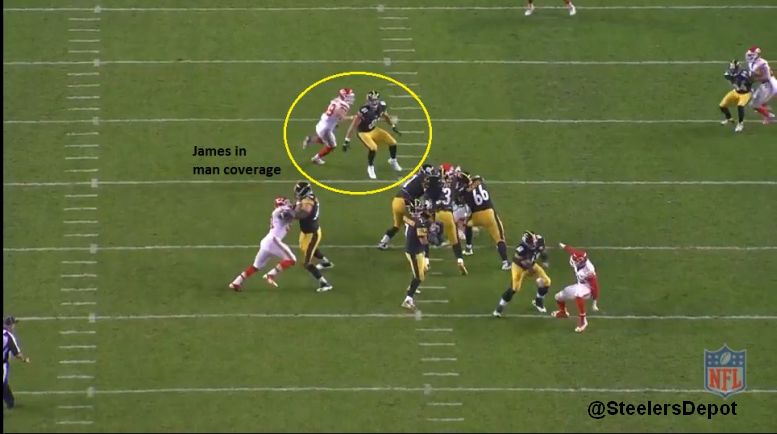 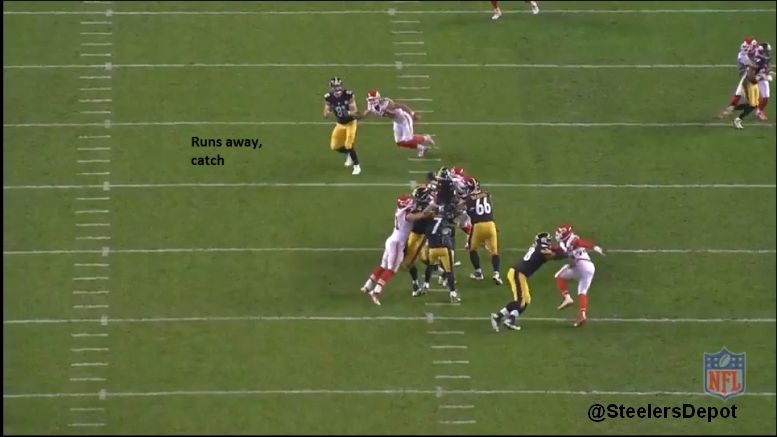 – Alejandro Villanueva continues to be uneven in pass protection. Great physical tools but technique is hit and miss. Often caught bending at the waist. 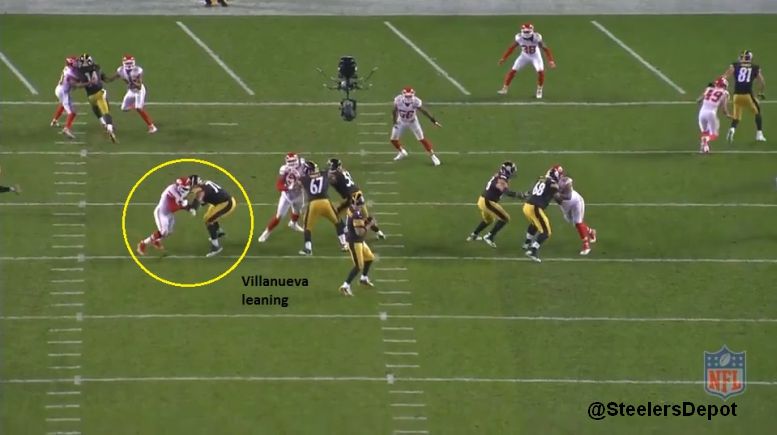 – As Ben Roethlisberger said, B.J. Finney with a great open field cut block on the first play of the second half.

– More Finney love. Pancakes Derrick Johnson, a vet and still one of the best in the game. 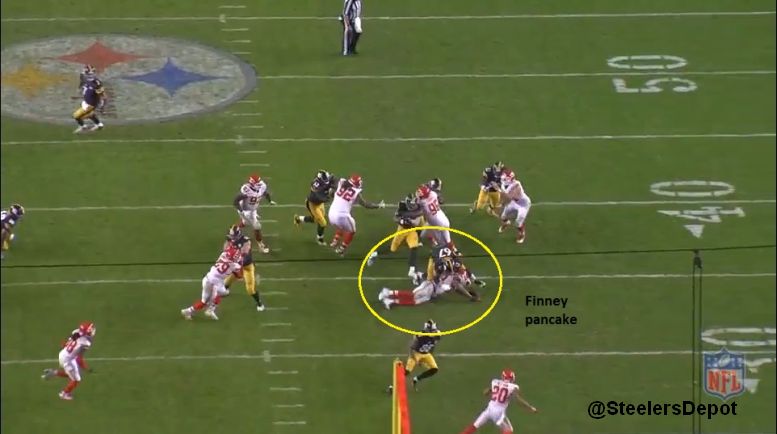 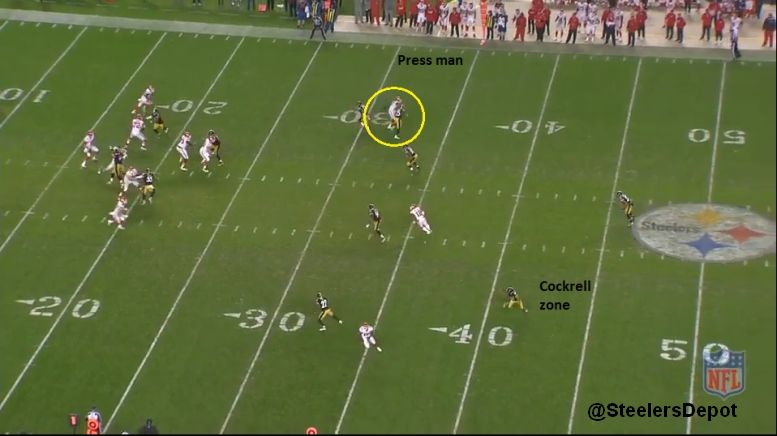 – Cockrell needs to stay in his zone, man. Burned on the Darren Sproles’ TD last week and here, Jeremy Maclin is open to the bottom. Unless William Gay is supposed to match but I don’t see it. 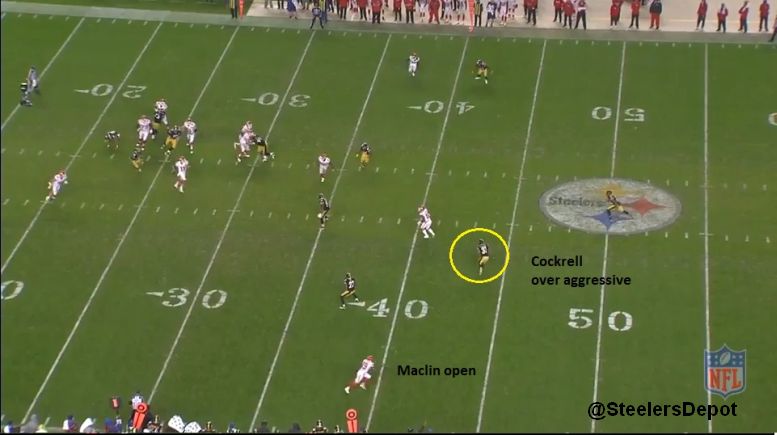 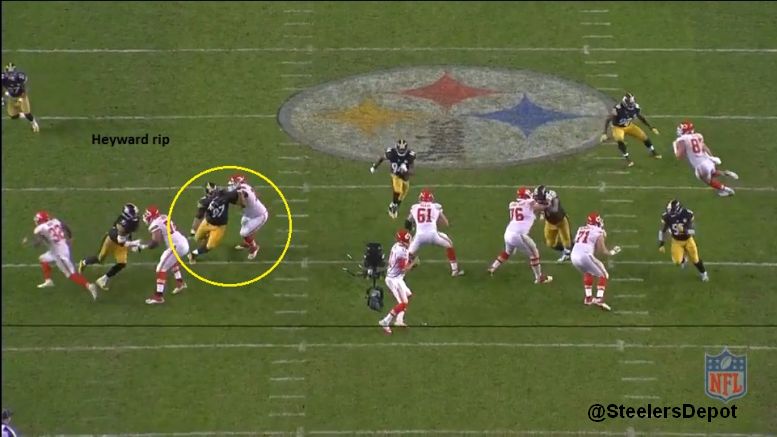 – Cover 1 robber. Jordan Dangerfield the robber, closes quickly, and makes the tackle on the back. Solid game. 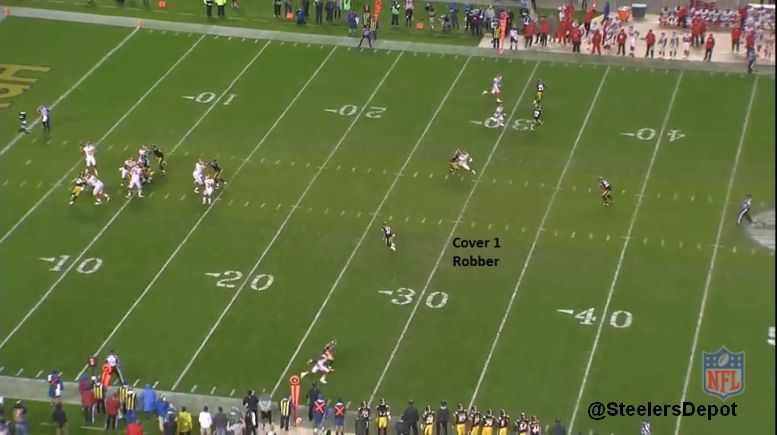 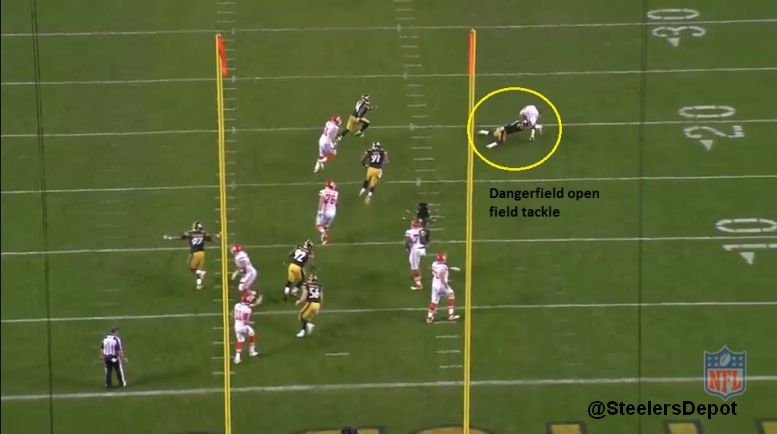 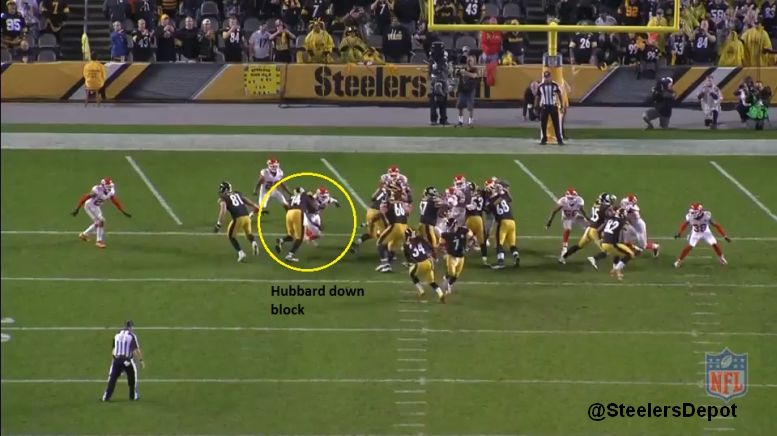 – Burns was beat on a double-move on his PI late in the game.

– Nice leverage, ability to hold the point of attack by Javon Hargrave. 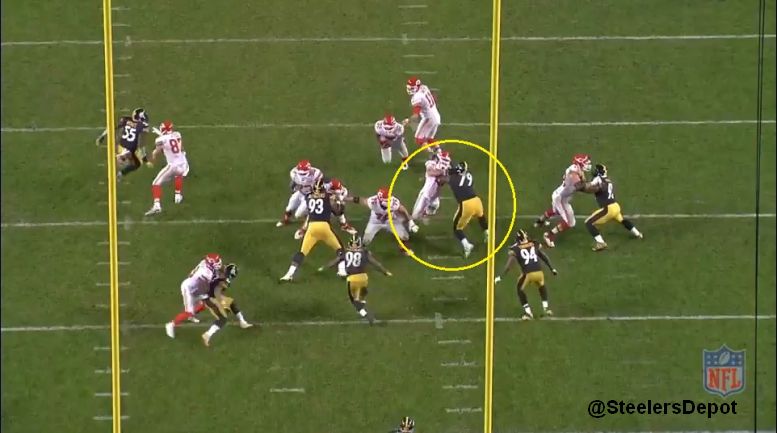