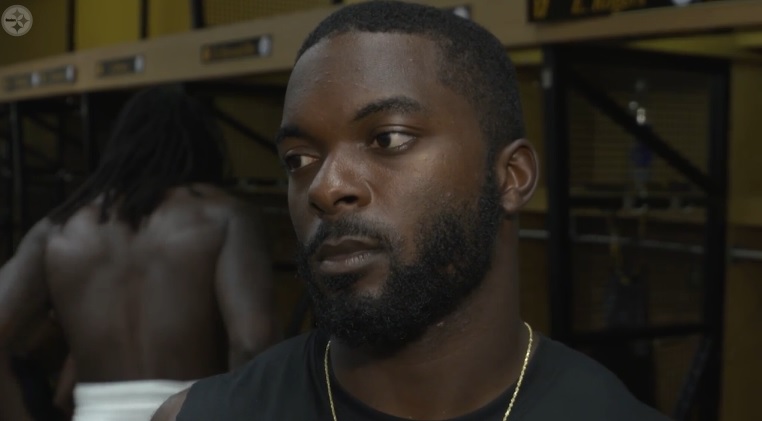 Yesterday, we and others wondered aloud as to why Eli Rogers didn’t see a single snap against the New England Patriots. He was healthy and the rest of the receiving group wasn’t. Sammie Coates could barely see the field with a hand injury and Markus Wheaton continued to miss because of a bum shoulder.

Rogers said he was healthy and wouldn’t specify why exactly he, the team’s starting slot receiver, didn’t play. Either by inside knowledge or some reporter’s intuition, Mike Prisuta wondered if Rogers broke a team rule.

While Todd Haley didn’t outright say it, he strongly implied it today. The PPG’s Ray Fittiapaldo has the quote.

Todd Haley on healthy scratch Eli Rogers: "He has to show he’s accountable and that we can trust him and that he’s the same guy every day."

So yeah, you done messed up Eli.

We don’t know what exactly Rogers did wrong to earn a seat on the bench, and we certainly won’t speculate, but it’s likely just a one-week punishment akin to what he did to Santonio Holmes in 2008 and Rashard Mendenhall in 2009. Both responded positively after the tough love.

A foot injury and that benching has limited him to just three games actually played in, catching 13 passes for 135 yards and a touchdown. He’s struggled to recapture the strong Week One showing he had against Washington but with a clean bill of health, and departure from the dog house, he could make a similar impression against the Baltimore Ravens in Week Nine.

Update: Reader Wreckless points out to this tweet by Colin Dunlap as to why Rogers was benched.

Eli Rogers was late for walk thru on Saturday. It wasn't his first transgression.
So there you have it.
There's the reason he had 0 snaps.