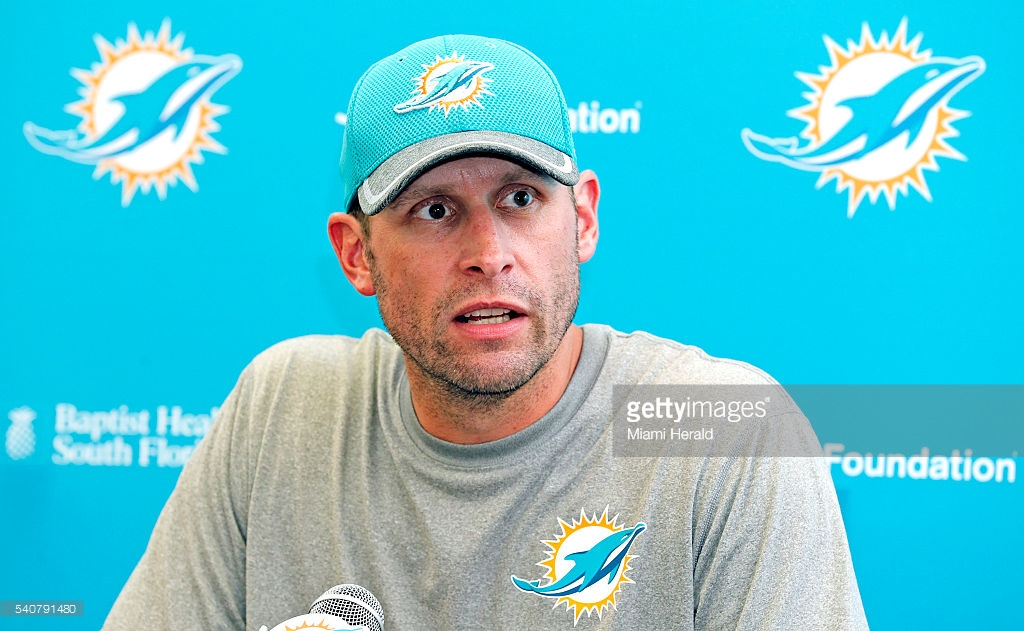 Mike Tomlin said they had to gameplan for Jets’ tight end Austin Seferian-Jenkins on the fly because they hadn’t seen tape on him.

If that’s the case, the Pittsburgh Steelers might not have much of a gameplan this week against the Miami Dolphins.

That’s a little tongue-in-cheek but the Dolphins have made major changes to their roster layout over the last few days. The offensive line has been flipped. Yesterday, the team cut Dallas Thomas and Billy Turner, two high profile draft picks by previous regimes. Thomas had yet to play a snap this season, clearly benched, while Turner was horrific filling in at left tackle against the Tennessee Titans a week ago.

Jamil Douglas, a fourth round pick a year ago, was also waived. He had also yet to play a snap this season.

Ryan Tannehill was sacked six times by the Tennessee Titans, doubling the season total Tennessee had, and completed just 12 passes without a touchdown and two interceptions. Remarkably, it’s the seventh time in four years the Dolphins have been sacked that many times in a game.

In response, offensive tackle and former Dolphin Sam Young was re-signed. Branden Albert seems likely to play this week but if he can’t, Young is likely to fill in.

Even without Cam Heyward, the Steelers’ defensive line should have a field day. Miami’s situation is an objective mess, dealing with injuries and utterly incompetent play. The offense is a mess, the lack of protection is playing a role, and they’ve been held under 20 points in three of five games this season.

The Dolphins’ secondary isn’t much better. Again, injuries and poor play – mainly attributed due to inexperience – has made them one of the worst units. So bad that Marcus Mariota managed to toss three touchdowns, the most he’s thrown all season.

It forced Miami to make two moves – claimed slot corner Bene Benwikere and signed corner Chimdi Chekwa. Benwikere was cut by the Carolina Panthers but it’s a shrewd move for the Dolphins, an experienced player who flashed talent but struggled this season. Chekwa was re-signed after being cut at the end of the preseason.

None of these moves are going to solve their problems and certainly not immediately but they are new faces that Pittsburgh has to prepare to be unable to prepare for. Given how sorry the Dolphins have looked the first five weeks, that might be their toughest challenge.