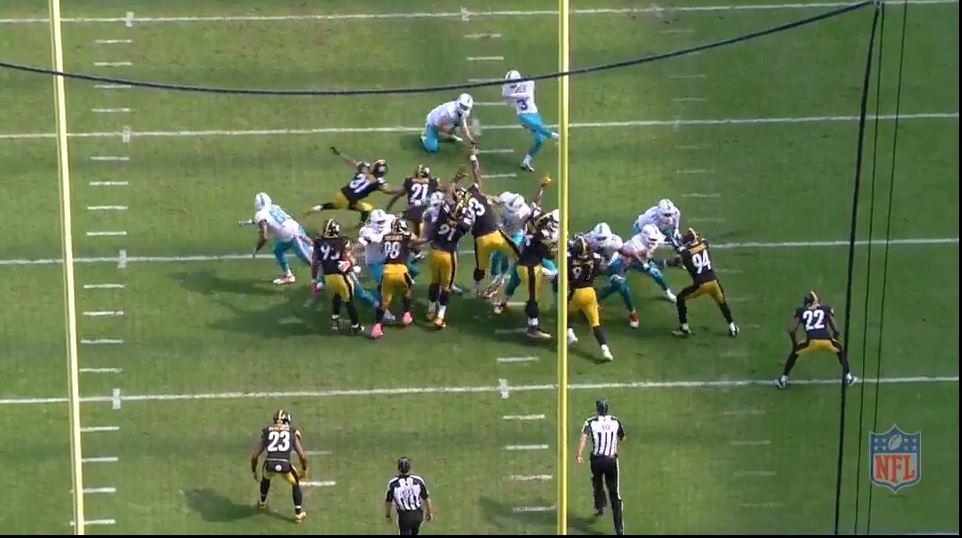 Yes, this is my weekly quota of Danny Smith articles. Sunday’s loss to the Miami Dolphins was pretty terrible all around but one bright spot came on special teams. Daniel McCullers briefly kept the Steelers in the game with a third quarter field goal block. It kept Miami ahead by just one possession, 16-8.

Smith talked about the play with Bob Labriola in their weekly sitdown on Coordinator’s Corner.

“We’ve been working hard on that. We really have. We have good people inside. We have powerful people inside. We’ve got a little bit of height inside…we try to exploit what we design or define the team we’re playing weaknesses. We had some good tips on some situational stuff and we were able to cash in on it. It’s a credit to the players.”

He also noted that return nearly could’ve resulted in a Steelers’ touchdown, completely changing the complexion of the game.

“We were close to scooping and scoring that. If you look on the tape, Ross Cockrell is chasing the hell out of that ball. But the block was so clean, the ball went flying, and I believe it was out of bounds at the 29 yard line. Had we been able to scoop and score, it might’ve changed the game and that’s what we’re trying to do.”

As you’ll see in the clip below, had the Steelers been able to pick the ball up – it was actually William Gay chasing after it – they would’ve almost certainly scored. 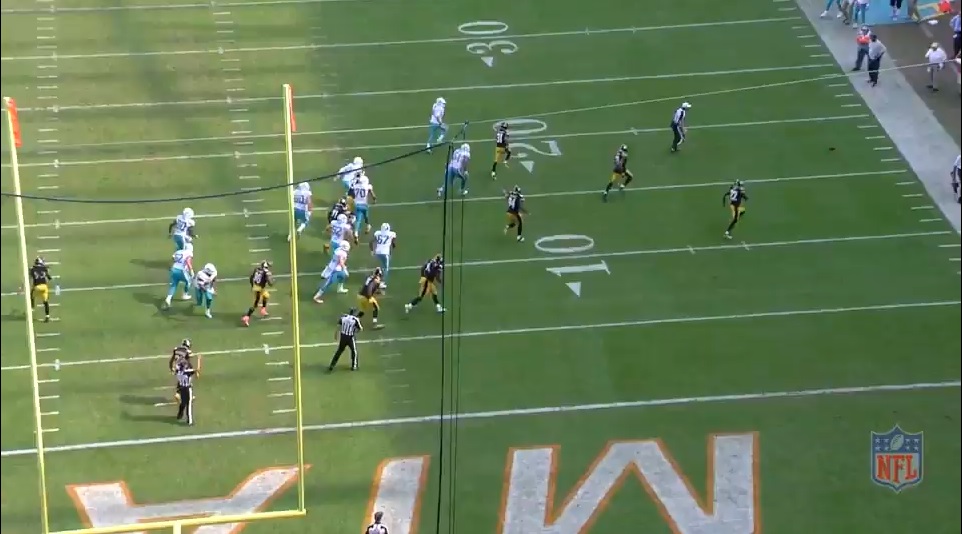 The offense was unable to capitalize on the drive with Ben Roethlisberger throwing an interception several plays later. Miami would find the end zone off that turnover, go up by two scores, and salt the game away.

If McCullers would’ve been able to finish his near-sack of Ryan Tannehill, one that resulted in a huge gain for Miami, we probably would’ve talking about the best game he’s ever had in a Steelers’ uniform. But he didn’t, the Steelers weren’t able to capitalize off the chance he gave them, and the performance is largely forgotten.