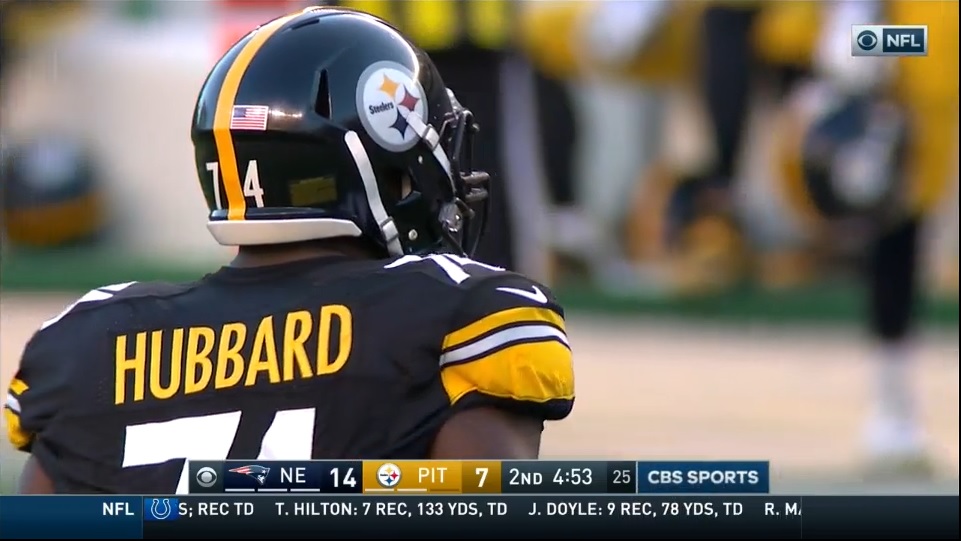 It wasn’t the defining play of the game but it sure could’ve changed the final outcome. Chris Hubbard was flagged for a holding call on Jamie Collins late in the second quarter, negating a touchdown to Darrius Heyward-Bey. With it, the Pittsburgh Steelers would’ve roared back, tying the game at 14.

Speaking to reporters in the locker room after the game, Hubbard didn’t feel he did anything wrong and Collins slipping as he tried to turn the corner influenced the referees call.

“He slipped,” he said via Steelers.com. “And I was trying to put my hands out and I did. They called it and I was pretty upset about that one.”

A player disagreeing with being flagged is nothing new. But the PPG’s Ron Cook had a really interesting quote from Hubbard after the game.

“The ref came over to me and said he didn’t think that was a hold call,” Hubbard said. “I didn’t pull [Collins] down. He slipped. I guess they felt the need to still call it…”

The article doesn’t specify which ref came over, presumably, someone other than the back judge who threw the flag.

Here’s a short clip of the call for you to judge.

Ultimately, it doesn’t really matter who is right or wrong. The Steelers simply struggled to finish drives, capitalize on their chances – they had many – while the Patriots did. In this league, that’s the difference between walking away with a victory or a loss.

Hubbard said as much after the game.

“We fell short. We missed a lot of opportunities. I wish we could’ve made more opportunities out of a great thing. And that’s it.”

The Steelers’ offensive line overall did a good job, not giving up a sack despite Landry Jones’ 47 dropbacks.