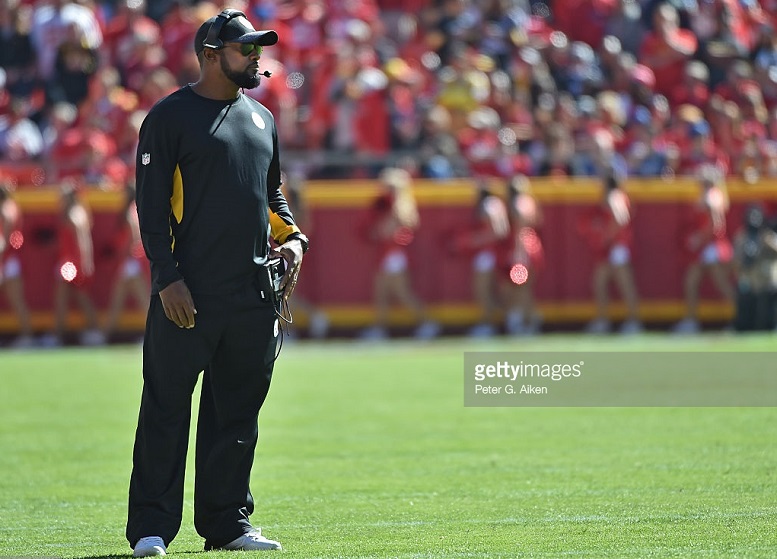 Sunday night at Heinz Field, the Pittsburgh Steelers will welcome the Kansas City Chiefs into town for a Sunday Night Football matchup. The Steelers, coming off an embarrassing 34-3 loss to the Philadelphia Eagles, will look to get back on track against the Chiefs, who are coming off a 24-3 victory over the New York Jets in which they caused 8 turnovers. The fact that both teams at the moment seem to be on opposite ends of the hot-cold spectrum spells is troubling considering that the Mike Tomlin-led Steelers have always struggled mightily against the Chiefs.

At 3-2, the Steelers have posted a winning record against the Chiefs under Tomlin but none have come in impressive fashion. The Steelers have had troubles putting away the Chiefs, with all three of their victories decided by one score. Adding on to the struggles, in all five matchups the Steelers have entered the game with a better record than the Chiefs, making their 3-2 record quite disappointing. 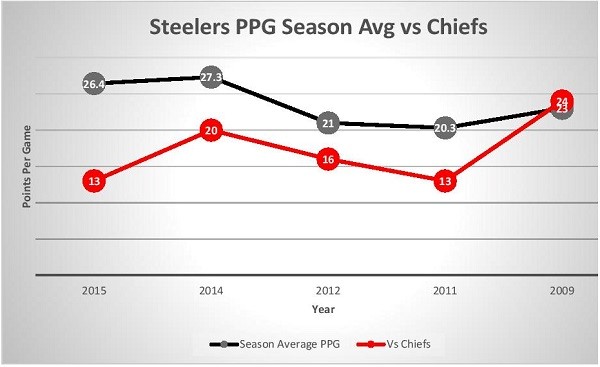 The Steelers offense has had its difficulties breaking through the Chiefs defense, as their 17.2 points-per-game in five matchups is 6 points under Tomlin’s career average of 23.4 with the Steelers. Quarterback Ben Roethlisberger has also had his case of PTSD going up against the Chiefs defense, suffering costly injuries in the 2012 and 2009 matchup that contributed to the Steelers playoff absences during those seasons. Adding to this is the fact that under Tomlin, Roethlisberger is averaging 265.3 passing yars per game but this number drops to just 223.8 passing yards per game when up against the Chiefs.

With their struggles documented, the Steelers are hoping the humbling defeat at the hands of the Eagles and return of Le’Veon Bell is enough to rebound the team to offset history against the resilient Chiefs. A victory against the Chiefs would be a huge boost for confidence and improve the Steelers’ early conference mark to 2-0, which could be pivotal during the later playoff hunt.