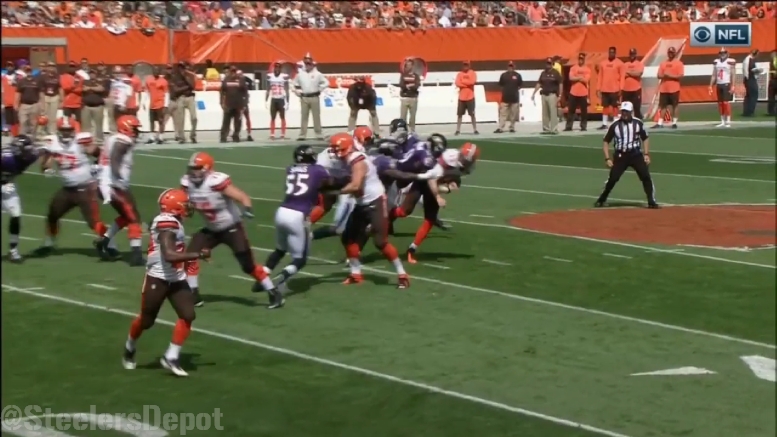 A week after yet another significant injury at the quarterback position, the Cleveland Browns appear finally to be getting some good news, as the team’s top backup for this season—and last year’s primary starter—appears after six games to be on his way back, and possibly ready to start their next game.

Josh McCown, a longtime journeyman who has dabbled with starting quarterback positions over the course of the past few seasons, started the second game of the season after the quarterback the Browns brought in to start, Robert Griffin III, got injured in the opener.

The only problem is that McCown got injured in his first start as well. Coincidentally, both quarterbacks started and finished the two games they played in, in spite of the fact that they have not been able to play since either of those games.

McCown suffered an upper body injury to his shoulder and collarbone region in the first half of Cleveland’s loss in the second game of the season, but he finished the game in spite of the injury. He has been sidelined since, but he was able to return to practice last week on a limited basis.

Earlier this week, however, the veteran quarterback has been given full medical clearance to return to practice on a full-time basis. Still, the Browns are being cautious, with his head coach, Hue Jackson, telling reporters that “we’ll see [about his playing status] as we go through the week”.

For his part, McCown was diplomatic in his responses, saying, “as we move through the week, coach will make his decision on what he sees best for the team. My job is to go out and do everything I can in practice to get myself ready. If it moves in that direction, that will be coach’s decision”.

For the past five games, the Browns have started rookie third-round draft pick Cody Kessler, who has already been knocked out of multiple games. in I believe his third start, he suffered a blow to the midsection that knocked him out and put Charlie Whitehurst into the game, who suffered an injury as well.

On Sunday, Kessler suffered a concussion in the first half of the game, from which it remains unclear whether or not he will clear the concussion protocol in advance of the team’s next game. Rookie sixth-rounder Kevin Hogan, whom they claimed off waivers prior to the season, played after him.

If by some unfortunate circumstances neither Kessler nor McCown are able to start, then it would figure that the starting job would fall to Hogan, who has only been with the team for the past couple of months. He rushed for over 100 yards and scored a touchdown with his feet, but he also threw two interceptions in a loss to the Bengals.

For a floundering team searching for its first win, the prospect of starting its fourth different quarterback in eight games, and its second rookie, is no doubt too appetizing. The Browns host the Jets on Sunday, who just won its second game of the year after beating the Ravens.