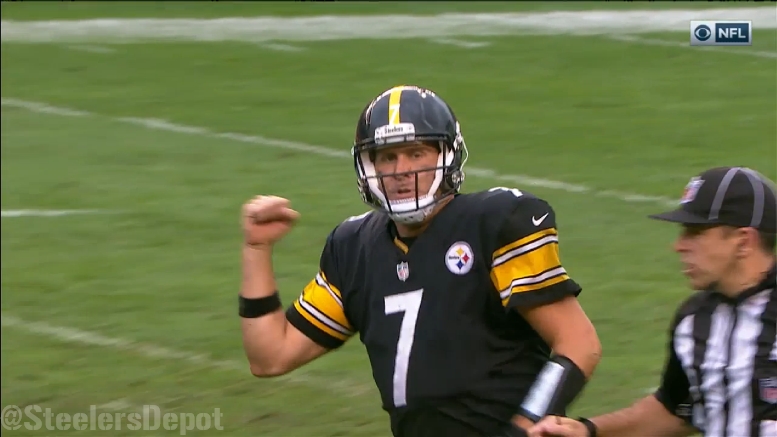 Over the course of the first four weeks of the 2016 season, Ben Roethlisberger has done something that he has never done before in his 12 previous seasons. Yes, he opened the season with 11 touchdowns through the first quarter of the year, but this is a quarterback who had 12 touchdowns in a two-game span.

The aspect of his touchdown tally that I find more interesting is the fact that this is the first time in his career that he has thrown at least three touchdown passes three times in a four-game span. Roethlisberger has had a proclivity for sporadically monstrously productive games, but game-to-game productivity has been more elusive.

He did have a span of five games at the end of last season in which he threw three or more touchdowns three times—and a span of seven games in which he accomplished that feat four times—but he also accounted for just a single touchdown in the three games that lay in between.

The 2015 season was just the third time in Roethlisberger’s career, in fact, in which he has had at least five games over the course of the season in which he threw at least touchdown passes. He also managed to achieve that in 2007 and 2009, but he did so in just 12 games last year.

In the early goings, the future Hall of Fame quarterback is clearly on his way—or more accurately, on pace—to having his most productive scoring season of his decorated career. Roethlisberger’s best season in terms of throwing touchdown passes—32, which he has done twice—actually does not even crack the top 50 best seasons for a scoring quarterback, though it does hold the franchise record.

There are, in fact, over a dozen active quarterbacks playing today who have thrown more than 32 touchdowns in a single season, but I get the sense that Roethlisberger is looking to shattering his own franchise record this year—not for his own personal glory, but because it translates to team success and contributes to the goal of winning a seventh Super Bowl for the Steelers organization.

And it is not as though the offense has been forsaking the ground game when it comes to scoring this season. While the balance is 11 passing touchdowns to only three rushing, the reality is that there have been few opportunities to favor the ground game in scoring position.

No, it is primarily because Roethlisberger and his playmakers have been doing a better job of completing big plays and finishing them off in the end zone. All of his touchdown passes of 25 yards or more came in unfavorable down-and-distance circumstances on deep passes. This was an improved area of his game last year, and that has continued this year, which the numbers show.