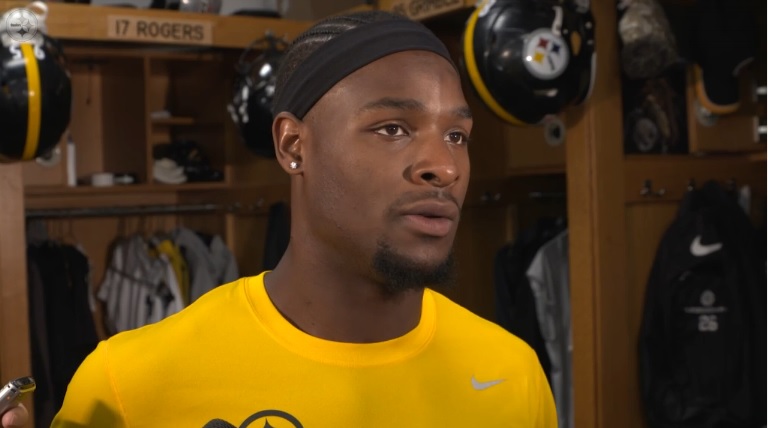 Lot of talk about Le’Veon Bell on here today but well deserved after his spectacular performance, totaling nearly 180 yards from scrimmage in last night’s huge win over the Kansas City Chiefs.

Bell himself spoke to reporters, in a video posted to Steelers.com, and said he came out of the game feeling as healthy as ever.

“Body feels great. I was a little surprised as to how good I feel. But I feel good, I didn’t take too many hits up top. I took one when I was spinning. But that was pretty much it. I feel good overall.”

He began the game a running back masquerading as a wide receiver and didn’t see his first carry until the opening quarter was nearly over. That helped limit some wear and tear, though that wasn’t the catalyst for splitting him out wide so often. It was to simply help get DeAngelo Williams on the field.

“Trying to get me and D-Will on the field at the same time. Trying to utilize both our skillets because obviously, DeAngelo has a great past three weeks before I came. He’s not a guy we need to put on the sideline. He has a skillset we need to use and that’s what we were trying to do.”

Williams finished the day with just four carries but found the end zone once, replacing Bell after a 44 yard run that set the Steelers up inside the five.

Both players have come in with an unselfish attitude about role and playtime. Williams has repeatedly said he doesn’t care what his stats are or how much he plays as long as the team wins. And Bell has made it pretty clear he has no issue sharing time with Williams for the good of the team. Even if that means being a blocker for his teammates.

“Even when D-Will is at running back, going in there and blocking the safety. These dudes are hitting me all game. So I ant the opp to go hit them. Obviously love doing everything and utilizing everything I can do, keep the defense off balanced.”

As David Todd astutely pointed out on today’s podcast, Bell is already in 30th place in rushing yards, though that is before tonight’s game to finish off the week. The Steelers are one of three teams to have two backs in the top 30 in rushing yards. The Cleveland Browns and Oakland Raiders are the other two but Pittsburgh clearly has the most talented duo of the three and arguably, in the entire NFL.