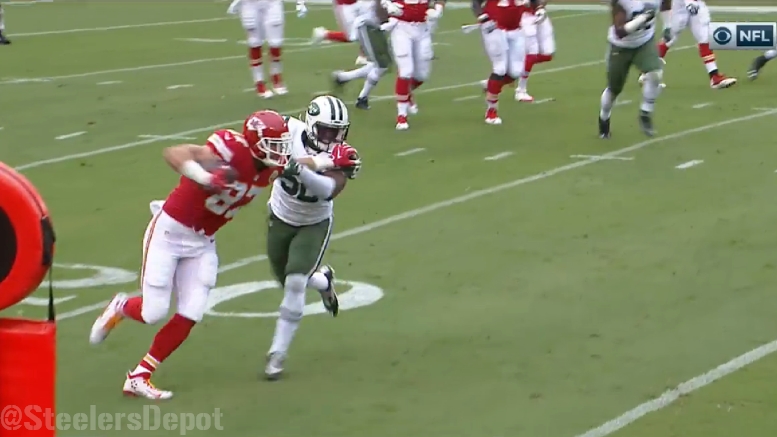 Don’t look now, but the Pittsburgh Steelers are about to have their hands full once again when it comes to running backs and tight ends catching the ball. I already brought to you the lovely stats earlier in the week that demonstrate that Pittsburgh has allowed more receiving yards to running backs by a good margin than any other team in the league, but they also don’t fare particularly well against tight ends, either.

Over the course of the first three games, the Steelers have given up 19 receptions on 34 targets to tight ends for 208 yards, a total that ranks ninth in the league among teams who have not played their fourth game as of yet. And that is just a yard off of eighth place.

Oh, and they are also facing one of the best teams in the league when it comes to getting the ball to their skill position players other than their wide receivers, against whom, admittedly, the Steelers have done comparatively well, surrendering 498 yards to them, which sounds like a lot, but ranks only 21st in the league.

And the Kansas City Chiefs are as likely a team as any to make a big dent in that with running backs Spencer Ware and the returning Jamaal Charles, not to mention the excellent pass-catching wide receiver, Travis Kelce.

Amongst running backs around the league, nobody has more receiving yards than Ware’s 185, and he has done so on just 10 receptions, with a long of only 45 yards that shows that one outlier does not badly distort that total.

Only Greg Olsen of the Panthers, who has 259 receiving yards, has more than Kelce’s 197 yards amongst tight ends around the league, and it should go without saying that that should be a cause for concern for the Steelers, especially when you consider their injuries at safety and inside linebacker.

The Chiefs have the top back in the league in terms of receiving yardage and the second tight end, all the while getting back one of the great pass-catching running backs of this generation in Charles, though he is expected to be limited.

And they are expecting to contend with this group of players without Robert Golden and Ryan Shazier, with Sean Davis perhaps significantly limited, and with Lawrence Timmons coming off a shin injury that sent him to the hospital. To all this I say, good luck with that, Pittsburgh.