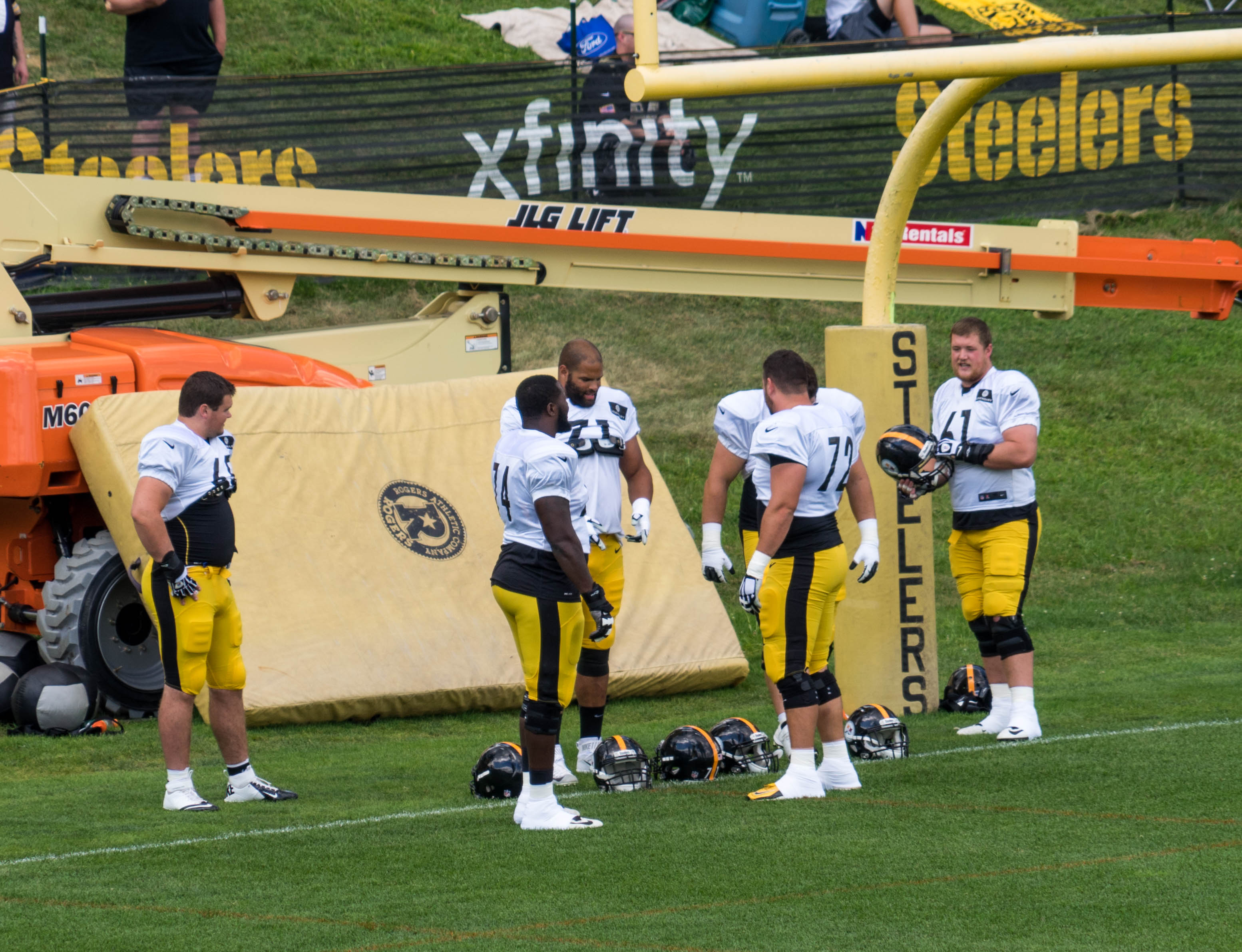 The Pittsburgh Steelers are currently very seriously looking at the prospect of starting third-year offensive lineman Chris Hubbard at right tackle on Sunday, making his first career start, and the first meaningful snaps of the season as an offensive lineman.

That might be bad enough in and of itself, but the problem with that is that they don’t have any depth behind him or Alejandro Villanueva right now with neither Marcus Gilbert nor the team’s swing tackle, Ryan Harris, able to practice.

It would seem that perhaps the Steelers are giving Harris until today to see if he can practice in even a limited capacity just for the ability to dress as a break-glass-in-case-of-emergency option, something that Gilbert once did himself during his rookie season.

The team has even worked starting center Maurkice Pouncey at tackle in the event of an in-game emergency, but the bottom line is that, even with the return of Ramon Foster to the starting lineup, the Steelers are still down three offensive linemen, and only have enough healthy bodies to dress six as it currently stands.

That is quite simply not enough, as the Steelers really don’t even have a realistic emergency tackle option that I’m aware of, such as a Matt Spaeth. Perhaps Cameron Heyward would be the oh-my-goodness-what-is-happening-how-did-we-get-to-this-point tackle.

As a bonus question, assuming that the Steelers did not call up Feiler and actually carried six linemen into the game on Sunday, would the team consider pulling Hubbard for performance issues, or only in the event that he actually gets injured? Pulling him with require—apparently—moving Pouncey from center to guard and plugging B.J. Finney in at center.

The teams is in far from ideal circumstances right now as it pertains to the offensive line, down a starting lineman as well as, ostensibly, both of their top game day reserves. Imagine was sort of position they would be in if Foster was unable to work his way back this week. They would have five linemen, with two players in the lineup with very limited playing time. Not good.