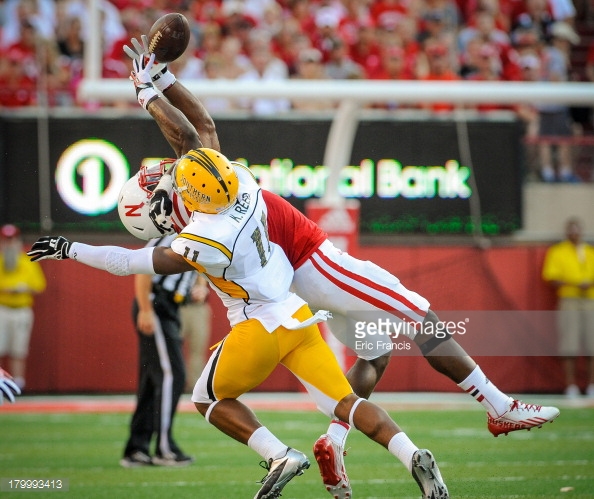 Now that the 2016 preseason has come to an end, NFL team’s will be required to trim their rosters down to 53 active players by 4 p.m. EST on Saturday. Ahead of that deadline, some teams have already started to make their final roster cuts and while many, many more are forthcoming, two players who were set free on Friday could quite possibly pique the interest of the Pittsburgh Steelers.

First, the Buffalo Bills have reportedly parted ways with veteran slot cornerback Sterling Moore. If you remember, the Steelers brought Moore in for a free agent visit in March of 2015. After leaving Pittsburgh without a deal, he ultimately went on to sign with the Tampa Bay Buccaneers. In the 16 games that he played in last season with the Buccaneers, Moore registered 45 total tackles, 6 passes defensed and 1 interception. He started 9 of those 16 games and played a total of 707 defensive snaps in addition to 92 total special team snaps.

Also on Friday, the Tennessee Titans reportedly waived rookie cornerback Kalan Reed, who was this year’s Mr. Irrelevant, which is the designation given to the last player selected in the annual draft. The Southern Mississippi product was a 2015 first-team All-Conference USA selection who set career highs as a senior with 56 tackles, four interceptions and 19 pass break-ups. It’s also worth noting that Reed reportedly visited with the Steelers in some form or fashion prior to the 2016 NFL Draft. During the preseason, Reed was credited with 7 total tackles, 2 passes defensed and 1 interception.

Now, these aren’t likely to be the only two cornerbacks who will be cut between now and Saturday evening that will be easy to link to the Steelers as possible additions. However, the team should definitely consider adding one from outside the organization in the coming days with cornerback Senquez Golson expected to be placed on the team’s Reserve/Injured list on either Sunday or Monday.