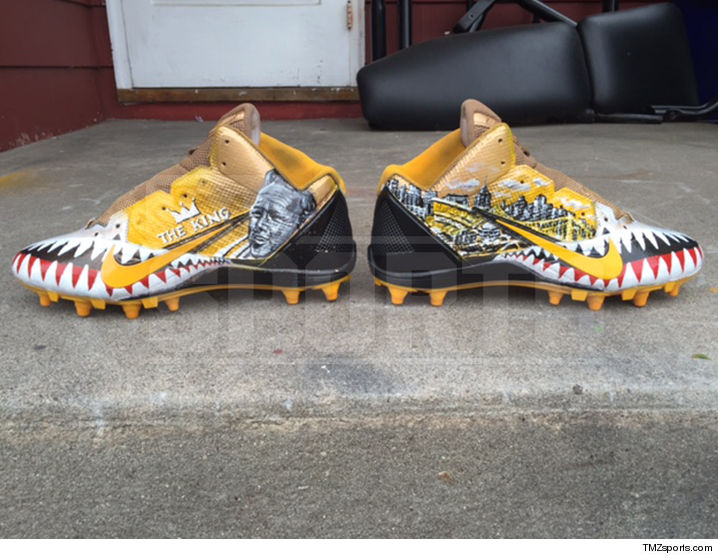 Brown, who wore custom blue cleats that had images of his kids painted on them in last weekends loss to the Philadelphia Eagles, will wear another pair of custom cleats Sunday night that will not only match the Steelers colors, but will also include an image of Palmer on them.

Browns new cleats were reportedly customized again by Corey Pane, according to TMZ. Last Sunday, Brown was told by the officials at halftime to change his blue cleats if he wanted to play in the second half and he obviously obliged their request.

During this year’s Steelers training camp, Brown was able to spend some time with Palmer at the Latrobe Country Club, which is right down the road from Saint Vincent College. Brown posted a picture of him relaxing with Palmer on his Twitter account afterwards.

“A guy like Arnold, his legacy and what he meant not only to the world, but to Latrobe, to Pennsylvania, his legacy will live on,” Brown said, according to ESPN. “An inspiring guy. I’m glad I got a moment to share with him.”

Here’s to hoping that Brown won’t get any grief Sunday night from the officiating crew for his new cleats.