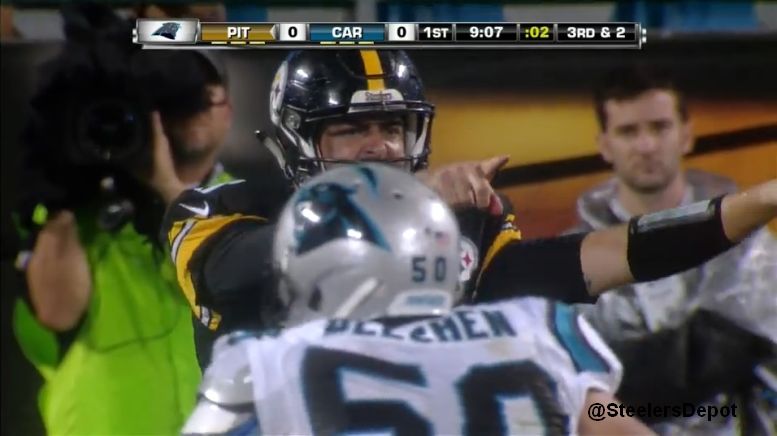 One blemish on the Steelers’ report card this week. Let’s take a look.

This one was tough for me. I know on first glance, it looks pretty obvious Fitzgerald Toussaint screws up here, the safety coming free and dropping Landry Jones. But I was trying to rack my brain for any other rationale because it seems like such a rookie mistake for a guy who has been in the league a little while now. And Toussaint even steps to the inside initially before releasing, as you’ll see in the GIF below.

But I can’t come up with another explanation. The safety rotates down late but Jones points him out and makes some sort of call/alert.

It’s half slide protection with the LT and LG in man-to-man and center B.J. Finney beginning the slide (Matt Feiler may have taken false steps here, not sure).

Thinking about these two units “reading the triangle,” you’d likely have. 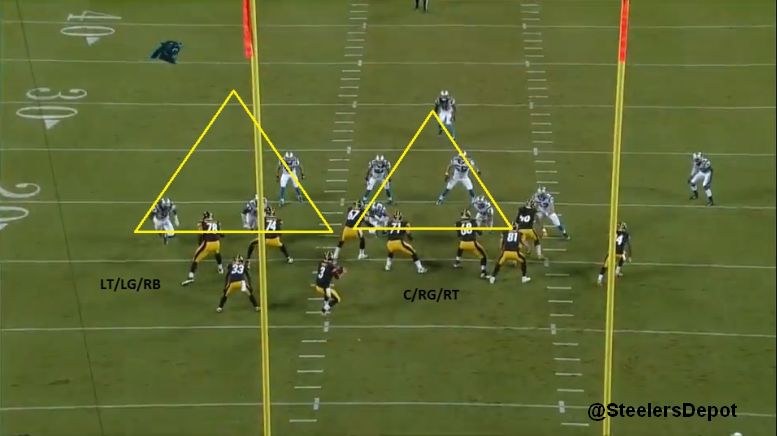 If the SAM or WILL rushes, the offense is no longer “safe” and the ball must come out hot. However, only the safety rushes.

Maybe there has some check where the ball is supposed to come out hot to Toussaint. He turns around immediately after passing the safety but Jones never sees him and never even looks to that side. To think that’s the case, and the issue is Jones’ fault, would be a much bigger leap than I’m willing to take. 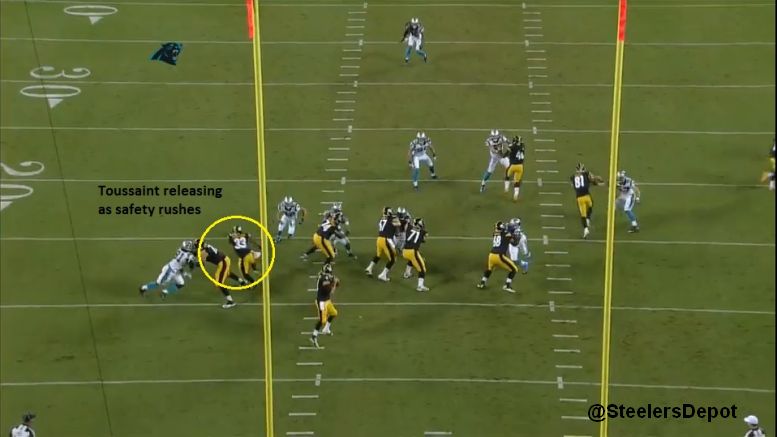 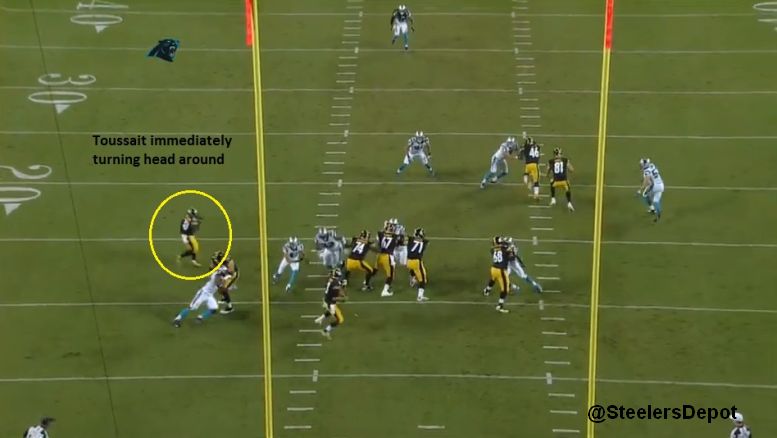 Let’s go with Occam’s Razor. Simplest answer is often the correct on. Mental mistake by Toussaint.