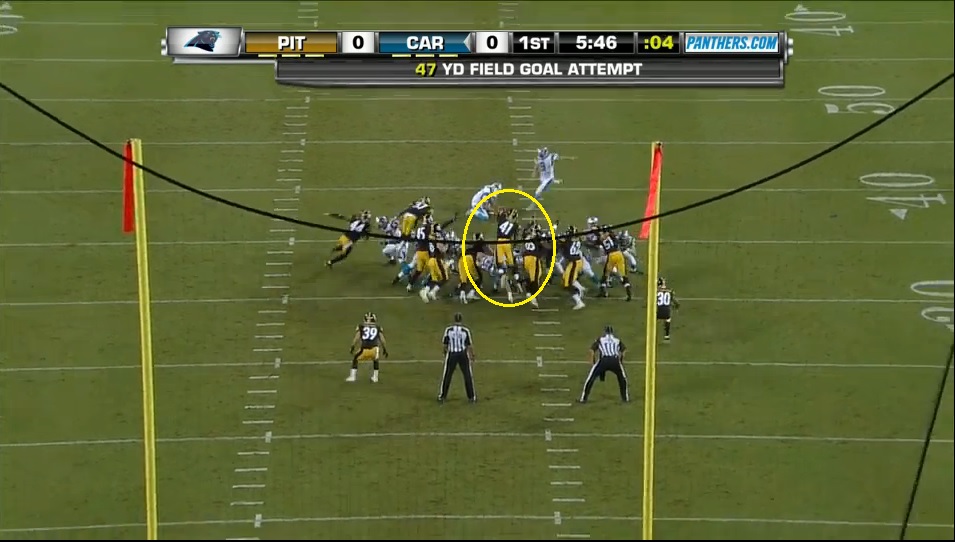 Quick game notes from the Pittsburgh Steelers’ 18-6 preseason finale loss to the Carolina Panthers. Keeping it short because I’m sure the interest level in this is relatively low.

– Nice decision and cut by Toussaint to plant upfield and pick up about seven yards. Hard run.

– Sometimes, the offensive tackle will pass set to influence the OLB and get him upfield, taking him out of his run fill. Happens here against Arthur Moats. 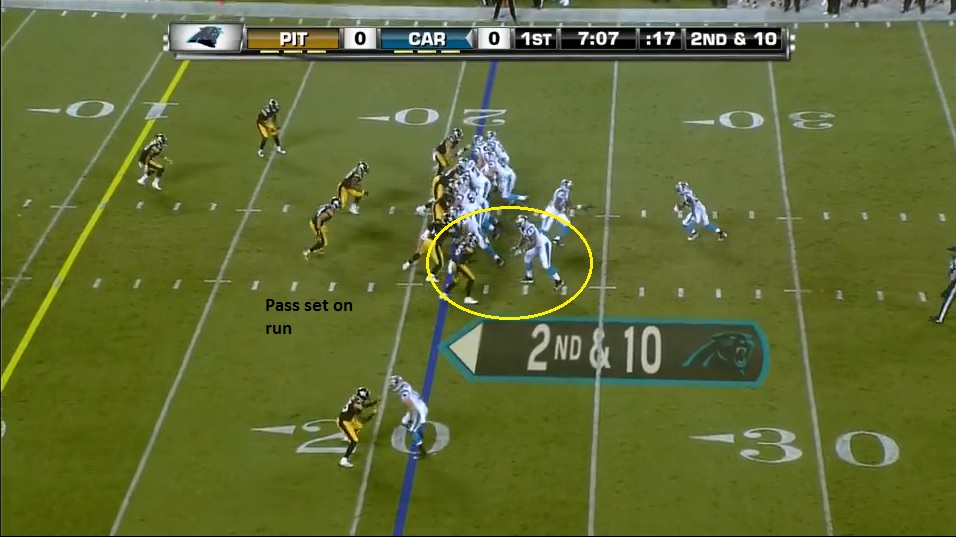 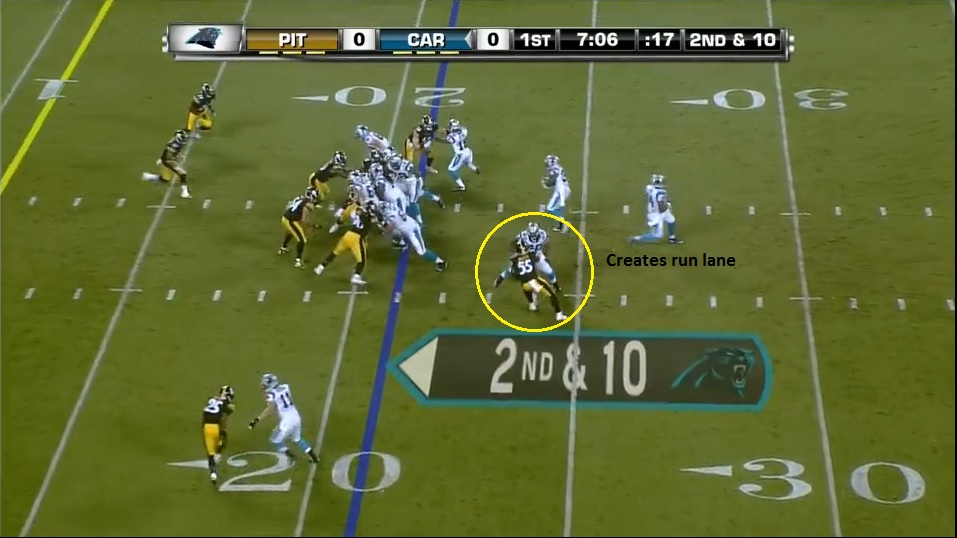 – The Steelers were putting Feeney along the A gap on the field goal block unit. Good place for his 40 inch vertical.

– Artie Burns losing contain on this run, giving up the perimeter and an 18 yard gain. 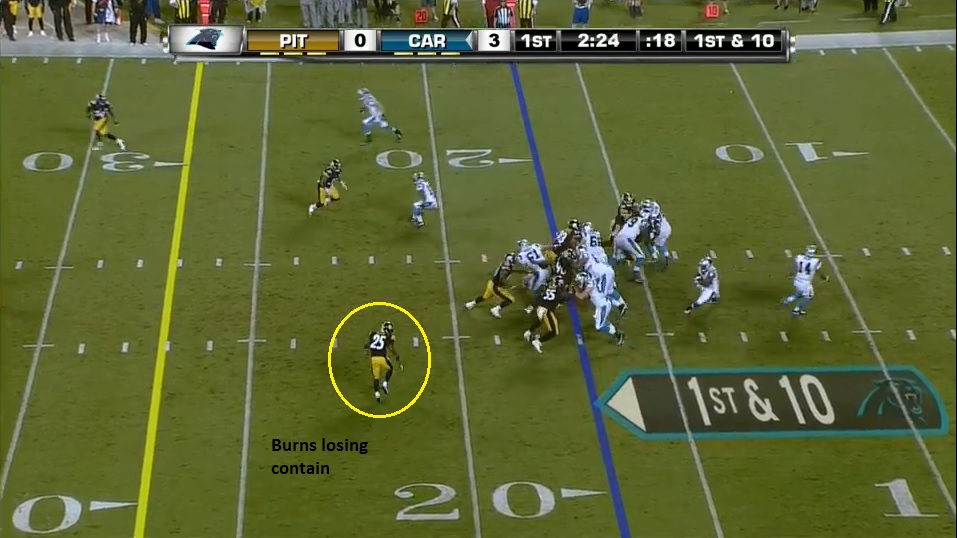 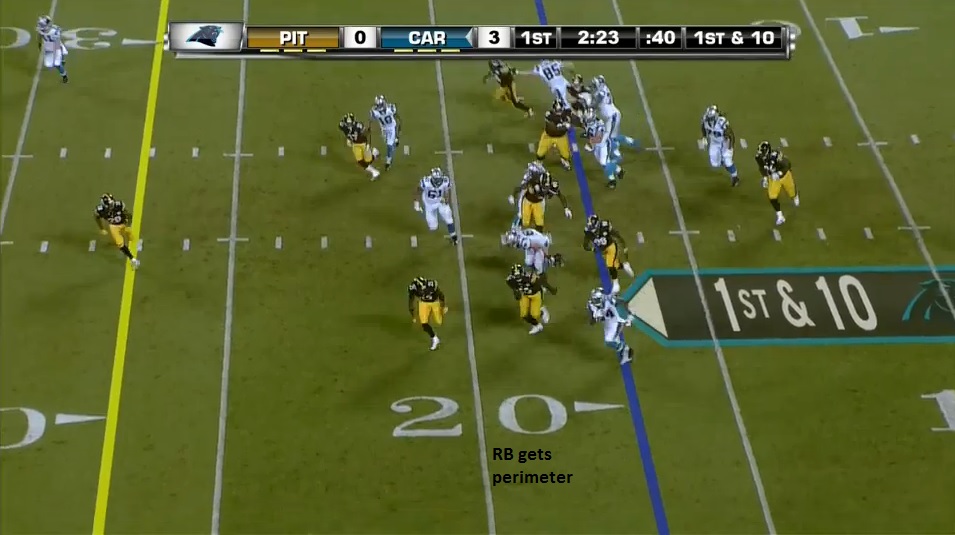 – Nice job by L.J. Fort at sifting through the trash. His run defense has been strong all camp.

– Good combo block by Matt Feiler. Push on the first level defender, gets to the second level. 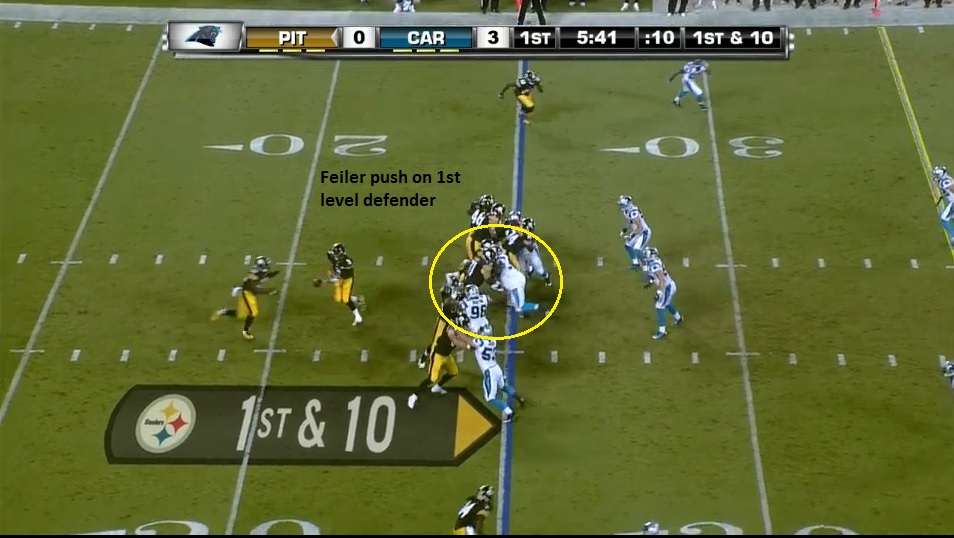 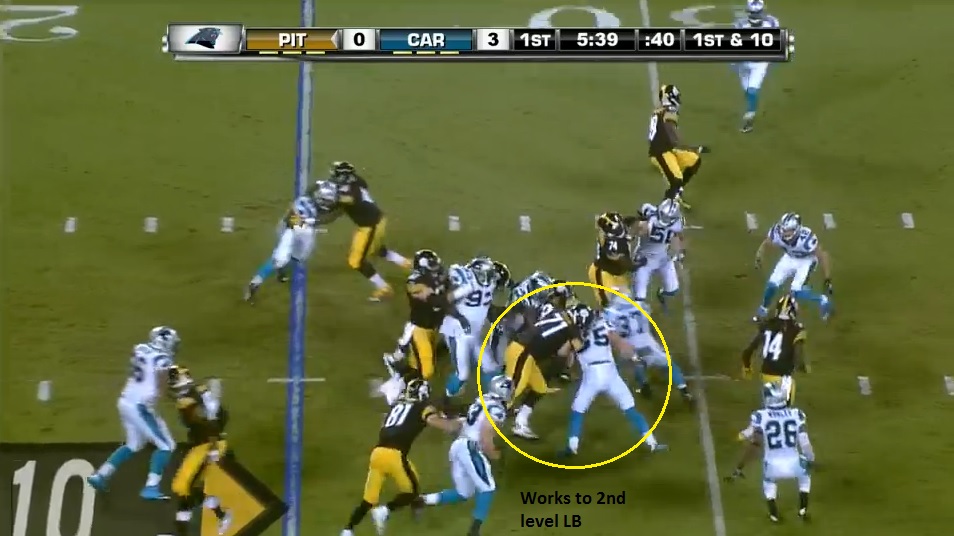 – Javon Hargrave still has an issue of getting off the ground. Off his feet too often. Harmful in run or pass. Here, he loses his rush lane integrity and the QB nearly gets an escape lane. 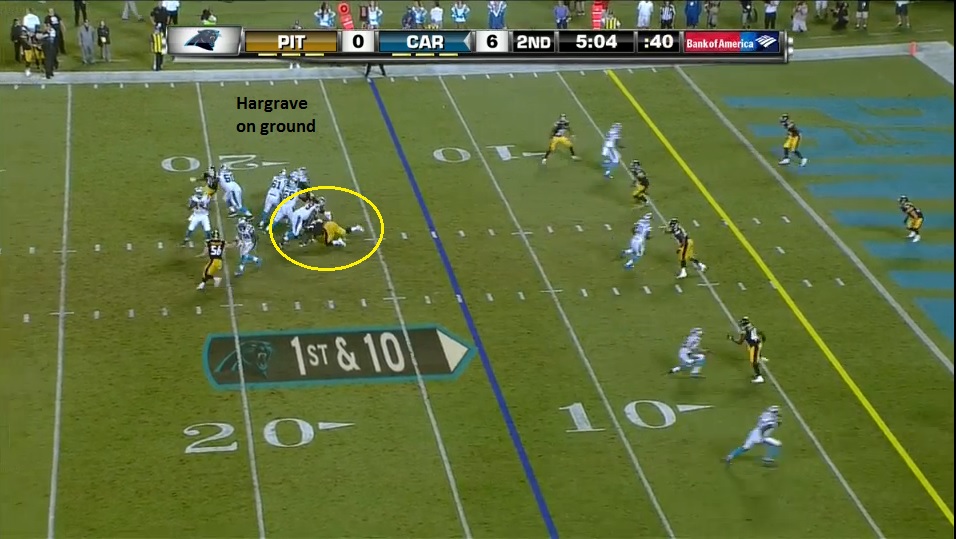 – Like Demarcus Ayers’ effort on this stalk block. High effort for a little guy. 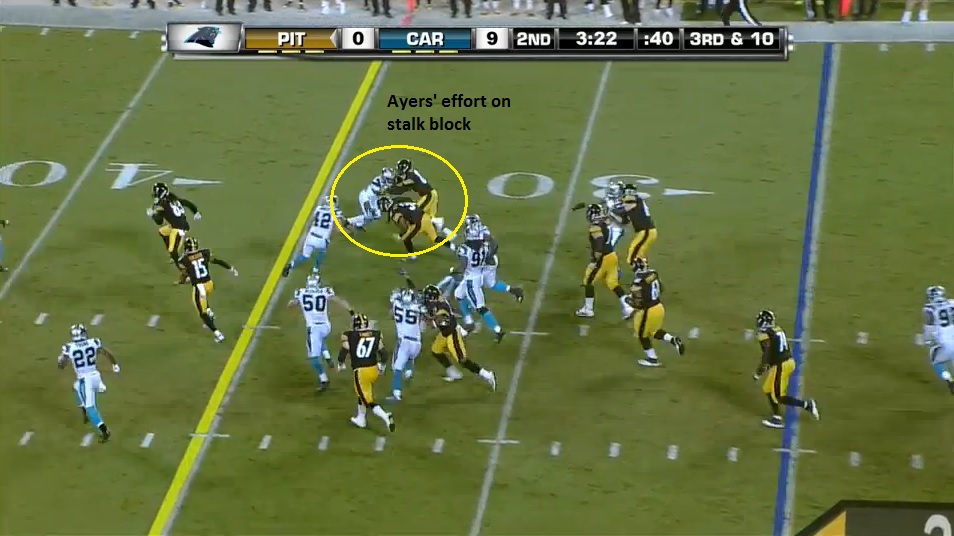 – Hargrave on the ground again. 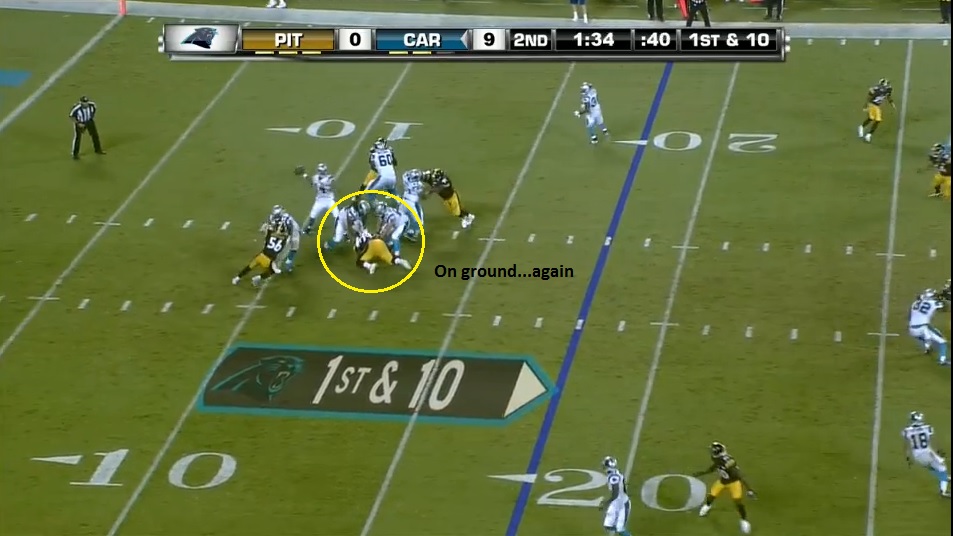 – On second glance, this reception was probably Doran Grant’s fault. Didn’t pattern read and carry #1 vertically on this 4 verts concept. Compare Grant to Burns at the top of the screen, who carries #1. 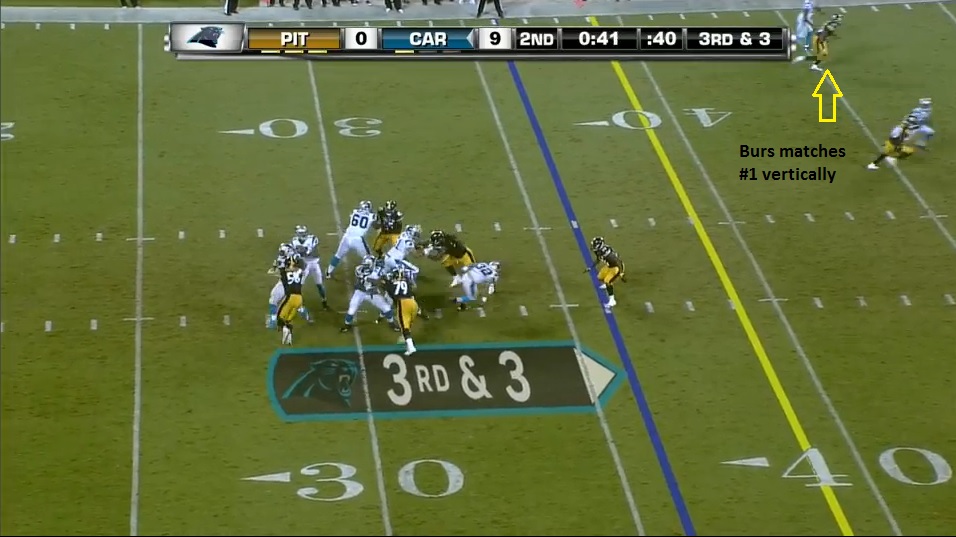 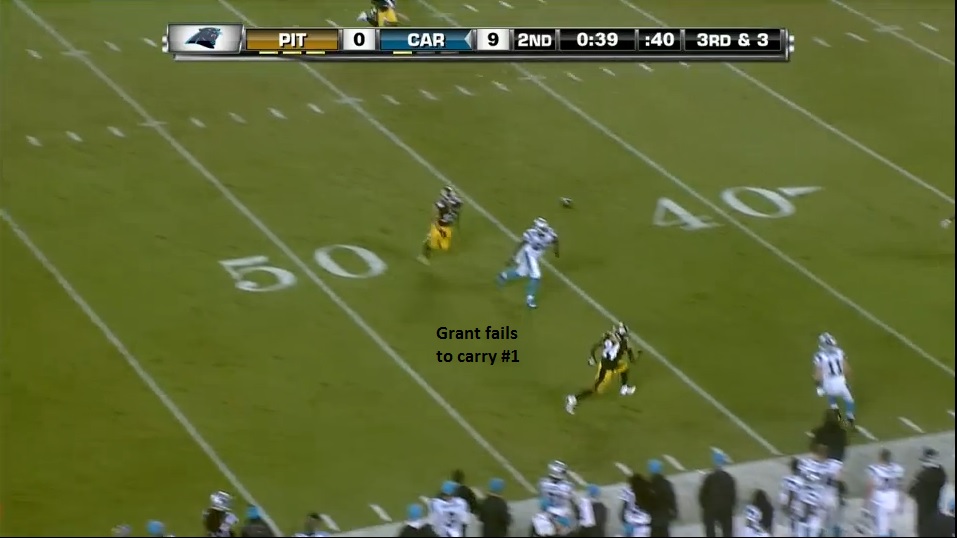 – Steelers forced to run a 4-3 as a base and 3-3-5 in subpackage because of the injuries to Travis Feeney and Anthony Chickillo. Rasco was literally the only guy left. Made judging the defense really difficult and the run gap integrity was a total mess. 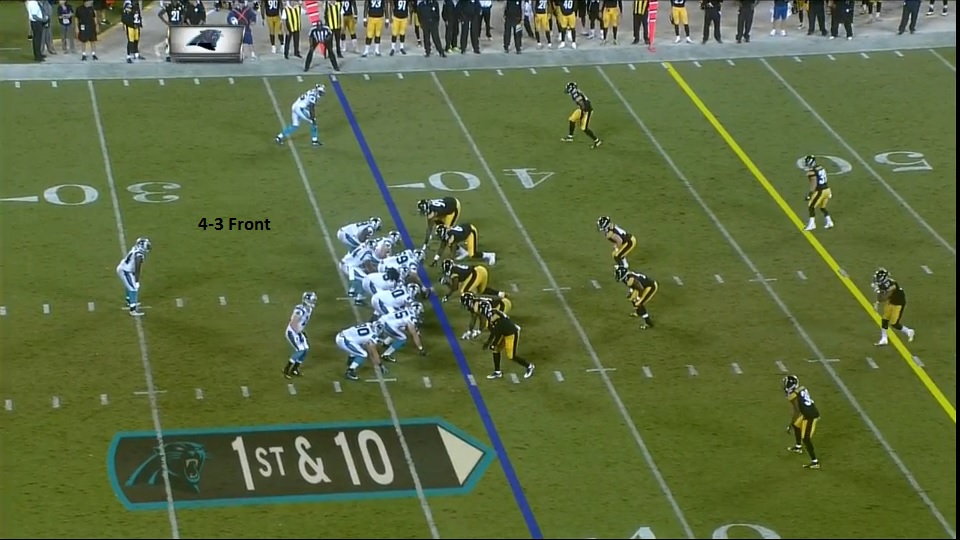 – Johnny Maxey strong at the POA. Can definitely see why he made the practice squad. He’s at LDE here.

– Like the technique by Sean Davis. Near shoulder, near leg, drive through with force. 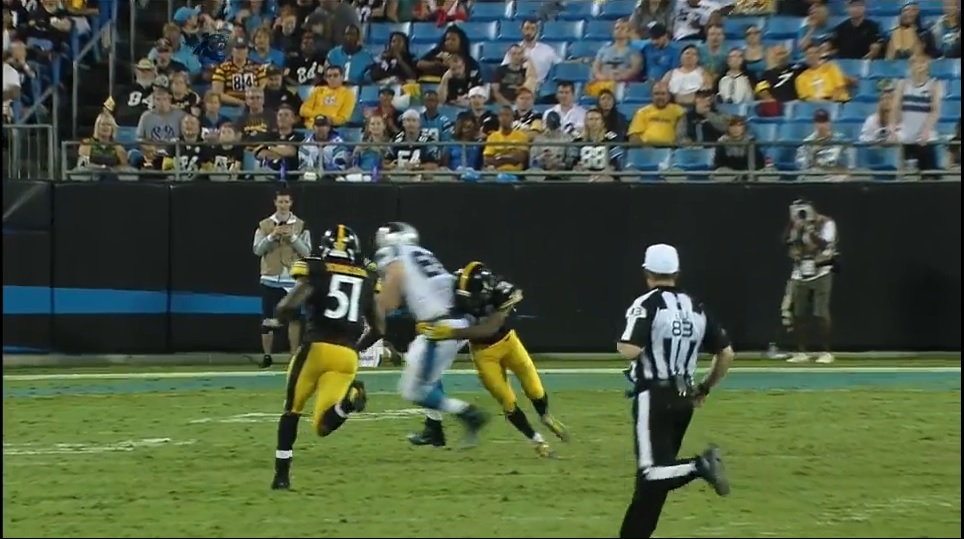 – Split second too long to react but like seeing Ayers work away from the LB and get himself open. Moves the sticks. 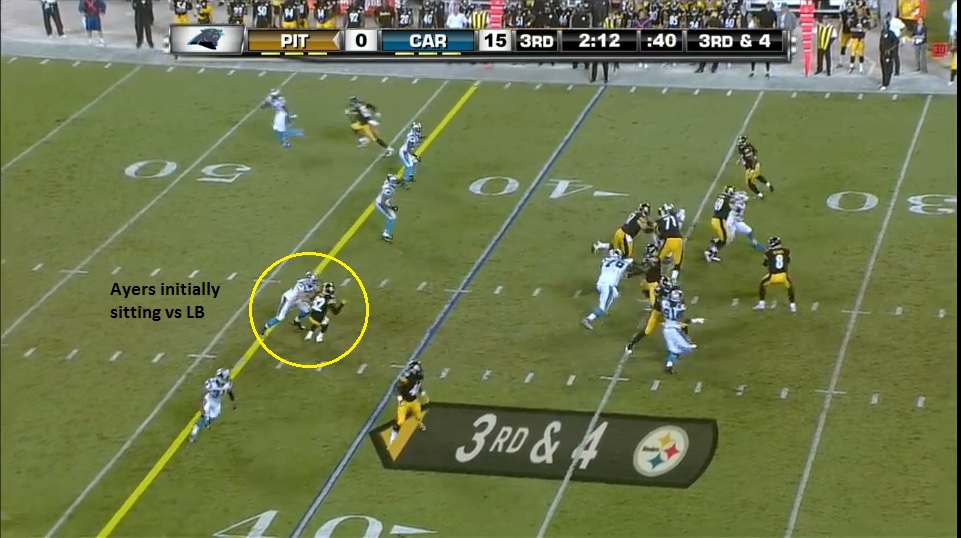 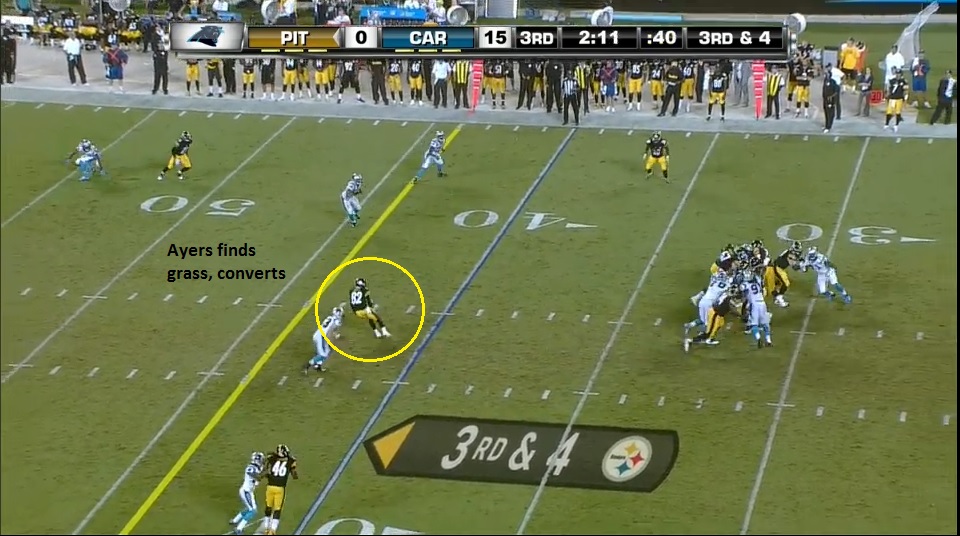 – Life motto: Be as happy as Antoine Everett. 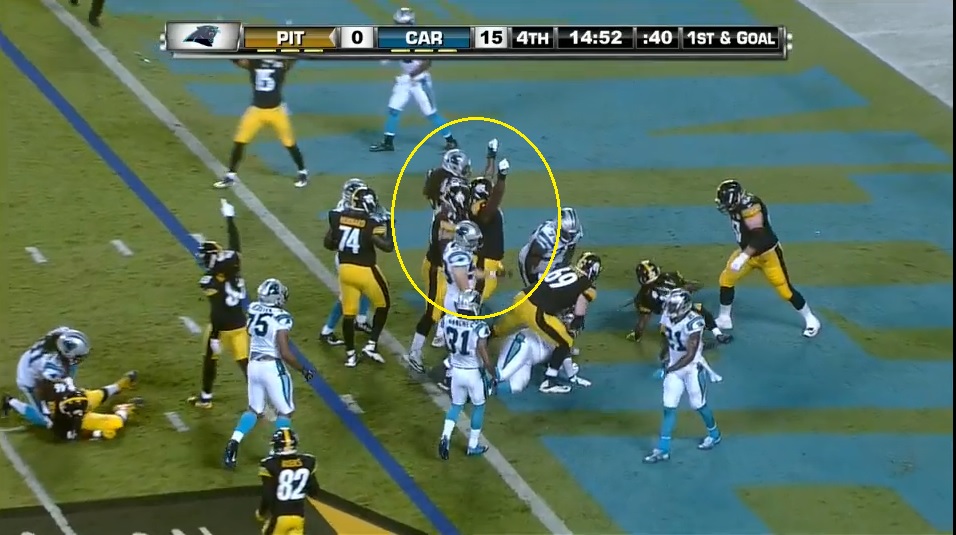 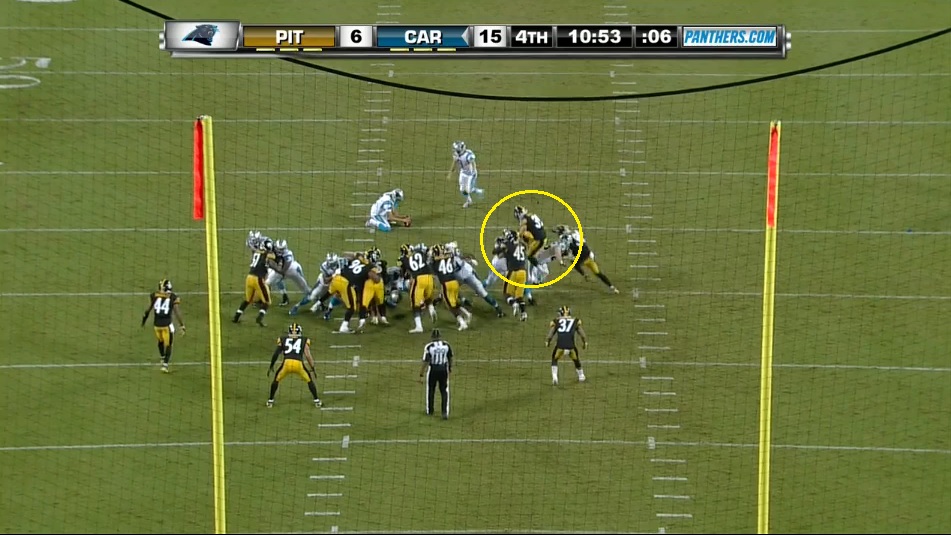