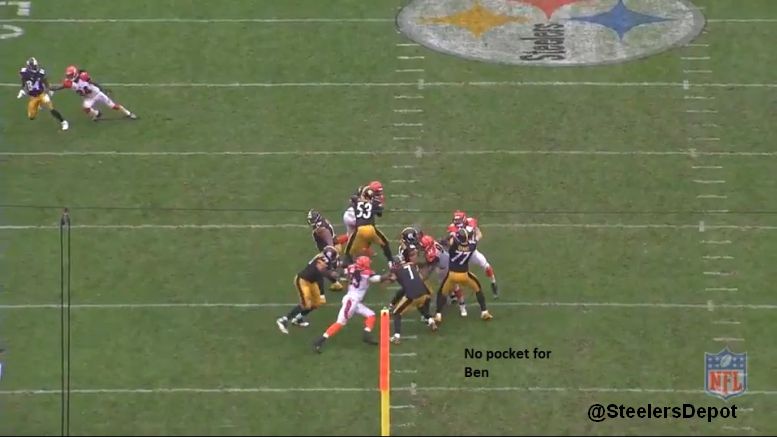 Another week, another game with just one sack allowed. Let’s take a look.

1. 1st and 10, 10:12 2nd. 11 personnel. Five block vs a four man rush. Bengals are in man coverage with a two deep shell. No one gets open and there’s nowhere immediately for Ben Roethlisberger to go with the football. 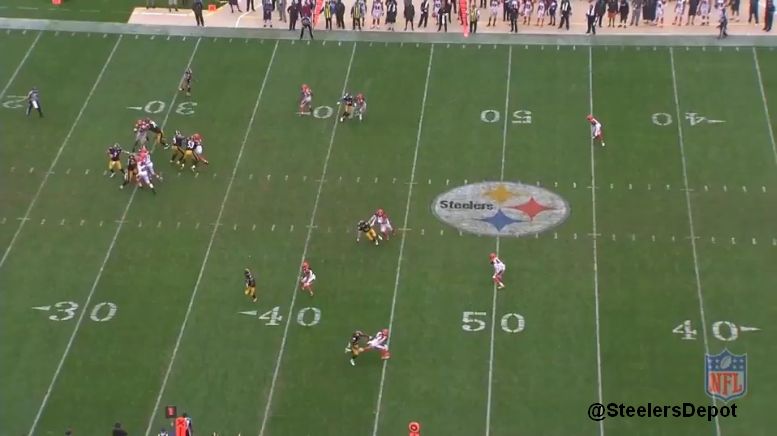 Along the line, there are two main problems. Geno Atkins walks back right guard David DeCastro in the pocket, creating interior pressure and not giving Ben Roethlisberger a lane to step up into. 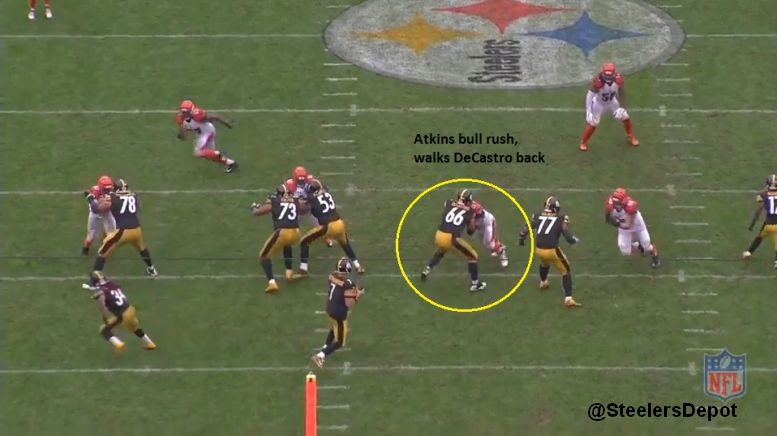 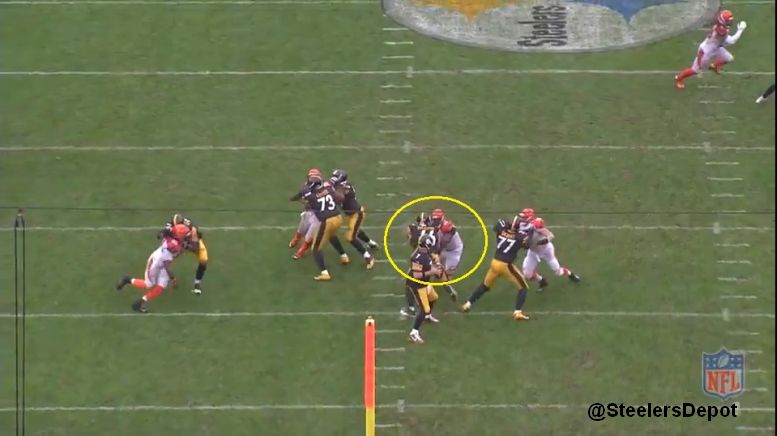 On the left side, Alejandro Villanueva appears to try to short/jump set Will Clarke, usually reserved for when the ball is supposed to come out quickly. Instead of getting depth and using a normal kickslide, Villanueva plays the role of aggressor and is much flatter on his slide in the hopes of making initial contact first.

There’s certainly nothing wrong with that and it’s common and a good thing for linemen to mix up their sets so the defender can’t get comfortable. Keep them on their toes. 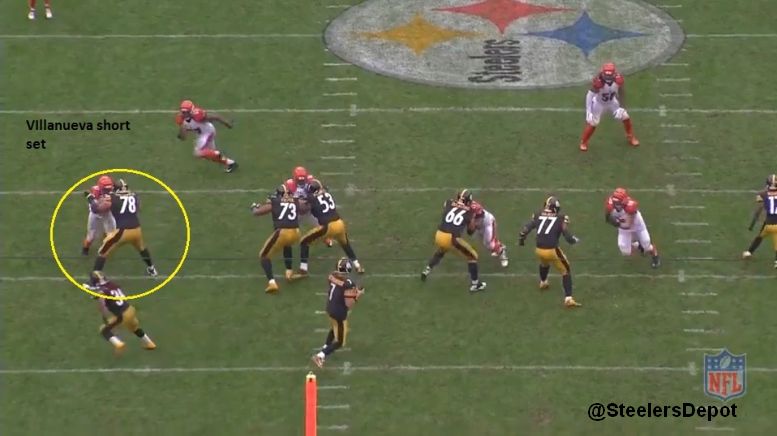 But Villanueva’s technique seems poor here. His hands are outside of Clarke’s chest, who gets into Villanueva’s body and into control.

Clarke is able to disengage, get under the left tackle’s pads and track down Roethlisberger. 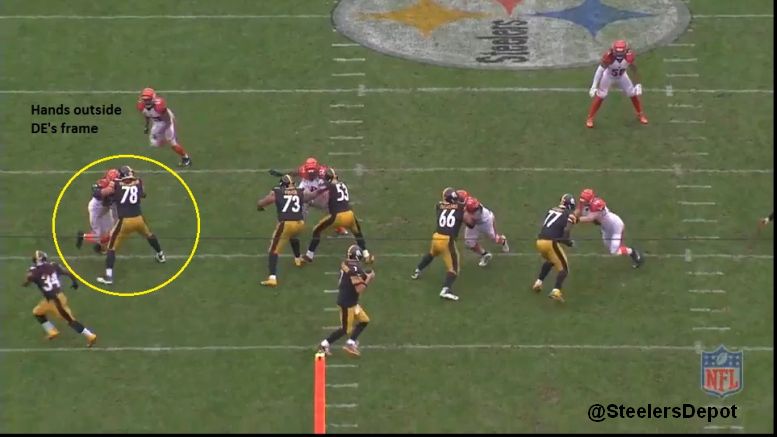 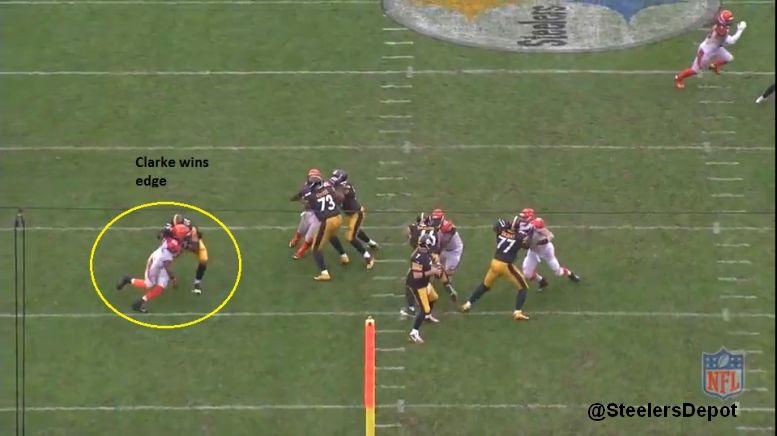 With no room to step up, Roethlisberger goes down. Sure, you can argue he needed to flush to his right but I’m more willing to put the blame on the line for not creating a clean pocket, especially on just a four man rush.

Both linemen get some of the fault here.