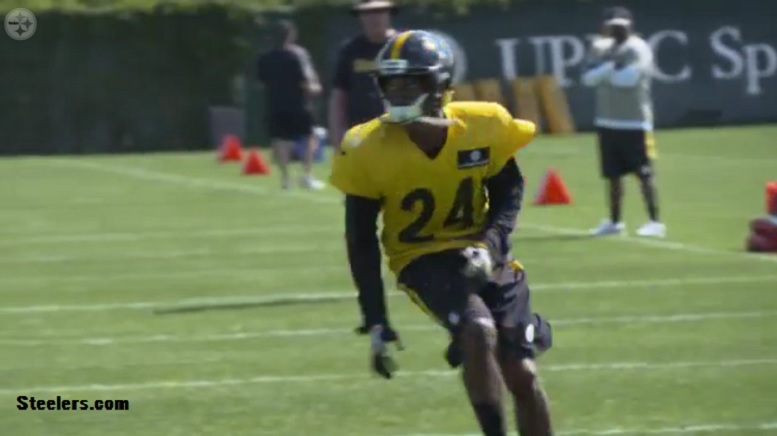 I talked yesterday about the fact that, while the Pittsburgh Steelers did set second-year wide receiver Eli Rogers back to receive the opening, and sole, punt of the game last week against Washington, the actual role of the punt returner is still very much unresolved, not the least reason being the small-as-possible sample size.

But I also find myself wonder whether and when we might see Justin Gilbert lined deep to return a kickoff. Even though it is certainly true that fewer and fewer kickoffs are being returned—and admittedly that seems to be the case through one week of this season—there is always the possibility for a quality return.

During the season opener, the Steelers had second-year wide receiver Sammie Coates lined deep to return kickoffs, with running back Fitzgerald Toussaint. Washington kicked off five times during the game, and none of them were returned by Coates.

In fact, only one kick per team—and one punt per team as well—was returned throughout the game, and for the Steelers, it was Toussaint who returned a bit of a rolling kick, while their lone return against them was due to a person foul penalty that forced them to kick off from the 20-yard line.

Steelers head coach Mike Tomlin has a somewhat unusual penchant for nearly exclusively using only offensive players for his return men over the 10-year history of his being with the Steelers, and that goes a long way toward explaining why Coates, who has no history of returning kicks throughout either his college or professional career, was given the job.

Coates served as the Steelers’ kick returner in the first half of the first three preseason games this season, and, if I recall correctly, he returned only two of them, one that failed to reach the 25-yard line and another that came off a squib kick and was returned for about 17 yards.

The Steelers did trade for Gilbert for a reason, and I would certainly imagine that his potential to be used as a kick returner was a factor in that equation. It is noteworthy to consider the fact that he is listed as the second-team kick returner, even though he has only been with the team for a short amount of time.

That leads me to wonder whether or not it is their intention to work him in as their kick returner, but that they simply felt that it was too early to do so in the first game of the season, before he has had any in-game experience with the team or even much practice time working with the special-teams unit.

Last season, Gilbert returned 12 kicks for 339 yards, averaging 28.3 yards per return. During his collegiate career, he recorded six touchdowns as a kick returner. He certainly has the speed and the return ability to justify giving him a chance. I suspect that they will, at some point. Whether or not that will be today, or next week, or the week after, I can only speculate.