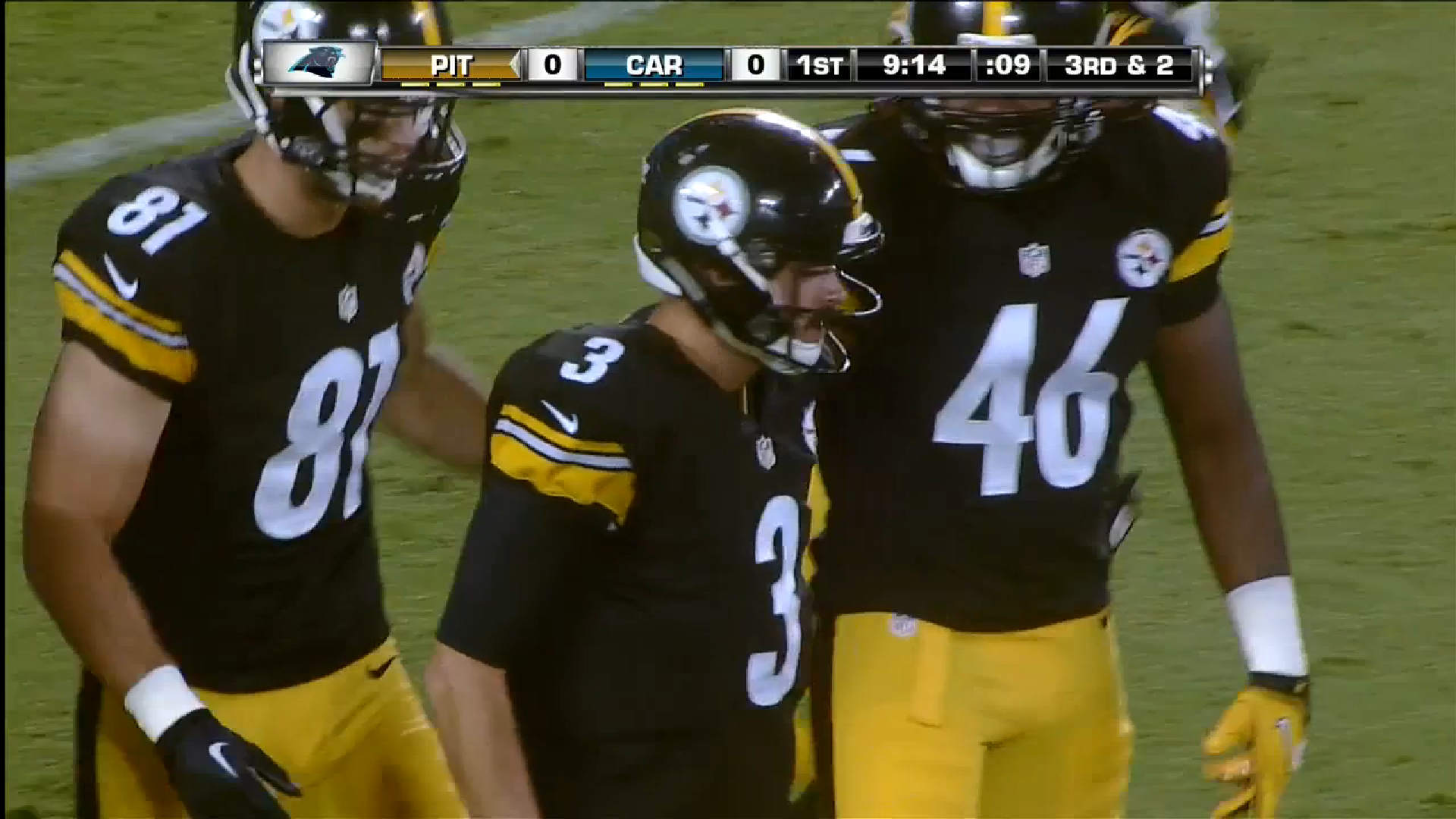 Who would have that when he was drafted that Pittsburgh Steelers tight end Jesse James would be starting the season opener a year later? Actually, I think a surprising number of people may have held to that belief. But in this instance it is only due to the retirement of Heath Miller and the fact that Ladarius Green, his replacement, is on the Physically Unable to Perform List.

While he spent the first half of his rookie season on the inactive list, James was active for the rest of the year, and he certainly had a fair number of quality plays, including a touchdown, a two-point conversion reception, and a few key blocks.

Still, he was understandably inconsistent, and he has shown himself to remain a similar player through the preseason. I have a hard time imagining that the Steelers will not have some noteworthy struggles at the tight end position, even when Green does return, especially when it comes to blocking.

He did manage to get to the defensive end on the first play on a run of a short gain. The back picked up six yards on the second play, but much of the credit goes to himself. James pulled from right to left on the play, but it was the back’s patience and cut that put the tight end in position to obstruct the linebacker from making the play. Of course, he was also already standing over the gap, while James had to cross the formation.

A bit later in the quarter, the Steelers passed out of a 12 look, with James lined up in the right tackle’s pocket. This is a fairly typically assignment the team gives to their tight ends, as James was asked to block the defensive end in isolation, and on this occasion he did a perfectly fine job in keeping the pocket clean for a deep pass attempt.

A few plays later on that same drive, the offense asked James to get on the move again on the run, but on this instance it was to little avail. Lined on the left side this time, the tight end pulled around the right guard, but he hesitated in the gap, which helped to cause the running lane to close, the play gaining just a yard.

The Steelers went three and out early in the second quarter on a drive that began with a false start, but in spite of that, they had just one yard to gain on third down. James was a factor in them not getting that yard. Providing aid to the right tackle, the tight end was late in trying to come off the block to pick up the linebacker coming around the edge, who promptly made the tackle in the backfield.

I know that Jesse James has a lot of fans here, and he obviously has some good things, but the bottom line is that the team is going to have not insignificant issues from time to time with him running as their top tight end. Especially at this point in his career, because he still has plenty of room to grow. But he needs to become a more decisive and assignment-sound resource.