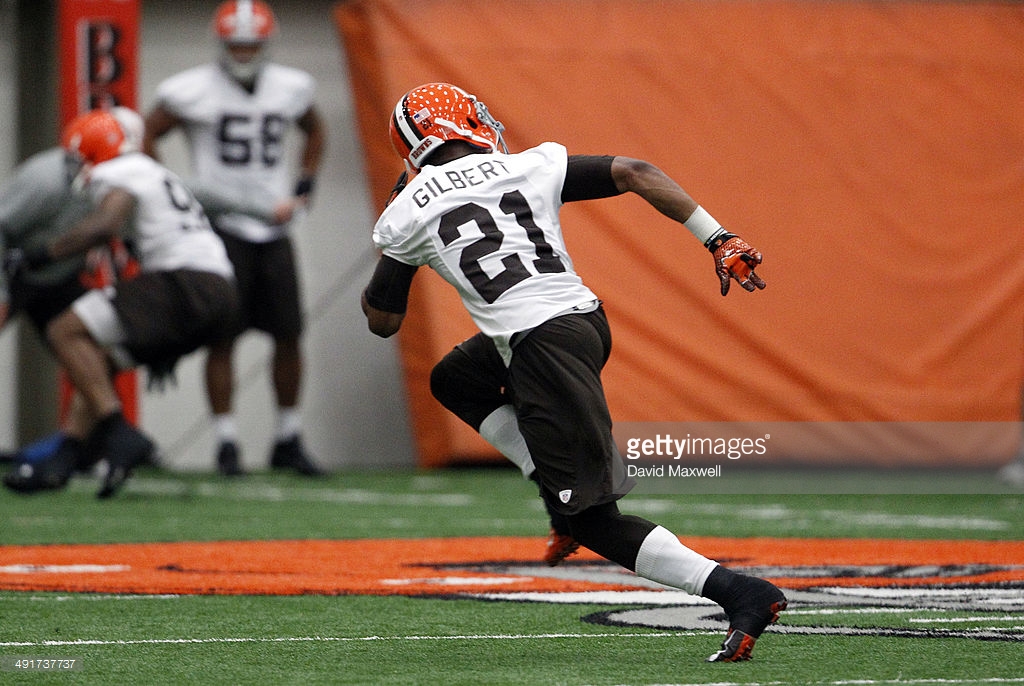 The Pittsburgh Steelers acquired cornerback Justin Gilbert from the Cleveland Browns via a trade this past Saturday and now that the dust from that deal has finally settled, we now look to the future to see how he might ultimately wind up being used on both defense and special teams.

Recently, Steelers defensive coordinator Keith Butler was asked by Missi Matthews of steelers.com to recall his thoughts about Gilbert ahead of the 2014 NFL Draft.

“I know he was highly thought of in our draft room,” said Butler of Gilbert. “We had him rated fairly high. We felt like if he dropped to where we were than we would have a chance to get him and we really were kind of hoping we would get him. Of course he went with the eighth pick and so we couldn’t get up that high to get him, but we felt like if things didn’t work out in Cleveland then maybe we would get a shot at him and of course it happened.”

While Gilbert won’t likely see any playing time on defense with the Steelers for several weeks, it’s very likely to happen at some point. With that said, Butler hopes the veteran leadership the team currently has in the defensive back’s room will help Gilbert quickly acclimate himself to way the Steelers do things. From there, Butler hopes Gilbert will ultimately reach the potential he showed in college that resulted in him being drafted in the first round a few years ago by the Browns.

“One man’s garbage is another man’s treasure and hopefully he’s our treasure,” said Butler of Gilbert.

While Gilbert might be weeks away from contributing on the defensive side of the football now that he’s in Pittsburgh, the fact that he has history as a kick returner could result in him seeing the field in the very near future. Steelers special teams coordinator Danny Smith recently sat down with Bob Labriola for an interview and he was asked to recall what he remembers about Gilbert as a kick returner when he was coming out of Oklahoma State.

“He was excellent coming out of college,” said Smith. “He hasn’t been as productive as he hopes to be, or we hope for him to be at this level, just yet. We just got him. I’m just getting to know him. I’ve spent some time with him, I like him, I’m not concerned about his history, I’m concerned about his present with me. And he and I got some things brewing and he and I got some things working. I need to see him in action.

“He’ll get reps in the practice field that will carry over into game settings and well use him accordingly as he grows and the way we do it. I’m not saying what they [Browns] do good, bad, or ugly, I’m just talking about the Steeler way and it is a good way, and it is an effective way. And I need to get that across to him and he needs to accept that and we’re on that path right now.”

Smith went on to say that Gilbert already possesses great traits when it comes to him possibly establishing himself as one of the league’s better kickoff returners in the future.

“The two things that I remember the most is that he has excellent speed and he’s fearless and they’re two great qualities as a returner,” said Smith of Gilbert. “I’ve got to get a better feel for his vision, I’ve got to get a better feel for what he likes, what he doesn’t like, what he’s better at, those kind of things. But a good start is speed and fearless and he has both of those qualities and I’m looking forward to working with him.

The Steelers will get their 2016 regular season underway Monday night on the road against the Washington Redskins and it will be interesting to see if Gilbert is allowed to dress for that contest being as he is so new to the team. If he doesn’t get a helmet Monday night, that very well might be the last time he shows up on the team’s inactive list for the remainder of the year as he’s likely to be the team’s kickoff returner sooner rather than later.