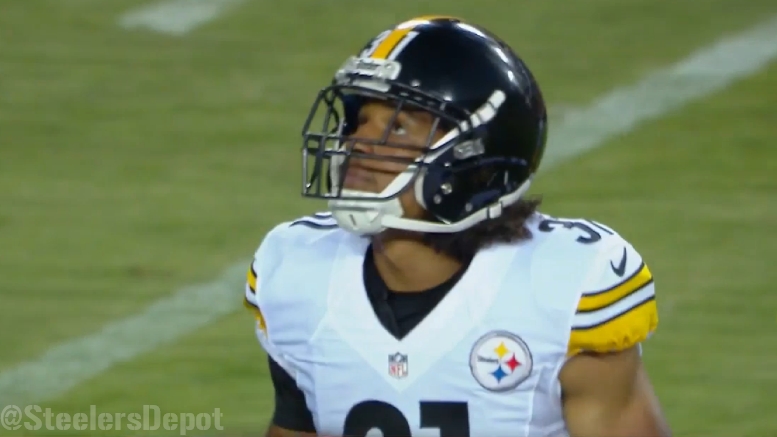 There may be those who are making light of Jets cornerback Darrelle Revis for getting beaten deep two games in a row, insisting that he is finally hitting the downward curve of his career in a hurry, but the Pittsburgh Steelers cornerbacks who will have to defend one of those players who beat the All-Pro—Cincinnati Bengals wide receiver A.J. Green—are taking nothing away from the pass catcher, who caught 12 passes for 180 yards and a touchdown in that first game.

Green, a former top-five draft choice, has certainly given the Steelers a hard time over the course of his career, as he has many teams, but he has it in for the division rivals more than he does any other team that he has played more than twice.

The All-Pro wide out has gone against the Steelers 10 times in his career, and while the Bengals have lost seven of those games, Green has averaged 93.7 yards per game with six touchdowns, catching 69 passes for 937 yards and averaging 13.6 yards per reception.

In the two regular season games last season, Green caught 11 passes for 118 yards and the game-winning touchdown in the first go-around, and followed that up with a six-reception, 132-yard, one-touchdown game, including a 66-yard score, although the Bengals lost in that effort.

It will be up to the likes of William Gay, Ross Cockrell, and Artie Burns to prevent him from having a repeat performance, which has been an all too frequent occurrence, as players of his caliber are much more easily contained than stopped outright.

Cockrell, who was the one who gave up the game-winning score against Green in the first meeting in his first season with the Steelers, told Chris Bradford of his performance against the Jets that “he did what he always does”, calling him “an explosive receiver, and a vertical threat”.

The rookie Burns told Bradford that Green is a rare player, saying that “his combination [of size and speed] is unique”. “You don’t find guys with that type of speed, that type of length, and that type of aggressiveness. Sometimes, you might find two out of three, but you won’t find the whole package”.

Burns is one of those players who is hoping to become the whole package himself. He has solid size and solid speed for his position, but, at the moment, he is working on just establishing for himself a regular role on the defensive side of the ball, currently being used as the dime defender a scant number of times per game.

Said Cockrell, “we’re just going to try to disrupt him as much as possible at the line of scrimmage. We’ll use different people, different combinations and different schemes. We’re going to try and disrupt the timing that Andy Dalton and A.J. Green have built up over the years”.

“We’re going to be as disruptive as possible. That’s our goal as a defense this year”. Good luck with that against Green, Ross.