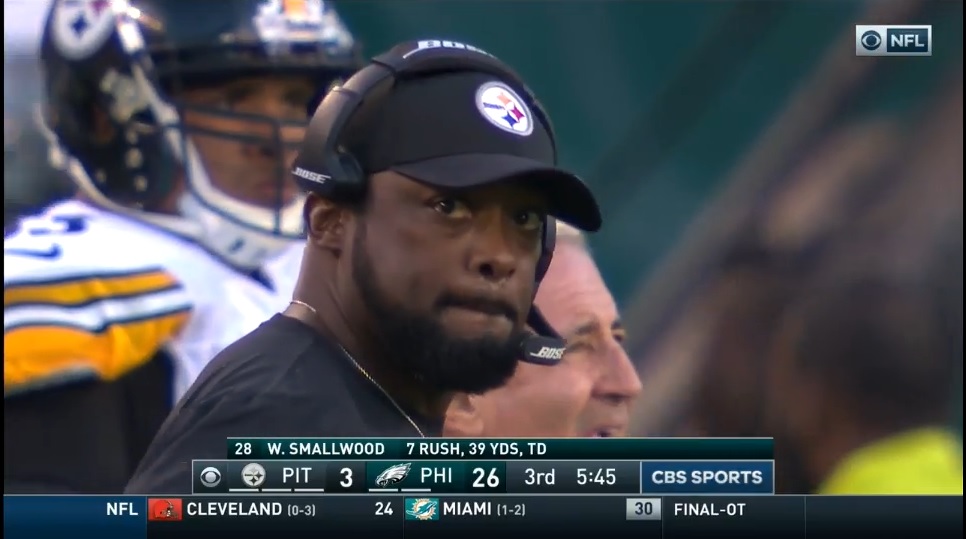 – Let’s start with the score. 34-3. It’s the Philadelphia Eagles’ biggest margin of victory against the Steelers since 1965; ironically enough, the same year Pittsburgh last won in Philadelphia. When the Steelers hosted Philly that year, they got toasted 47-13.

All those losses came in Pittsburgh, meaning this was the largest defeat to Philly in Philly. Ever. The previous margin was 27.

– Remember when the Steelers dominated rookie QBs? That era may be over.

Since 1960, Carson Wentz is the first rookie QB to ever throw for at least 300 yards, two touchdowns, and zero interceptions against the Pittsburgh Steelers.

The last time a rookie played even remotely this good against Pittsburgh? Jake Plummer in 1997, a game in which the Steelers would win.

– Since 2000, the Steelers were 27-4 in games where a rookie quarterback threw at least 10 passes. They hadn’t lost against a rookie since 2012 when Brandon Weeden and the Cleveland Browns won.

– The last time Ben Roethlisberger went back-to-back games with a sub-55% completion rate and held under 260 pass yards was the start of the 2014 season against the Baltimore Ravens and Carolina Panthers.

– Steelers running backs combined for just 22 yards today. Last time that happened? You gotta go all the way back to 2006, pre Mike Tomlin, when Willie Parker did just that in a 27-0 loss to the Ravens. Another one of those ugly games you try to forget about.

– The Eagles ran for 125 yards and two touchdowns today. First time that’s been done to the Steelers since the Browns in 2014.

– Roethlisberger was sacked four times in the loss, the most times he’s been taken down since November 17th, 2014.

– The Steelers hadn’t had a blocked kick since 2011, the only time it’s happened since 2007. It breaks a streak of 163 straight unblocked field goals, not including extra points.

– A Roethlisberger led Steelers team hadn’t been held to 15 or fewer first downs since 2013, a loss against the Cincinnati Bengals.

– Last week, the Steelers allowed just one rushing first down. This week? Ten.