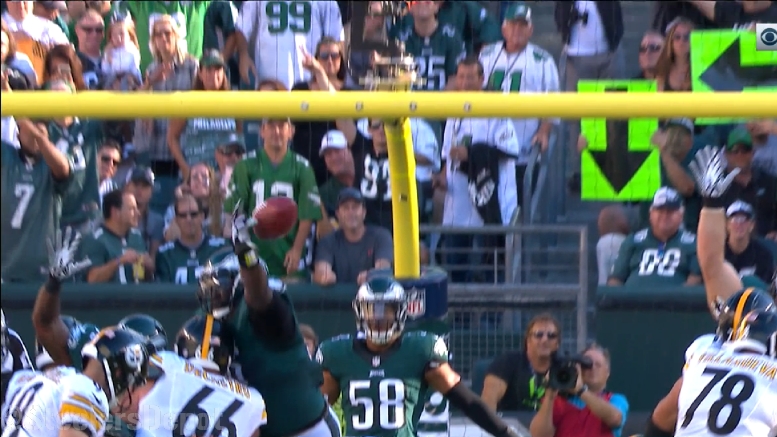 It is hard to imagine a game in recent Pittsburgh Steelers memory in which a higher percentage of the sum total of all things that could go wrong actually went wrong. The team went into the third game of the season averaging 31 points per game on offense, while allowing nearly half of that on the defensive side of the ball.

They finished the evening with just a single field goal for their efforts, while allowing 34 points on defense. Ben Roethlisberger threw an interception in the end zone and lost a fumble on one of his four times being sacked, after he was sacked just twice in the first two games.

Very few things actually managed to go right on the day, with perhaps the sole highlight being another strong performance from second-year punter Jordan Berry, who I’m only mentioning in this article simply to squeeze in a drop of positivity after a highly dispiriting game. He averaged 49.7 yards on three punts on the evening.

Back to the negativity, the Steelers have now gone three straight games in which they allowed both a 300-yard passer and a 100-yard receiving game, though this time the big receiving game came courtesy of running back Darren Sproles, who posted gains of 40 and 73, the latter going for a touchdown. Those were the first two plays of 40 or more yards the defensed had allowed this season.

Offensively, there wasn’t much to be had on the ground, as DeAngelo Williams had just one run of note, a 13-yarder. He had just seven other carries and they went for a combined eight yards. It did not help that Ramon Foster left the game late in the first half.

Speaking of injuries, the Steelers were certainly not short of those. Though we will recap that more fully elsewhere, Pittsburgh had a number of players leave the game with a variety of injuries. Most significant appears to be a shin injury suffered by Lawrence Timmons that sent him to the hospital, but Robert Golden and Eli Rogers also suffered game-ending injuries, while others came and went through the game with ailments of their own.

Had that not been enough, the missed tackles, many from their young players, such as rookie cornerback Artie Burns, helped the Eagles offense rush for 125 yards on 30 carries, with a pair of rushing touchdowns. Rookie quarterback Carson Wentz also threw two touchdown passes while the Eagles did not turn the ball over.

To top it off, the special teams had a field goal blocked and twice failed to reach the 20-yard line while taking the ball out of the end zone. On offense, a number of drops, including two or three from Markus Wheaton, one of which should have been a touchdown on the opening drive, routinely stalled drives.

The defense allowed the Eagles to for 4-for-10 on third down, 3-for-5 in the red zone, and 2-for-2 in goal-to-go situations, while the Steelers went 0-for-2 in the red zone and never had a goal-to-go opportunity. That pretty much sums up the game in which it seemed that just about everything that could go wrong did. Oh, and they failed to record a sack, yet again, nor did they turn the ball over, for your cherry on top.