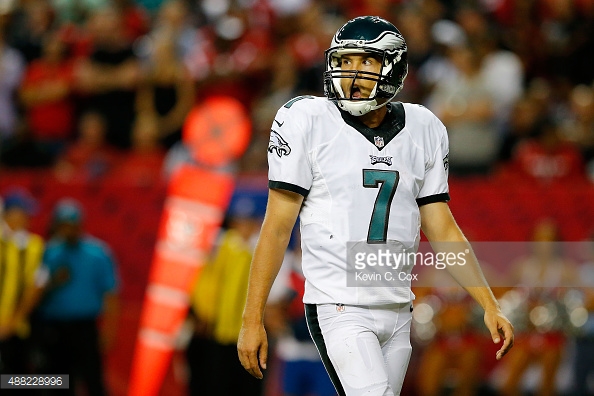 That face up above? I think that represents all our reactions.

Reports have the Eagles getting the Vikings 2017 first round pick and a 2018 undisclosed pick, rumored to be a fourth.

The Vikings are clearly doing this deal to get them a starting quarterback and save their season after losing Teddy Bridgewater to a devastating knee injury that even puts his 2017 status in doubt.

The Steelers travel to Philadelphia in Week Three. Instead of seeing Bradford, they are likely to face Chase Daniel, signed to a three year, $21 million deal in March. Daniel has never thrown a pass against the Steelers before.

Internally, this is certainly good news for Steelers’ fans. Trading Bradford almost feels like giving up on the season before it begins. Despite his injury history, Bradford was a good-enough starter whereas Daniel is still practically an unknown with two career NFL starts.

The Eagles’ offense already figured to be a weakness with an oft-injured Ryan Matthews and a wide receiver core led by Jordan Matthews and – gulp – Zach Ertz. The offensive line is a mess and will be without right tackle Lane Johnson for the first ten weeks, obviously including the Steelers game.

UPDATE: Carson Wentz is likely to start the Eagles’ opener.

#Eagles are planning on starting Carson Wentz against the visiting #Browns if he's recovered enough from his rib injury, sources said.