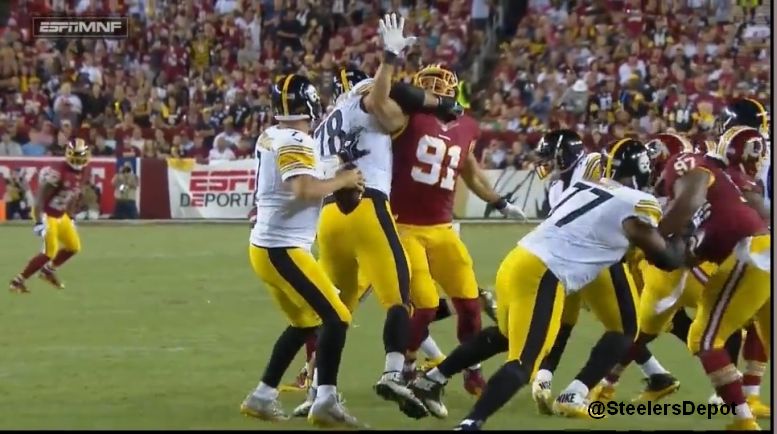 Only one blemish on the docket this week. Not too shabby for Week One. Let’s break it down.

From our 30,000 foot view, where people like me will always be perched, it’s difficult to discern when things go wrong. When it goes right, and everything works as intended, it’s simple to breakdown. But when there’s a mistake? Different ballgame.

On the snap, Ben Roethlisberger’s first read is Antonio Brown.

It looks like it could be a smash concept against Washington’s cloud coverage. Roethlisberger winds up and looks poised to hit Brown on his corner route. But Brown, maybe this was a correct sight adjustment, maybe not, chooses to sit down. 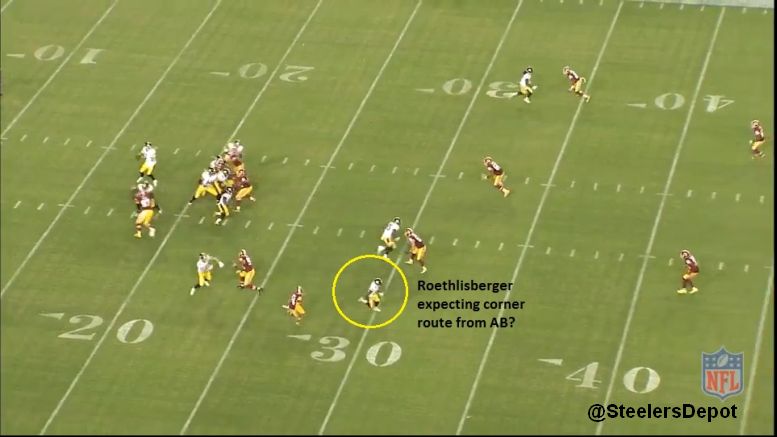 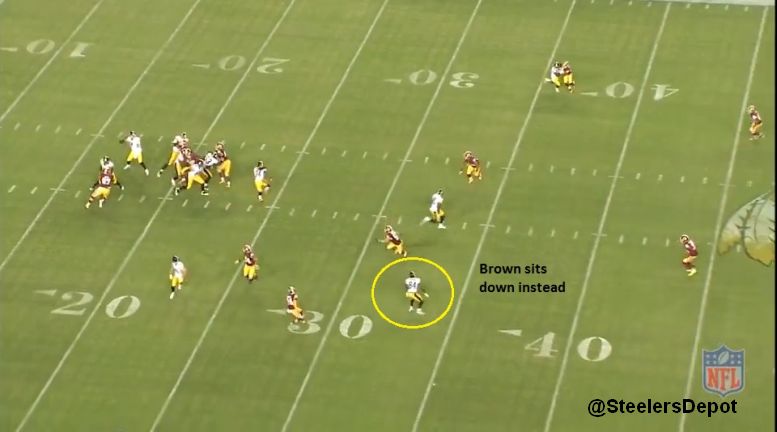 Both guys are incredibly bright and know this offense front and back. Normally, it’s easy to just blame the receiver but here, when it’s AB, it is a little muddier.

This apparent miscommunication makes Roethlisberger hesitant, internally debating if he should fire it to where Brown has settled.

Along the offensive line, Washington’s RDT and RDE slant down a gap. Alejandro Villanueva does a nice job of sealing Ryan Kerrigan inside and in most cases, wouldn’t have allowed pressure. 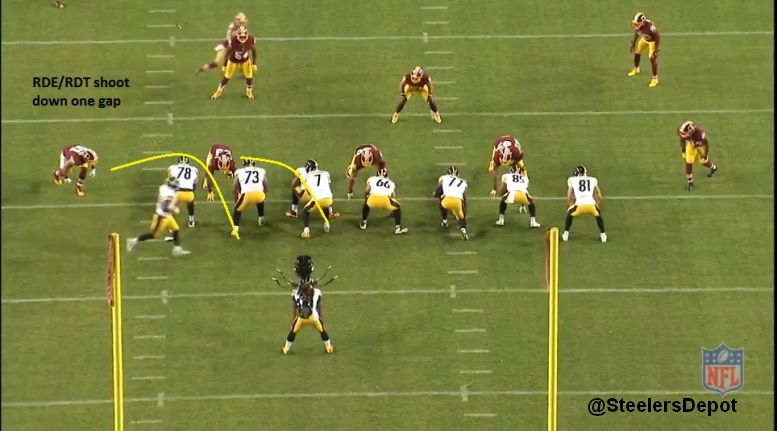 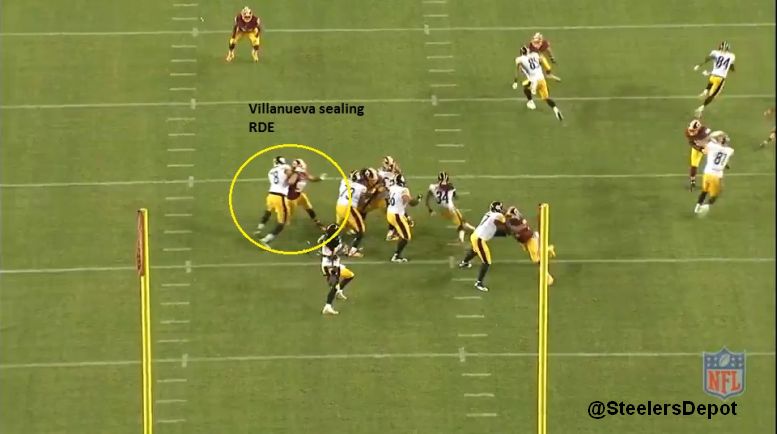 But Kerrigan, using his height advantage, is able to rip under and keep his right arm free.

Because Roethliserger is hesitant, he’s late to move to his next read and find DeAngelo Williams on a checkdown. He stays on his landing spot, doesn’t move the pocket, and holds the ball too far away from his body.

I know Roethlisberger is looking to hit Williams on the checkdown, and that may be an explanation why one hand is off the ball and away from his body, ready to throw, but he has to move the pocket and escape the potential rush first. Even just a slidestep to his left is enough space created to get away. 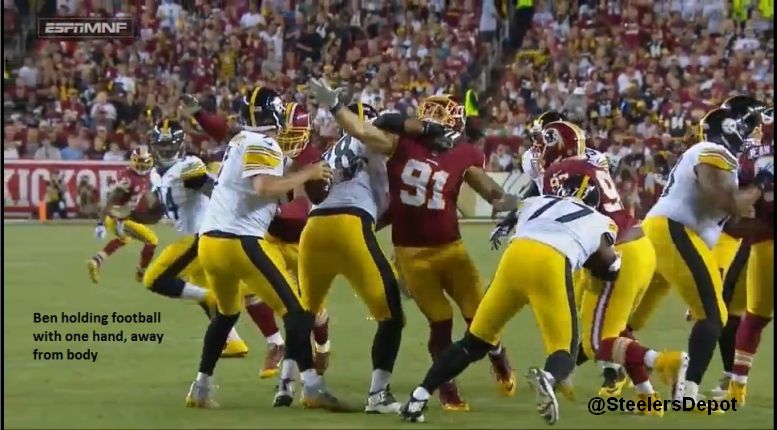 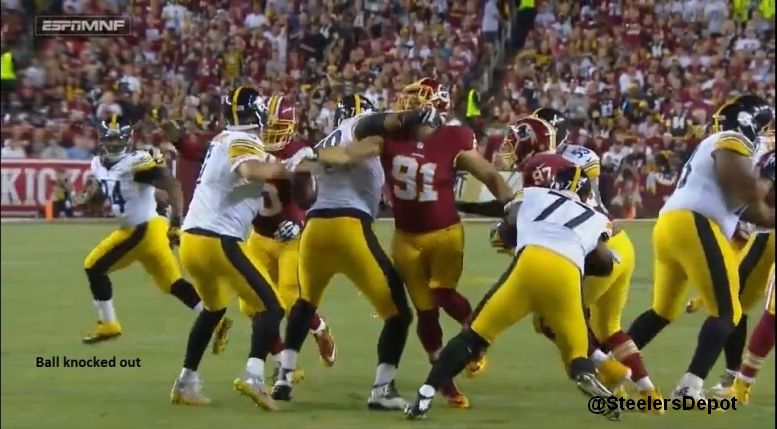 All this makes it easy for Kerrigan to swipe the ball out and creating a ballroom blitz for the fumble. Thank goodness for Maurkice Pouncey tackling Kerrigan, who initially picked the ball up, popping it out and letting his quarterback recover the fumble.

Though Brown may have made a mistake here, Roethlisberger’s inaction and carelessness with the football makes me put the blame on him.