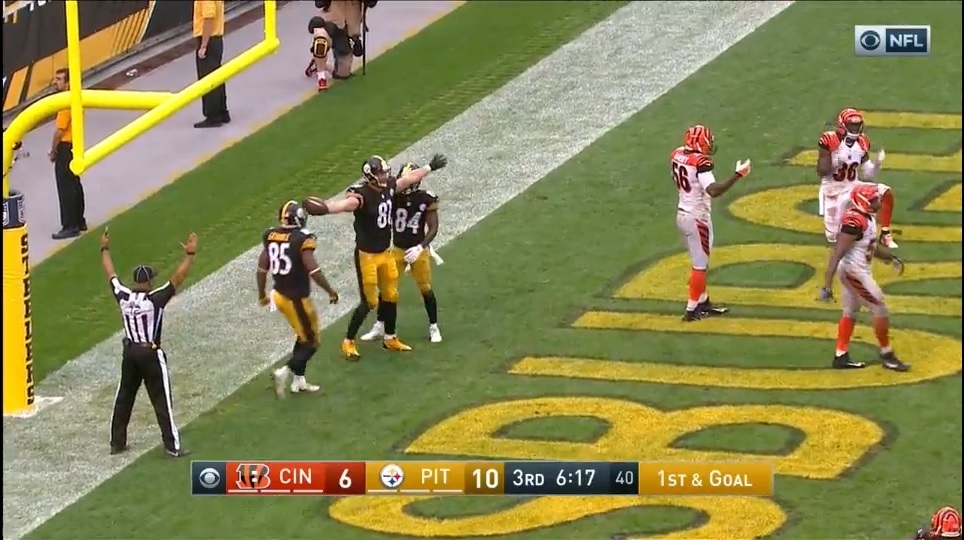 While the Pittsburgh Steelers have overall done well through the first two games of the season, particularly as it pertains to the scoreboard on both offense and defense, though not everything has gone perfectly well. One area in which the offense has handled its business for the most part has been in making sure to keep drives alive on third down.

Interestingly enough, two of the teams starting backup quarterbacks, New England and Dallas, have been the best in the league thus far in moving the sticks on third down. They are the only two teams to have conversion percentages above 55 percent through two games.

The Steelers were actually much more efficient, admittedly, in the opener, in which they converted an exceptional nine of 14 third-down opportunities for a conversion rate of 64 percent, and that doesn’t include two successful fourth-down conversions, which, if taken in the context of prolonging drives, would be 11 for 14, and a ridiculous 78.5 percent success rate.

Against the Bengals, success was less forthcoming, and it was due to a combination of execution, conditions, and quality defense, but they did go 0-for-2 on their two rushing attempts, though one of those two attempts was an end-of-game carry trying to run out the clock. They converted seven of 17 opportunities for a conversion rate of 41.2 percent, which is still middle of the pack, but they can clearly do better.

The overall success on third down this season is actually a simple continuation of the success that they found on third down last season with Ben Roethlisberger. Overall, the Steelers finished 17th in the league in converting 75 of 193 third-down opportunities for a success rate of 38.9 percent.

But when factoring out the abysmal performances of Mike Vick and Landry Jones, who went a combined 10-for-57 during their playing time last year for a success rate of just 17.5, you begin to understand how Roethlisberger’s success can go overlooked.

Purely from a passing perspective, Roethlisberger completed 70 of 109 passes on third down in 2015 for 1086 yards, averaging 10 yards per pass attempt, with five touchdowns and three interceptions, taking eight sacks and a quarterback rating of 100.9. those 70 completions yielded 52 first downs, and the ground game and penalties account for the remaining 13.

For his own part, the Steelers’ franchise quarterback led the offense to conversion on 65 of 136 first-down opportunities over the course of the regular season, producing a success rate of 47.8. To put that into perspective, New Orleans led the league in third-down conversion percentage in 2015 with a conversion rate of 47.7.

So, in other words, when Roethlisberger was on the field last season, the Steelers were the best in the league in converting on third down, which helped lead them to one of their best offensive seasons in franchise history. For now fully healthy, he is continuing to build on what he started with this offense last season with successes in situational football.