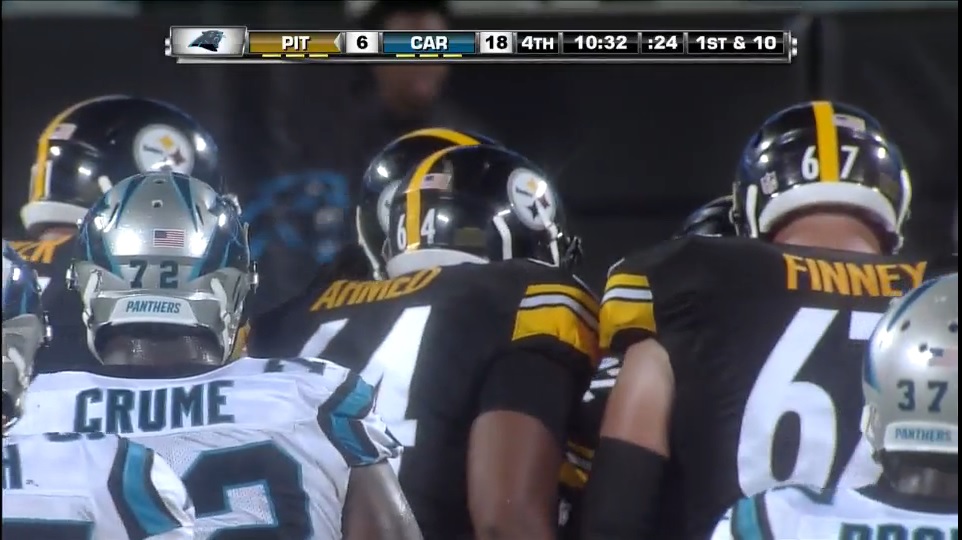 The first roster cut as the Pittsburgh Steelers trim down to 53 has been made public.

NFL Insider Aaron Wilson tweeted out early this morning that guard Shahbaz Ahmed has been released by the team.

Ahmed’s release is just a formality. He was signed on August 22nd to replace Cole Manhart, who was waived/injured. He was dressed for the past two games but only saw action in the finale against the Carolina Panthers, seeing just nine snaps at right guard. He was the fourth offensive linemen added during camp and the second of that group released, preceded by Wade Hansen earlier today.

He was a UDFA out of Temple, a 12 game starter in 2015 after being converted from defensive tackle. He spent the early portion of camp with the Atlanta Falcons, recording nine snaps in their opener.

Ahmed, of course, is practice squad eligible though his chances of being added there immediately seem slim. Matt Feiler is the favorite for a practice squad spot or the team could turn to someone outside of the organization. That’s how Feiler was brought in last year.

The Steelers roster now sits at 73. They have until 4 PM today – Saturday – to get down to 53. Stick with us all morning and afternoon as we keep track of the teams’ cuts.