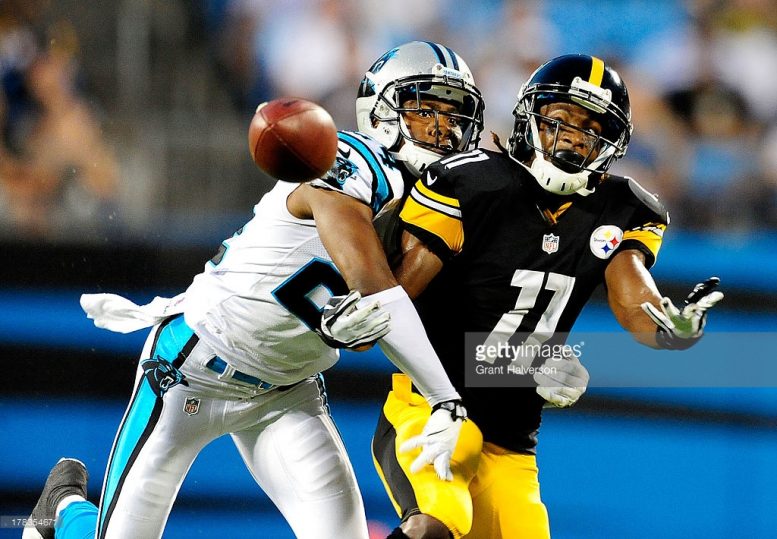 Over the course of the past year, former Panthers and current Washington Redskins cornerback Josh Norman has certainly done much to carve out a reputation for himself, both for his on-field performance as well as his behavior and attitude. He was an All-Pro player, but he also drew headlines for his heated exchanges, most notably with Odell Beckham, Jr.

Norman clearly has little regard for the third-year wide receiver, but that appears to be quite the opposite when it comes to the man he’s going to spend a lot of time covering on Monday night, Pittsburgh Steelers wide receiver Antonio Brown.

In fact, when asked about the All-Pro, Norman had nothing but positive things to say—perhaps he is just not looking to give the extremely self-motivated wide receiver any more fuel that may end up burning him in a few days.

“Watching him and what he’s able to do is freakish”, Norman said of Brown’s on-field abilities, according to Jeremy Fowler for ESPN. “It starts and ends with [Antonio Brown]. That’s going to be a tall task to take on and I respect that”, he continued.

Brown was lighting it up last season when Ben Roethlisberger, his quarterback, was also healthy and throwing him the ball, which was only the case for less than three-quarters of the year. But they will both be there Monday night, and Brown will be a tough assignment, as always, especially with a quarterback willing and able to throw him open on any play.

“I’m looking forward to what [Brown] brings”, Norman said, “because that matchup is going to be a physical one and a fun one. I have nothing but respect for that guy”. Norman’s matchup with Beckham was awfully physical as well, but perhaps not particularly fun, and most certainly not respectful.

For his part, Roethlisberger said that he wants to avoid the verbal exchanges on the field, which Normand and Beckham fell victim to a year ago and nearly got himself thrown out of the game. “If you’re trying to do that, that’s when the game kind of falls apart”, he said.

Roethlisberger is hoping that Brown avoids any sort of extracurriculars with Norman, though he has never been known to be that sort of player. But when you line up against a player who has a bit of that reputation, there is always the possibility that you can get sucked in.

The Washington cornerback has a lot of respect for Roethlisberger as well, however, describing him as a cerebral player and saying that “he can make all the throws”. Norman suggested that “Big Ben” has a reputation that precedes him, and that he is a tough quarterback to bring down.

The matchup between Brown and Norman will certainly be a highlight of the Steelers’ opening contest against Washington, with two All-Pros going after one another. Here’s to hoping that explosiveness will come in the form of offensive touchdowns rather than offensive behavior.