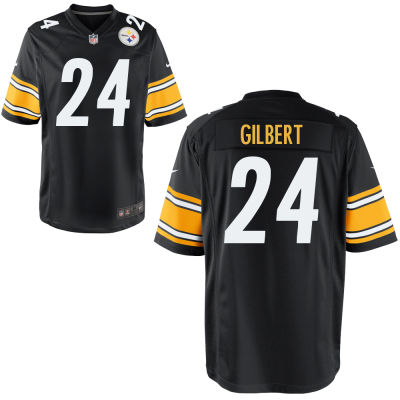 After acquiring cornerback Justin Gilbert in a Saturday trade with the Cleveland Browns, the Pittsburgh Steelers have now given the former first-round draft pick his physical and he reportedly passed it.

Gilbert is also expected to practice with the team on Monday as the team starts to prepare for the 2016 Monday night regular season opener against the Washington Reskins.

#Steelers CB Justin Gilbert passed his physical on Sunday & will practice with the team this morning.

Gilbert, who will wear No. 24 with the Steelers, was listed as the team’s backup cornerback behind veteran William Gay on the team’s first official depth chart of the 2016 regular season. Additionally, Gilbert is initially listed as the backup kickoff returner behind wide receiver Sammie Coates.

Gilbert will likely meet with the Pittsburgh media for the first time either on Monday or Tuesday and head coach Mike Tomlin is likely to discuss the team’s decision to trade for him during his Tuesday press conference.

As of right now, it’s easy to speculate that Gilbert could very will wind up dressing for the Steelers upcoming regular season opener against the Redskins and I’m sure Tomlin will be asked to talk about that possibility on Tuesday.

The Steelers acquired Gilbert in exchange for a 2018 sixth-round round draft pick.