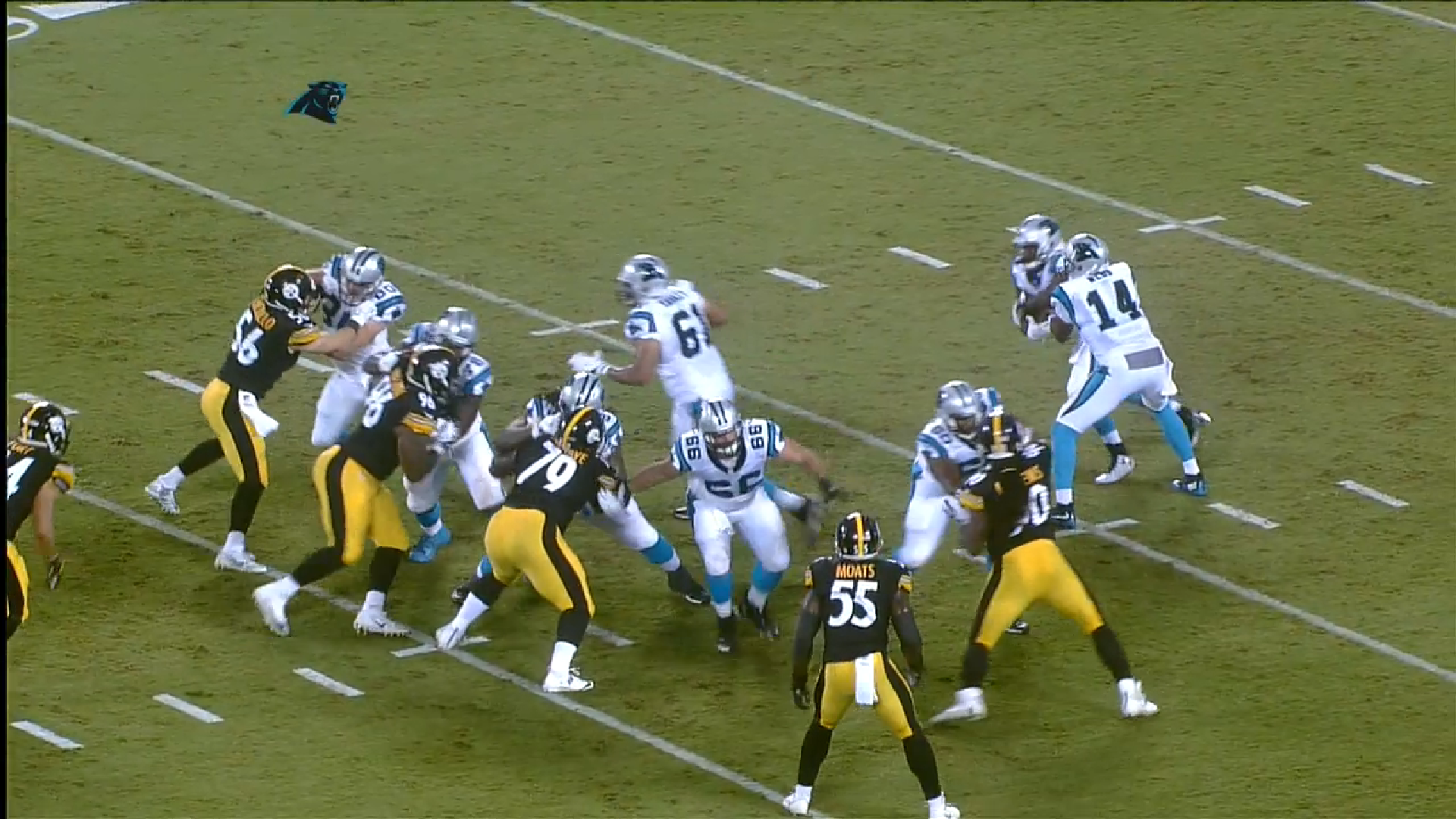 If you were watching the Pittsburgh Steelers’ preseason finale against the Panthers last night, you may have noticed something somewhat interesting about the defensive starting lineup. The team opened in their 3-4 front, and the nose tackle at the heart of the lineup was rookie defensive tackle Javon Hargrave.

Hargrave held the point of attack on that first-down play on a run that went for no gain. The Steelers ran out of their former ‘base’ defense for much of the first half, in fact, and on that first drive, with the rookie making the tackle on the third and fourth plays.

He also stayed in when the Steelers slid into their nickel defense, with L.T. Walton the lineman coming off the field. And that is something to note, because he was playing with almost all second-team personnel—all the second-team personnel that could be cobbled together due to injuries.

This is important to note because the Steelers only have two nose tackles on the roster likely to make the team—and Daniel McCullers entered the game after Hargrave did, and also played late into the game, while the rookie, who ran with the ‘first-team’ defense in this game, took his leave with the rest of that unit by the second half.

McCullers played well against the Eagles a couple of weeks ago, but he missed the preseason contest against the Saints last week. He has been nursing a knee injury, and even in practice was slow to return.

But it would seem that the injury angle could be laid aside in consideration of the extent of the third-year nose tackle’s playing time last night. If the Steelers were concerned about the status of McCullers’ knee, then one would figure that they would have limited his snap count against the Panthers.

This has to raise the question of exactly what this could mean. Did Hargrave pass over McCullers on the depth chart? He played a strong game against the Saints a week ago when McCullers was out. He then played ahead of him in the final preseason game.

In fact, Hargrave played seemingly every snap on the Steelers first two long defensive drives. MCullers first checked in last in the first quarter, as the nose tackle, though he also saw some time, mostly later in the game, working out of the nickel defense.

It is always a gamble to try to draw too much meaning out of a preseason game. Even just last season, there were two changes to the Steelers’ starting defensive lineup that took place between the final preseason game and the regular season opener, neither of which were necessarily predicted in any way.

But it does appear that Hargrave has been running ahead of McCullers lately. Does that mean that he is going to be the top nose tackle on the depth chart? He is likely to see more time either way due to the number of snaps he will likely play in the nickel defense, but could he also see more snaps at nose tackle, starting with the opener?