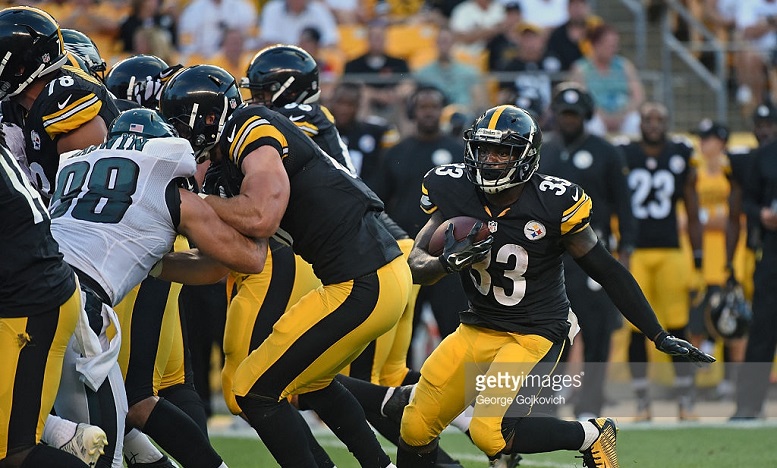 The Pittsburgh Steelers will play the Philadelphia Eagles on the road Sunday and while their defense will be looking to control rookie quarterback Carson Wentz in that game, their offense is sure to have their hands full when it comes to controlling the Philadelphia defense, which is led by defensive coordinator and former NFL head coach Jim Schwartz. During his weekly interview on Steelers Nation Radio, Steelers offensive coordinator Todd Haley talked about one specific thing the team’s tackles and tight ends need to do on Sunday in order to help the team come away from Philadelphia with a win.

“They’re a 4-3 and one of the characteristics of Jim Schwartz is he plays those defensive ends in wide-9s, meaning they’re extended wider than you normally see,” said Haley. “So when you play against a defense like this, you first-off have to handle those ends and much like last week and the week before, the onus is going to be on the tackles and the tight ends, because if you don’t handle those guys, they’re going to disrupt your run game a bunch by book-ending everything and forcing every run inside and they’re obviously going to disrupt you throwing the football.”

Even though the Steelers played the Eagles during the preseason, Haley knows that both teams didn’t show all of their cards on both sides of the football during that game. With that said, the Steelers offensive coordinator believes several things can be learned by watching the tape from that game.

“Yeah, I think even though we didn’t show a bunch and they probably didn’t either, you still see some individual matchups that you’re going to see Sunday,” Haley said. “So that’s always important. Whether we won those matchups, lost those matchups, those are things that are on tape and will be studied.”

In addition to talking about how the Eagles use their defensive ends under Schwartz, Haley was asked to describe a few other noticeable traits of the Philadelphia defense through the first two weeks of the 2016 regular season.

“It’s a system that relies on the front-four to create pressure,” Haley said. “They’re never going to be an exotic blitz group, so to speak. From a scheme standpoint, they’re going to have horses up front that bring it. There’s usually a rotation involved so guys are fresh. They play with high-motors and really in general, the entire defense, you see a lot of guys flying around to the ball generally when you see teams coached by him.”

So, does Haley have a book on Schwartz and other defensive coordinators around the league? You bet he does.

“Yeah, all of these guys, I mean I keep a folder on them and any notes that happen in that particular year,” said Haley. “With Jim, we go all the way back to us versus Detroit when he was a head coach knowing there would be some similarities. I think that’s just good business to keep track of these guys that are coaching because much like players, you know we all have our personalty and characteristic traits.”

Sunday will be the third time that Haley and Schwartz have essentially squared off against one another. In 2011, Haley, who was then the head coach of the Kansas City Chiefs, lost 48-3 to the Detroit Lions, who were coached by Schwartz at the time. In 2013, Haley’s second year as the Steelers offensive coordinator, Pittsburgh beat the Schwartz-led Lions 37-27 at Heinz Field.