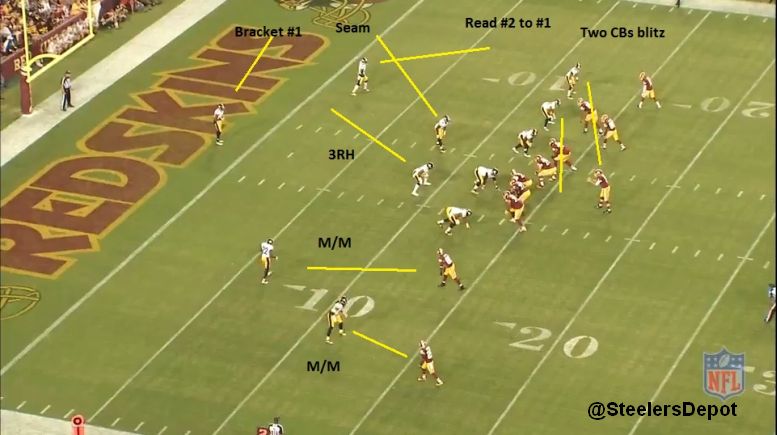 Coaches and players. It’s hard to find top notch at both positions. But when you do, a coach whose system gels with your talent perfectly, you wind up with a lot of success.

Keith Butler isn’t in that circle – yet – as one of the top defensive coordinators in the league. Just two years in and filling some Jolly Green Giant sized shoes left by Dick LeBeau, the perfecter of the zone blitz. So much of what Butler does schematically is rooted in LeBeau but philosophically, Butler immediately put his spin on the defense. Simpler. Faster. Even more aggressive.

With a year under his belt, Butler has taken another step. And though the Steelers defense was pretty passive Monday night, there were moments where you saw him put his own spin on LeBeau’s fire zones, making minor schematic differences in his blitzes.

Last year, we broke down LeBeau’s Strong Storm Z fire zone, one that resulted in a Ross Cockrell interception against the Baltimore Ravens.

Fast forward to this year and Butler dials up a similar pressure.

Butler is running a variation of that Storm Z. In Storm, like you see above, it’s a fire zone with the nickel corner and strong safety (or LB, depending on if nickel of base) blitzing off the edge.

It’s zone coverage behind with the cornerback to the blitz side squatting and reading 2 to 1, trapping (jumping the route) of #2 out. That’s how Cockrell’s INT happened last year. Jumped the out and Joe Flacco never saw him.

The linebackers are asked to carry the seams and the 3 receiver hook, the latter defined in LeBeau’s playbook as:

Up front, you get the linemen scooping away from the blitz to offer a balanced and contained rush that doesn’t allow the quarterback any escape lane when the pressure hopefully gets home.

But Butler has several variations with what he called Monday.

Instead of blitzing the nickel corner and safety, Butler sent both cornerbacks, not the safety. In this case, Cockrell and Sean Davis. Robert Golden replaces Cockrell at corner and reads 2 to 1, trapping #2 as he works to the flat. 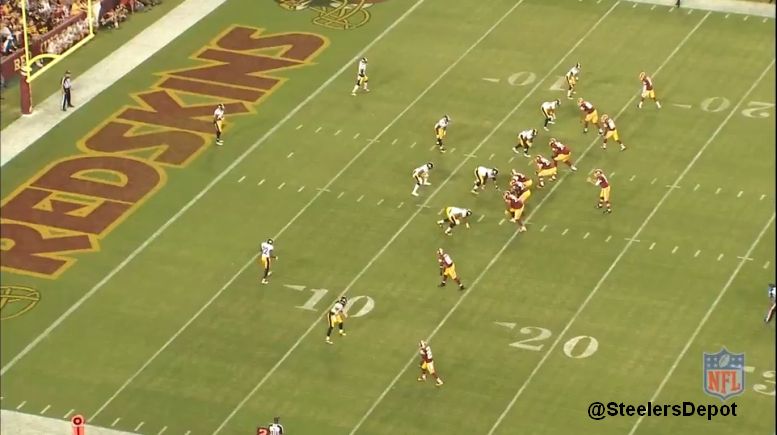 It then becomes Lawrence Timmons’ responsibility to work towards #1 and be ready for any crossing pattern, just as he did in that first clip versus Baltimore last season. 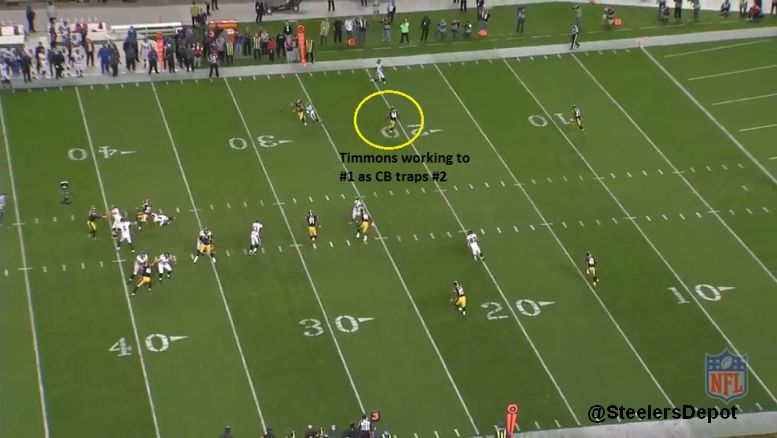 The key here, and the motivation behind the adjustment, is the disguise. The pressure is a lot easier to hide, the safety no longer has to roll up or be in an aggressive, blitzing stance. Quarterbacks can’t anticipate pressure as easily. And to give Timmons help on #1, the free safety has to work to that side to protect vertically. Here’s what LeBeau writes about the FS’ role in this call.

You can see Mike Mitchell follow that in the GIF posted at the very end, sliding over a few steps right before the snap and then working over to #1 after the snap, bracketing the receiver with Timmons.

This is where having Ryan Shazier’s athleticism comes in. It gives Butler the flexibility – and confidence – to blitz. There’s no MOF help. Golden is trapping, Mitchell is working to #1 over the top. Shazier is the three receiver hook defender, asked to carry #3 downfield. That means flying solo on Jordan Reed, a matchup most coaches couldn’t ask their linebacker to pull off. 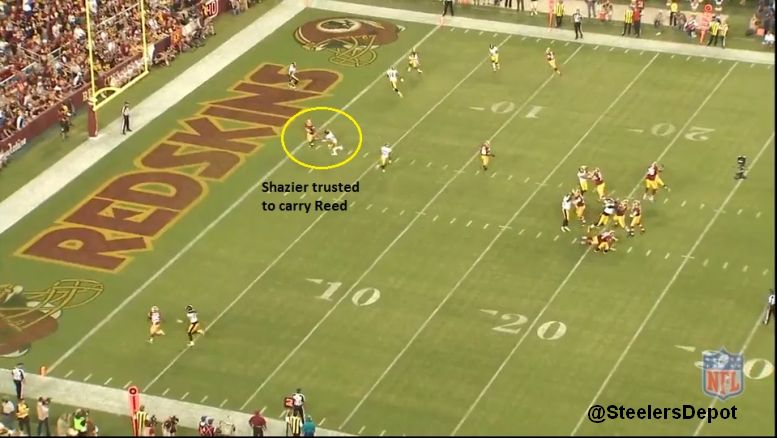 Being in the red zone does help, it limits the vertical threat, and I think it’s one of the reason why Butler made this call against an empty set (where he was normally passive throughout the night). But Shazier has to read the route, open his hips, and turn and run down the seam with Reed.

He finds the football, breaks it up, and Washington is placed into 3rd and 6. The ensuing pass is incomplete and they’re held to a field goal, a big win for a defense in a “sudden change” moment, thrust onto the field because of an interception.

If you’re wondering, to the backside the Steelers are in man coverage. Jarvis Jones walks out on the back and William Gay is solo on Desean Jackson inside. It’s a combination coverage from Butler, a mix of man and zone, and really well executed across the board.

Here’s the bottom line. Every blitz is a risk and takes a certain leap of faith in your players. The blitz to get home. The rest of the rush to maintain their lane. And most importantly, the players left in coverage in case the pressure gets picked up. Most teams couldn’t afford to leave one guy on the opposing team’s most dangerous weapon in this area, Reed. But with Shazier, a linebacker with the speed of a safety, Butler can.