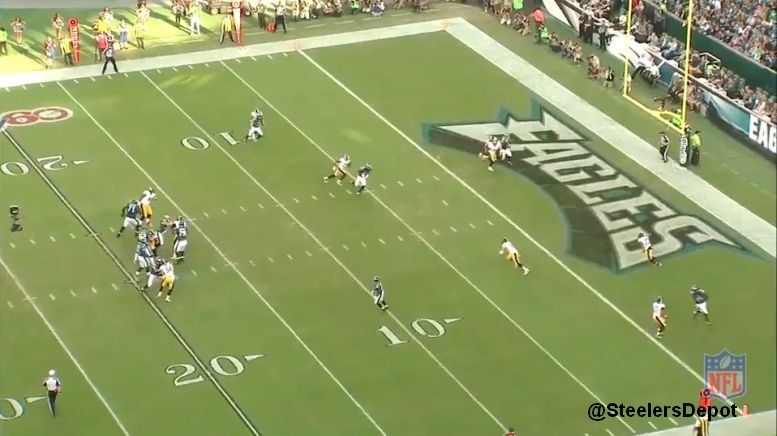 It wasn’t the only domino to fall but it was the first. The Philadelphia Eagles’ first touchdown, a 12 yard connection from Carson Wentz to Jordan Matthews.

Unlike a lot of notable plays, this was a product of scheme more than individual breakdowns, which I tend to stay away from during the week. It isn’t a particularly difficult scheme to breakdown so let’s take a quick look.

The Eagles come out in 11 personnel on 2nd and 9 with the Steelers responding in nickel. Robert Golden is out of the game at this point, shifting Sean Davis to safety, William Gay to the slot, and Artie Burns to RCB.

The Pittsburgh Steelers are in their standard Cover 2. We’ll repost the drawing we made of the general scheme back before the season began. 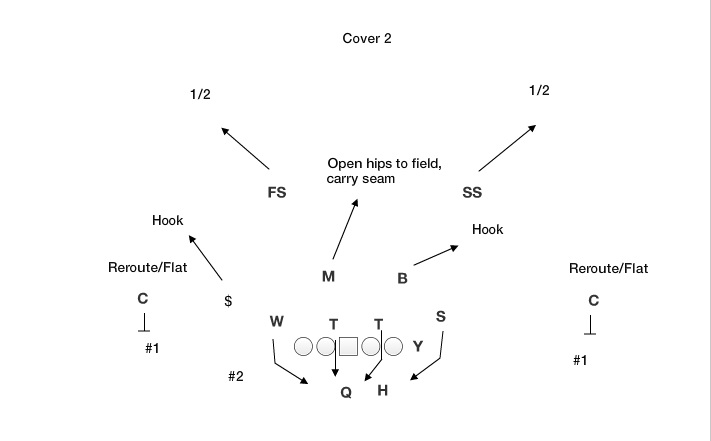 And that’s basically the look here. Burns is playing in off coverage, maybe trying to disguise the scheme a bit, and he plays a flat foot read to read the route of the #1 receiver. 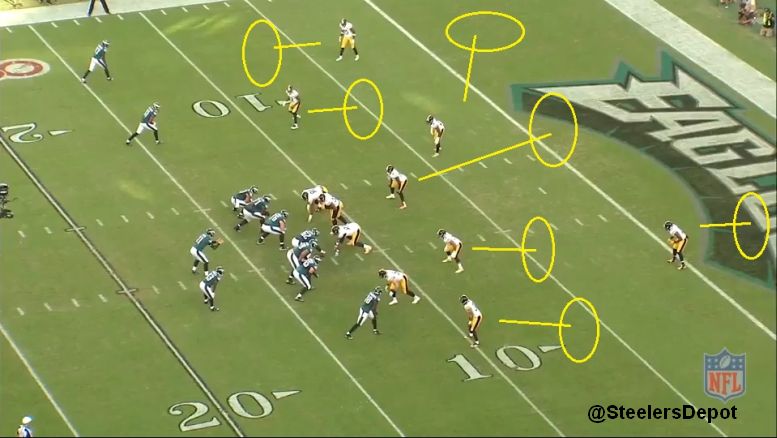 Lawrence Timmons opens his hips to the field and carries #3, tight end Trey Burton, down the seam. L.J. Fort begins to drop into his hook zone and looks to wall off #2, though I’m surprised he turned his hips and took vision off the ball. That may have been an individual mistake. 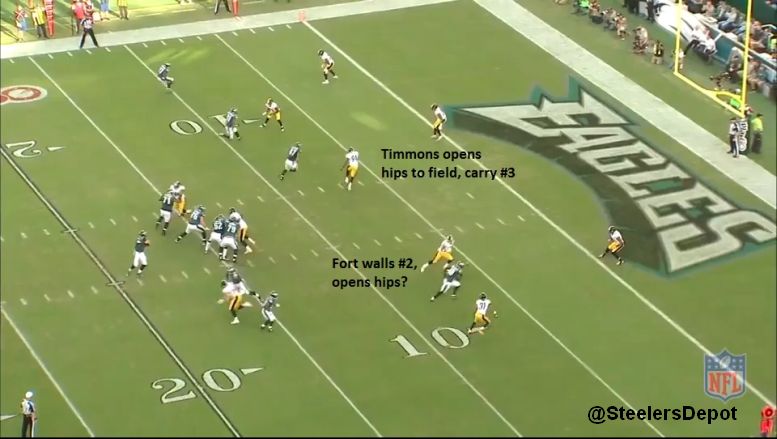 What this does is open up the middle of the field. The second level defenders, the linebackers, are cleared out by the seam routes. The safeties are naturally in their two deep shell in Cover 2, there’s no MOF (middle of field) defender.

Jordan Matthews, the #2 or slot receiver to the top breaks on an in cut to the middle of the field. Gay is in his hook zone with outside leverage and isn’t able to do anything to deter him on his break. 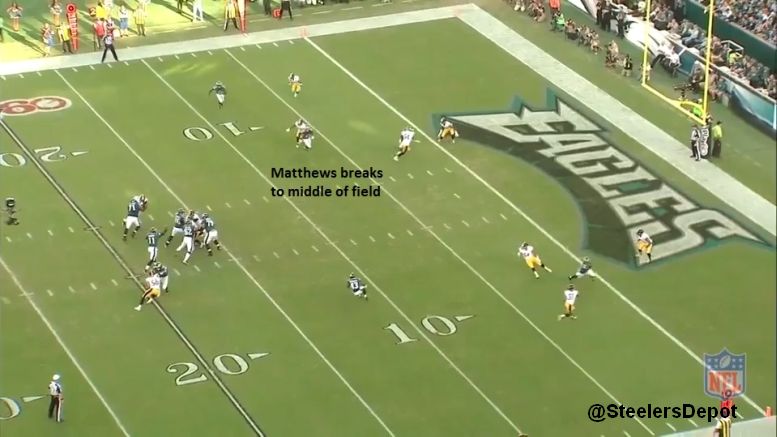 Matthews gets wide open, Gay is trailing, Wentz finds him, and it’s an easy touchdown.

The Eagles would take a 10-0 lead, unknowingly a sign of things to come for the Steelers defense the rest of the day. This play got shuffled among the individual breakdowns that occurred throughout the game but it’s an example of a schematic win for Doug Pederson and company.