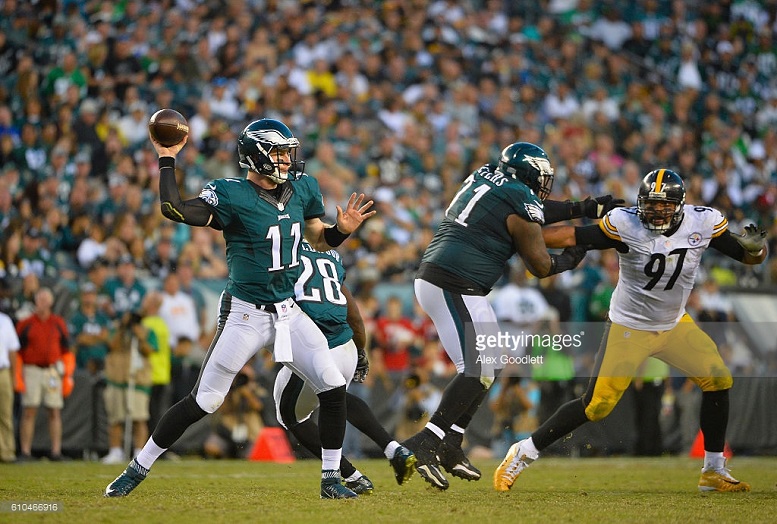 During his Tuesday press conference, Pittsburgh Steelers head coach Mike Tomlin was asked a very good question as it relates to the play of his team’s pass defense and lack of sacks so far this season. Below is that question along with Tomlin’s response.

Question: Is the way that you’ve chosen to play pass defense in the first three games at all responsible for the lack of a pass rush or at least the sack total?

Answer: In some instances, yes. In some instances, it’s game circumstance. I think that our lack of tangible pressure in the last game probably has got a lot to do with how the game unfolded and their ability to keep us off balance, and spin the dial and throw the ball quickly, and not take the calculated risk that usually create a climate where quarterback pressure and splash happens. In some of the other games, particularly in some of the other games where we were in control and had a lead, I was much more disappointed in our ability to put pressure on the quarterback in those circumstances, because, we had our opponent somewhat one dimensional and should’ve taken better advantage of it. Washington being an example of that.

Now, one sack through three games is one sack through three games and as far as quarterback pressures go, there’s been way too few of them as well heading into Week 4. As far as what Tomlin said on Tuesday, I wanted to focus on the comments he made about the game this past Sunday against the Philadelphia Eagles and how rookie quarterback Carson Wentz got rid of the football quickly.

I went back through the all-22 tape from Sunday’s game and timed every pass that Wentz attempted from both angles and then averaged the two. While not perfect, I’m sure my times are probably pretty close to being exact. Additionally, I have provided the distance that each pass was thrown past the line of scrimmage in the table below.

For starters, Wentz only threw 9 passes more than 10 yards past the line of scrimmage during Sunday’s game. 19 of his throws included the football being out of his hand in 2.5 seconds or less after it was snapped. The last time I saw some reliable numbers, the median sack time in the NFL was around 2.7 or 2.8 seconds. Only 9 times against the Steelers did Wentz exceeded 2.69 seconds before getting rid of the football and on two of those plays a Steelers defensive player recorded a pressure with the pass also failing to be completed. Outside linebackers Anthony Chickillo and James Harrison were those two players with the latter also have another pressure during the game.

If you average out all of the times below, you will see that Wentz got rid of the football in 2.41-seconds on average against the Steelers. If you remove Wentz’s longest time of 5.25-seconds on the play that included him scrambling outside the pocket before hitting running back Darren Sproles for what would ultimately be a long touchdown, his average time from snap to release drops to 2.33-seconds.

Now, none of this should serve as an excuse for the Steelers defense not doing a better job of pressuring Wentz on Sunday because there certainly were some chances, albeit very few. These numbers, however, should show you how Wentz used a very short dink and dunk passing game to beat the Steelers in addition to the Eagles offense being able to gash the Steelers up the middle in the second half with their running game.