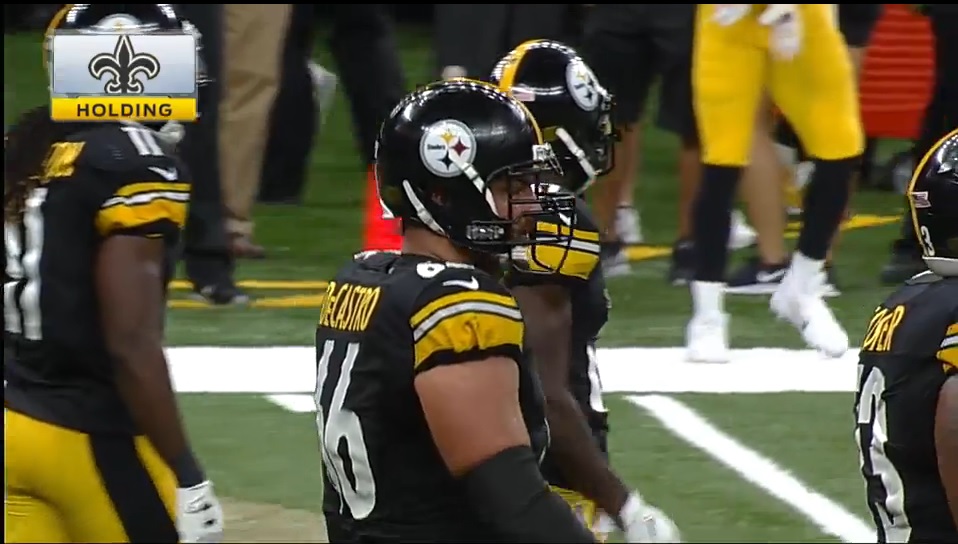 The Pittsburgh Steelers yesterday got done what they were long expected to do before the start of the regular season, which was to lock up All-Pro right guard David DeCastro with a new long-term extension, which came in the form of a five-year, $50 million addition to the money he was already set to earn under the fifth-year option.

With that signing, the Steelers now control the former first-round draft pick for the next six years, through the 2021 season. As a matter of fact, they now have control over all five of their starting offensive linemen for at least the next three seasons.

Both All-Pro center Maurkice Pouncey, a 2010 first-round draft pick, and emerging right tackle Marcus Gilbert, a 2011 second-round draft pick, reached long-term extensions with the Steelers during training camp in 2014, and both of their contracts run through the 2019 season.

Veteran 30-year old left guard Ramon Foster was able to reach terms on a new three-year contract back in March on the eve of his scheduled free agency. Including this season, the team controls his rights through the 2018 season.

The same can be said of presumed starting left tackle Alejandro Villanueva, who as a former undrafted free agent and practice squad player is entering his second NFL season, with the 2015 season being the first accrued season for him.

Technically speaking, Villanueva is not under contract beyond the 2016 season, for which he is scheduled to be making peanuts for a starting left tackle at just $525,000. The Steelers have been fortunate to be paying rookie salaries to their starting left tackles since 2012.

But following this season, the former Army Ranger will only be considered an exclusive rights free agent, which means that the Steelers are the only team with whom he can sign, unless the team chooses not to re-sign him. Ross Cockrell was an example of a player entering his third season this spring, whom the Steelers retained with an Exclusive Rights Free Agent tender.

Following the 2017 season, under which Villanueva would play under those parameters, he would still only become a restricted free agent heading into the 2018 season. Considering that by then he will be entering his age-30 season, barring an unlikely ascent to All-Pro status, there should be no complication in the Steelers being able to retain him. I couldn’t even tell you the last restricted free agent they lost that they tried to keep.

The Steelers are at a position along their offensive line that is better than it has been in a decade, and they potentially have the offensive line group that is going to see Ben Roethlisberger through the rest of his career, or at least the best of it, and a good chunk of the total.

If this line can manage to stay healthy and grow together as a unit, there should be little doubt that they could be a top-five unit. They already have two players who have been named first-team All-Pros, and another deserving of a Pro Bowl.