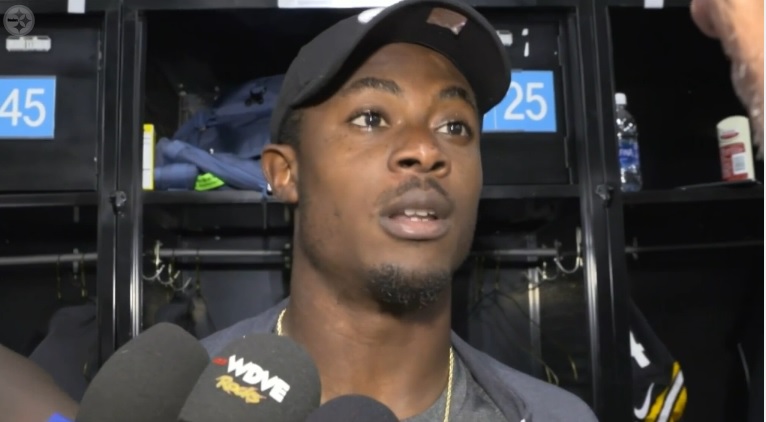 It was only one game, the preseason finale no less, playing 47 snaps, but Artie Burns is just happy to have some football under his belt.

“It definitely felt good,” he told reporters in the locker room following the game. “Had my first game, almost been a year. Out there with my team and my guys, showing everyone what I could do. Felt real good to be out there again.”

He finished the game with four tackles and two breakups, including one in the end zone at the end of the first half.

“I felt like I did good. I did some things that were good. Have some things I need to work on, obviously. I feel like I’ve made a lot of improvement.”

Burns missed the first three preseason games and much of training camp with a quad injury though he told reporters he felt completely recovered and healthy. He offered little comment on what he thought his Week One role will be. Barring injury, his role will be a minimal one on defense, working primarily on special teams. If the Pittsburgh Steelers choose to employ a dime package, Burns could get work at RCB. He reportedly saw time there when the team used it in practice last week.

Given his youth, inexperience, and lack of preseason reps, the ideal scenario is for Burns to sit for as long as possible and soak up as many in-season reps as possible, helping him to get back on track and comfortable in the defense. Of course, injuries could quickly rock the boat, like they did last season when Ross Cockrell was thrust into action sooner than anyone expected or wanted.