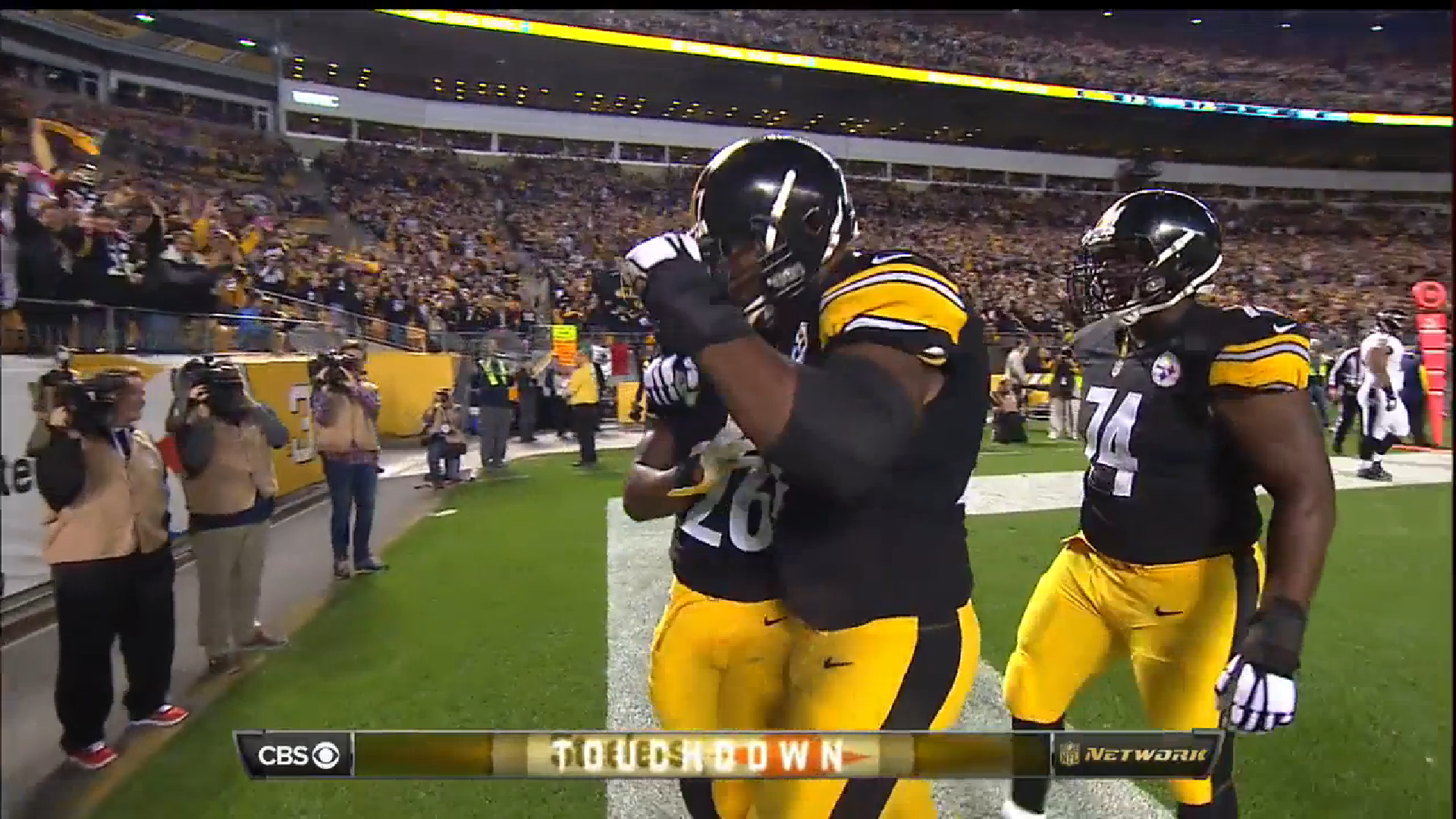 If you are looking for some sort of positive take from the Pittsburgh Steelers’ 34-3 defeat at the hands of the Eagles yesterday, then I am afraid that you have come to the wrong place. Except in this, and that is that this is the last game in which the team will have to play without All-Pro running back Le’Veon Bell, whose three-game suspension is now over, and he will be eligible to participate in the team’s next game.

Make no mistake, of course; the Steelers were in no way deficient at the running back position in the hands of DeAngelo Williams, who through the first two weeks of the season led the league in rushing yards, and still leads the team with three total touchdowns scored: two on the ground and one through the air.

But after such a desolate offensive output from the team, the injection of a unique talent such as Le’Veon Bell can only prove to be an asset. Williams can do just about anything that you can ask of any average running back around the league, and he can do it better than they can. But there are some things that only Bell is capable of doing from the running back position, and his rare skill set, as well as the proficiency with which he utilizes it, separates him from virtually everybody else in the game.

Few, for example, have Bell’s combination of patience, vision, and short-area quickness, which he is capable of using to compensate for a struggling offensive line performance, which was certainly the case yesterday, even before Ramon Foster was forced to leave the game late in the first half. Due to the struggles, Williams totaled just 21 rushing yards on eight attempts, and is now under four yards per carry on the season.

Last season, when Bell returned from suspension and Ben Roethlisberger was injured, he was able to carry the offense with his excellent rushing performances, even while the quarterback play, and thus his impact in the receiving game, suffered as a result. This time, he will have the luxury of Roethlisberger under center, which will make him all the more a dynamic threat that we did not get the opportunity to see much in 2015.

It will, hopefully, be a tool to help the Steelers get out of certain funks, as the one that they found themselves in yesterday. Bell’s ability to turn a dump-off pass into an explosive play with his dynamic cuts that send defenders sprawling is a rare quality that requires both discipline and athletic excellence.

No doubt there is nobody more eager to see Bell back on the field than himself, as he has certainly gone through a lot since he was last in a meaningful game. He tore knee ligaments during a midseason game last year in his sixth game back from suspension, and he has since then gone through a long rehab process, another suspension, and plenty of media scrutiny. But now, as he Tweeted, ‘the Juice is loose’, and he can let his play do the talking—a voice the Steelers’ offense would very much like to hear after such as dismal showing.