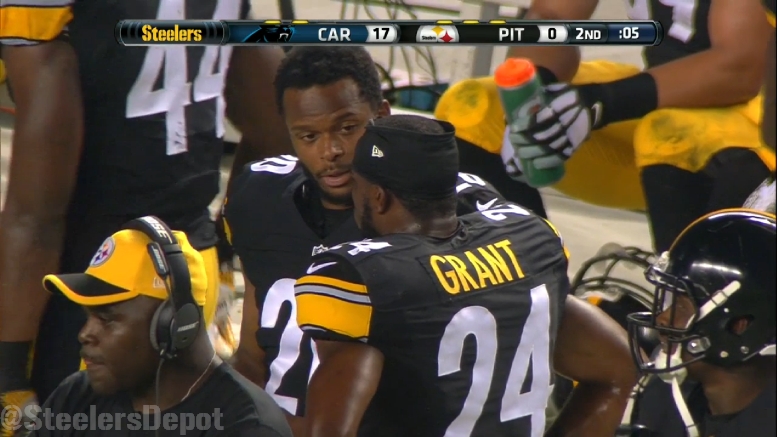 Doran Grant’s stay in Buffalo was a short one. The team announced they released the former Pittsburgh Steelers’ cornerback from their practice squad today.

Grant lasted just eight days at his new home, signed to the practice squad after clearing waivers. Pittsburgh gave up on him heading into his second season, ostensibly plagued by mental mistakes that couldn’t makeup for his tackling ability and overall physicality. He was released as the corresponding move in the Justin Gilbert trade.

The 121st pick of the 2015 draft, Grant logged just one defensive snap with the Steelers and failed to register a tackle. He’s just another name in a long line of failed defensive back draft picks by the team. We recently conducted a study that showed Pittsburgh near the bottom in production from their DB classes.

They’ve changed course in philosophy, opting to invest heavily in the secondary, just as they’ve done with offensive line and wide receivers over the years. In the last two draft classes, the Steelers have taken three defensive backs in the top two rounds. That’s the same number of times as they did from 2000-2014.

Grant will again be subject to waivers but given that he’s cleared them twice before, originally getting cut last year and then again this time around, he figures to be a free agent for a little while. The Steelers signed cornerback Al-Hajj Shabazz to their practice squad and likely have zero interest in ever bringing Grant back.