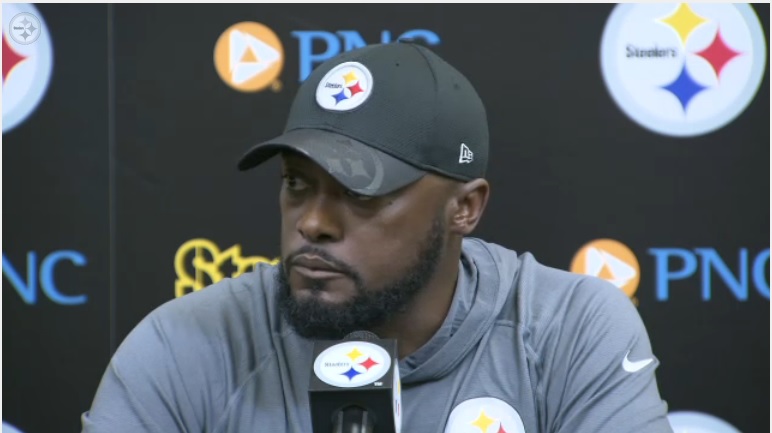 From Week One to Week Two, Artie Burns went from a snail’s pace to an all out sprint. And according to Mike Tomlin, his increase in snap count was well rewarded.

In today’s press conference, Tomlin was asked about Burns play and reason for all the time he saw in Sunday’s victory over the Cincinnati Bengals.

“It was solid. Like I was talking about the secondary, there are some known things we can be better at. Excited about watching him get back to work this week. One of the exciting things about him is his general approach to work on a day to day basis has been very positive. He’s focused, intense, and plays with a good tempo.”

Burns went from just nine snaps in the opener against Washington to 32 against Cincinnati. He earned his first career breakup, batting away a pass in the end zone at the end of the first half, forcing the Bengals to settle for a field goal.

He also showed some more flexibility, though no doubt influenced by the Steelers’ desire to keep Ross Cockrell matched up on A.J. Green, seeing 19 snaps at left cornerback and 12 snaps at right cornerback. The remaining one, technically, came in the slot when the Bengals went into an empty set and split their running back out wide.

It wasn’t all perfect, of course, and his game will be remembered as much for his pass interference and missed tackle on Gio Bernard, leading to a touchdown that cut the Steelers lead to single digits.

Though Burns doesn’t appear to be threatening anyone for a starting job, especially after Cockrell’s strong performance, the Steelers increased use of dime packages is a logical and simple way to get him onto the field. Game circumstances dictated things a bit but Pittsburgh used dime, their 2-3-6 grouping, 41% of the time in the victory. It wasn’t even just that they used it late – they ran it 13 times before the Bengals were in full catch-up mode.

Burns too, in a way, is in catch-up mode. After seeing limited work in training camp and less than 50 snaps in the preseason, soaking up all the reps he can is critical to his development. And based off what Tomlin said, the rookie is making the most of his chances.