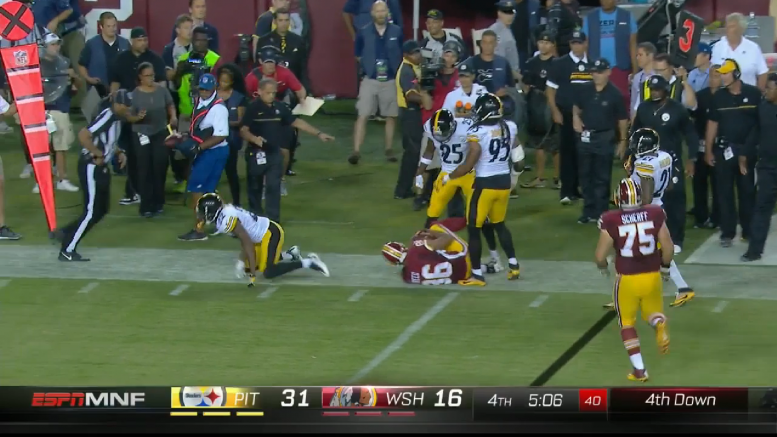 Prior to the start of the regular season, there was substantial debate as to whether rookie first-round draft pick Artie Burns might see time on the defensive side of the ball for the Pittsburgh Steelers, and how much, considering the fact that he missed most of training camp and the preseason, and was already regarded as an unpolished player, and an underclassman to boot.

He did finally get back on the field for the final preseason game and showed some promise in doing so, coupled with multiple reports of interception-filled practices, which fueled the debate over whether and how much he would play in a game that mattered.

Looking simply at the numbers game, however, it seemed fairly likely that he would be used as the team’s sixth defensive back as one of three natural cornerbacks who were both healthy and on the team for more than a couple weeks.

I also reasoned that the Steelers turned to their dime, or quarter, defense to the tune of about 10 plays per game late in the season last year, and that if they continued that trend into 2016, that Burns could see roughly 150 to 200 snaps during his rookie season.

During his first NFL game, Burns saw nine snaps on defense, the nine snaps in which the Steelers used six defensive backs on the field, although the first-round cornerback was statistically irrelevant in doing so. In general, the plays in which he was on the field did not see his side of the field.

The majority of his playing time, six snaps, came on the Redskins’ second drive in the middle of the fourth quarter, a six-play drive in which the Steelers ran exclusively out of the quarterback package, with three other scattered quarter snaps over the course of the rest of the game.

The closest that the rookie came to being involved in a play was on the fifth play of the aforementioned drive, which was a check-down throw on an underneath route to the tight end, on which Burns was the third defender to arrive on the scene to hold the play to a three-yard gain.

He was, as mentioned, a man of little significance on his three other scattered snaps, if only to note that they came on obvious passing situations of third and long. His first snap of the game came on the final snap of Washington’s opening drive, on third and 14.

The fact that he played at all, however, is a significant thing to note, and is the reason for the writing of this article, although it is hard to gauge based on the first game of the season how this might project over the full course of the season.

If he performs well, he could, of course, take over as the nickel defender at some point during the season, which would greatly increase his snap count, since that is the Steelers’ base defense. Or if he struggles, he could be relegated purely to special-teams work.