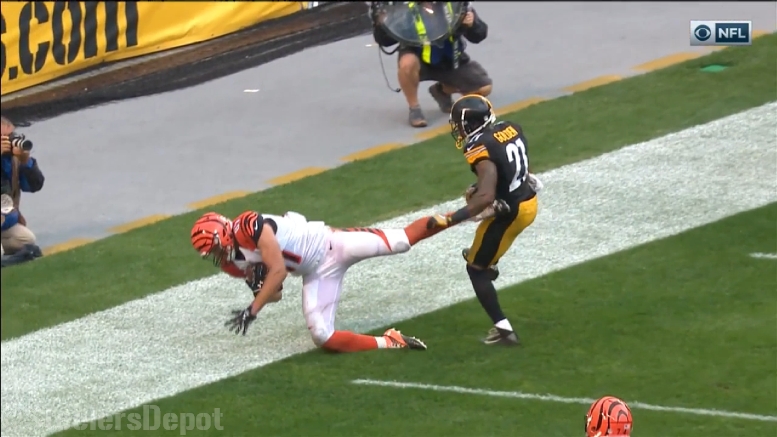 Question: How much further can the Steelers defense bend before it starts breaking?

In many ways, the Steelers’ defense is off to a remarkable start. In spite of the fact that, as of the time of this writing, they rank 31st in the league in allowing 347.5 yards through the air per game (but only 22nd overall because they rank second with 50.5 rushing yards allowed), they have only surrendered 32 total points in two games.

Their 16 points allowed per game, again, as of this writing, stands as the seventh-best mark in the league, and, like last season, while they do not fare well in terms of limiting an opposing offense’s yardage, they have held the scores down by being successfully situationally throughout the game.

Just yesterday, they allowed one of 2015’s most potent and explosive offenses to convert just four of 16 third-down opportunities and averaged a relatively low 5.6 yards per play. The Bengals were shut out in three trips into the red zone, and went without a touchdown in their one goal-to-go opportunity.

Through two games, they have faced seven trips into their red zone, and three goal-to-go situations, and they have only given up one of each.

But how much longer can the defense sustain this situational success before the sheer amount of opportunities to score results in said scores following closely behind? The Steelers have only allowed two touchdowns through two games, but have given up eight total scores, which could translate to 56 points instead of 32.

Part of their success so far in specific situations is intangible, unquantifiable, and not repeatable. Some of it was also luck, as in the C.J. Uzomah call yesterday, wherein he was ruled pushed out of bounds by Robert Golden when the accompanying image clearly shows his shin down inbounds. It is hard to imagine them continuing to be so susceptible up to the 20-yard line before they buckle down, especially if the pass-rush does not improve.