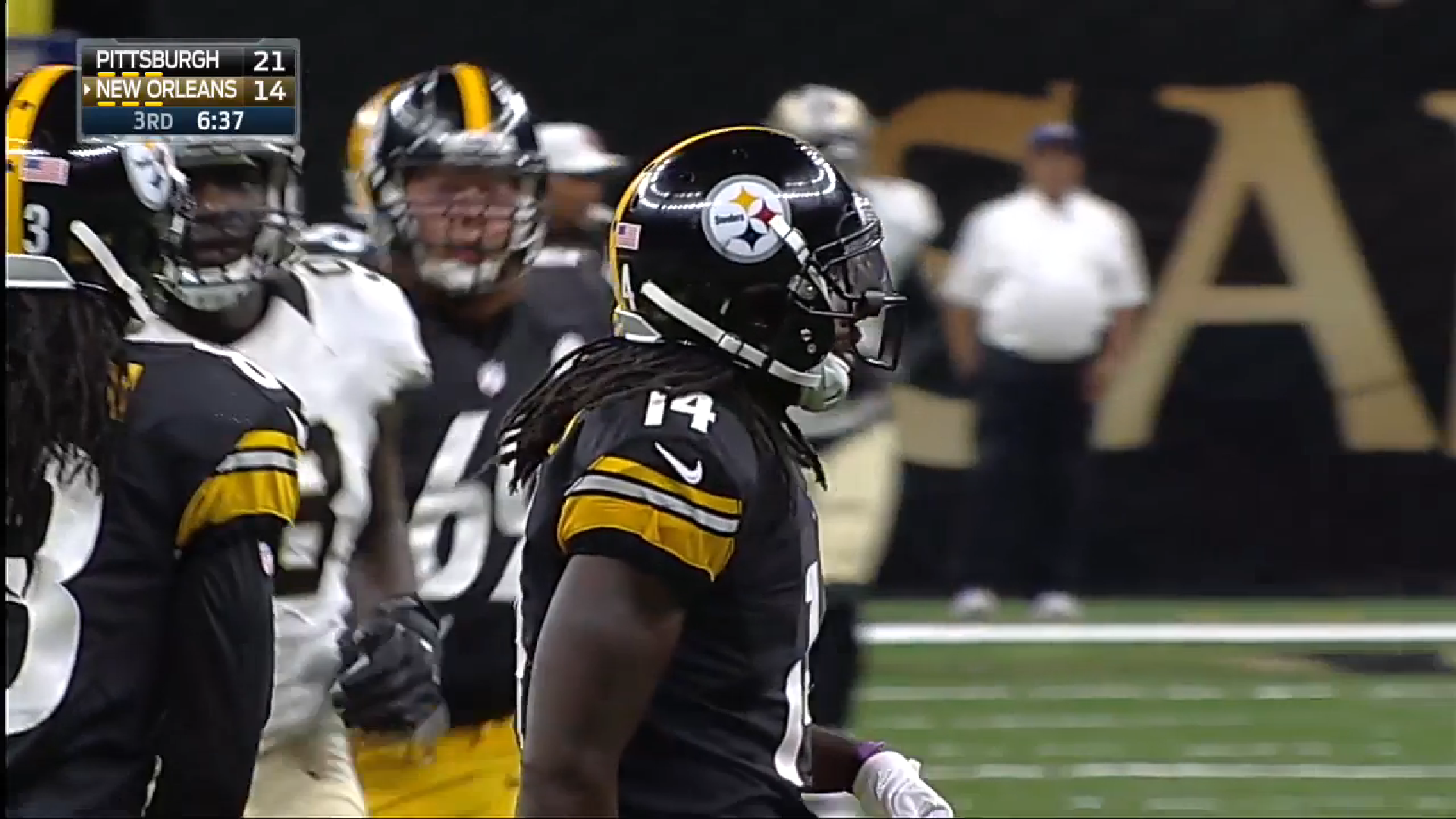 Question: Who starts on Monday night at wide receiver if Markus Wheaton is down?

Last season, the Pittsburgh Steelers had to deal with the absence of wide receiver Martavis Bryant for the first four games of the season, which wound up being the first five games. This year, they won’t have him at all, but for the opener, it’s starting to seem as though they may not have Markus Wheaton available to them either.

Obviously, it was Darrius Heyward-Bey last year who stepped up in Bryant’s absence during that five-game stretch, and that would make him a reasonable option to slide into the starting lineup alongside Antonio Brown if need be.

But the reason it was him coming onto the field at that time and not then-rookie Sammie Coates was because the third-round pick was very unpolished. He only caught one pass during the entire regular season, and well under 100 total offensive snaps.

He had a pretty up-and-down preseason, where he was able to make some big plays, and caught a touchdown pass, but he was also on the hook for a drop or two, and his positioning on two interceptions during one preseason game helped lead to the turnovers.

Could it even be Eli Rogers, the second-year former undrafted free agent who spent his rookie season on injured reserve? He is likely going to be their slot receiver, but could he see time when the Steelers only have two wide receivers on the field?

Should Wheaton miss the game, I do know this, and that is that Coates could have an opportunity to solidify for himself a consistent role in the offense. That is how Bryant got onto the field, by making plays, and they had a hard time taking him off after that, even while he didn’t really know what he was doing.