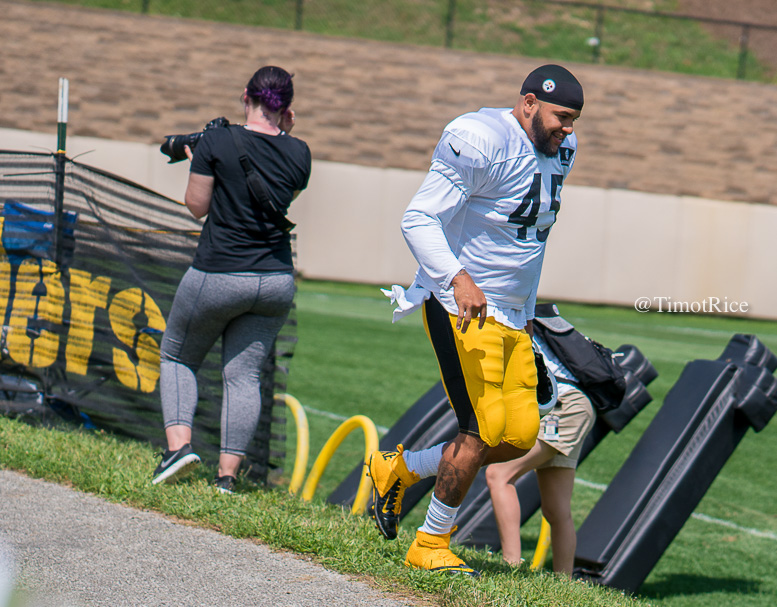 You may have noticed something odd yesterday when the Steelers announced their 10-man practice squad. In case you didn’t pick up on it, they added not one, but two running backs to the practice squad, in spite of the fact that they are carrying three already on the 53-man roster without Le’Veon Bell, plus a fullback, plus an h-back.

Both Brandon Brown-Dukes and Cameron Stingily—rookie and first-year former undrafted free agents, respectively—were added to the practice squad, with the latter being the surprise, and I still don’t understand why. The most immediate explanation that comes to mind is that they lack a body that may indicate that fullback Roosevelt Nix is still dealing with an injury.

Nix did participate in the first preseason game, albeit briefly. He was on the initial kickoff, and may have gotten a couple of snaps on offense, but that was it. That was the only playing time that the second-year fullback got all throughout the preseason.

He did not play in the second preseason game. He did not log any time in the ‘dress rehearsal’ game the third time around with the starting offense. And he was said to have an injury that excused him from the mess that is the final preseason game.

But all along I had been working under the assumption that that meant little, and that there was no cause for concern when it comes to the regular season. The inclusion of two running backs on the practice squad leads me to think that there may indeed be a reason to worry about his status.

Of course, even if he does miss time, it does not mean that they can’t run their offense. David Johnson has been the team’s fullback before, and the amount of snaps that they run out of 2X personnel is still fairly minimal. But his absence on special teams in particular would be felt, as he became a core contributor of multiple units by the end of last year.