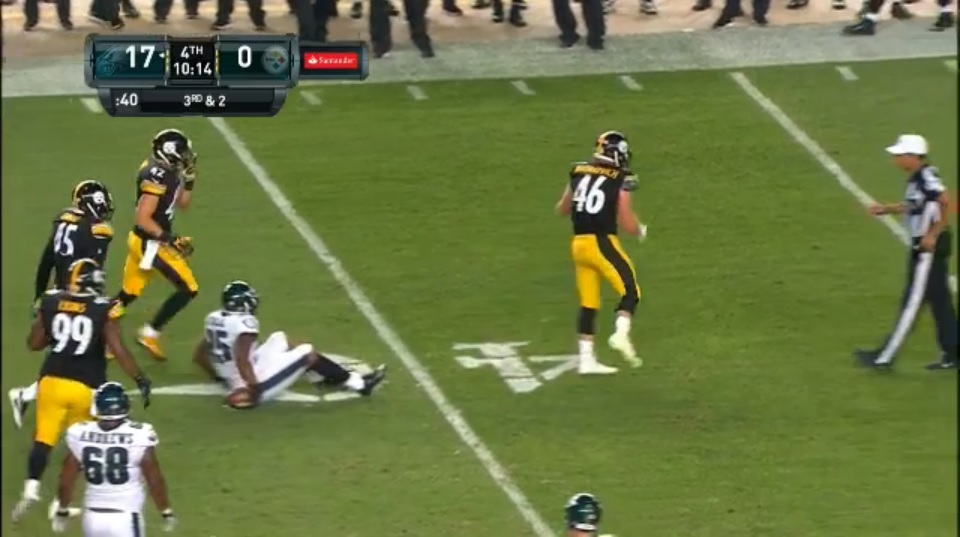 Question: What exactly is the pecking order at the back end of the inside linebacker depth chart at the moment?

Right now, the Steelers have six inside linebackers on their presumed opening-day 53-man roster, an obvious excess. And really, it’s not clear in what sort of order the back end of that depth chart might align itself into over the course of the next several weeks.

The front end is clear, of course, with Lawrence Timmons and Ryan Shazier the starters and Vince Williams the top backup, but behind, it is sort of jumbled and convoluted between L.J. Fort, Steven Johnson, and Tyler Matakevich.

Fort and Matakevich were on the initial 53-man roster, with Johnson released, but it would seem that he was only left off the roster because Bud Dupree needed to be on the roster to be eligible to return once he was put on injured reserve.

Johnson was the only vested veteran of the three, and thus the only one of the group that would not have to go through waivers in order to re-sign, so he was the logical choice with which to attempt to do the back-and-forth, which is certainly not new to the Steelers.

It may be worth noting that Matakevich is listed behind Shazier at the mack, while Fort is behind Timmons and Williams at the buck, though it’s not clear at all if that signifies anything of significance.

The first real taste of some sort of pecking order should come with the first inactive list of the regular season—although, if all six inside linebacker end up being active, which is certainly a possibility, then we might gain little insight as yet. And ultimately, with the top three positions secure, it likely will mean little who is fourth on the depth chart.