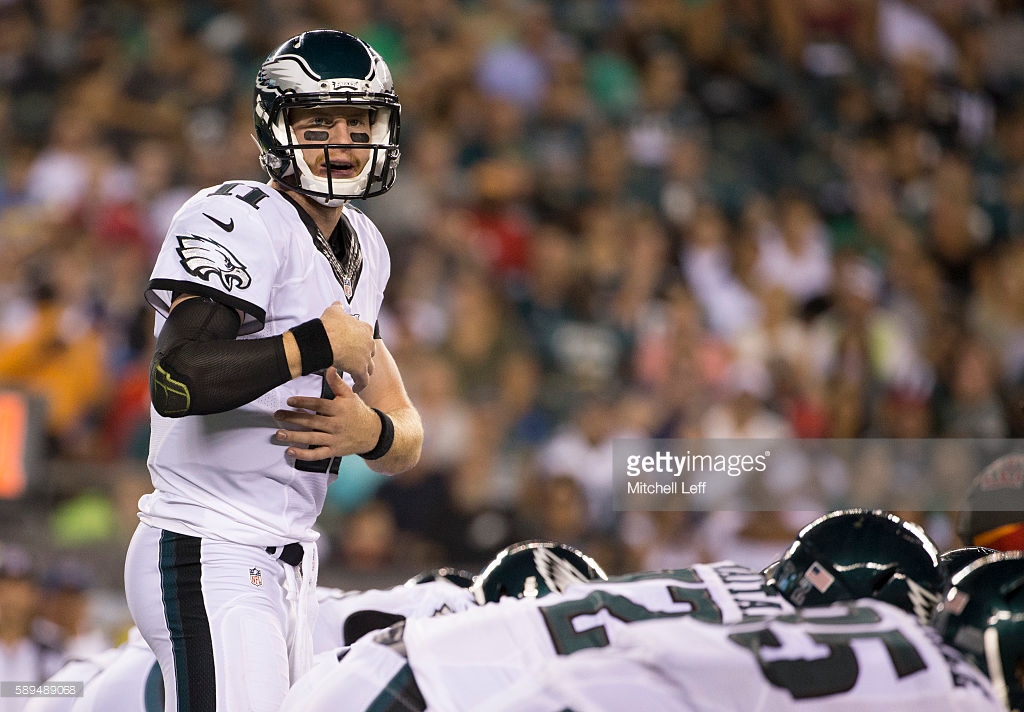 Question: Game Edition – How will the Steelers be able to get to rookie quarterback Carson Wentz?

This seems to be the fundamental question going into today’s game against the Eagles: how will the Steelers be able to affect Carson Wentz to disrupt his rhythm and produce unforced errors? While the rookie has not been a Pro Bowler through two games, he has looked good in commanding the Eagles’ offense.

Pittsburgh has already voiced its intention of trying to confuse the rookie, though that is always the case for any quarterback. So far this year, the defense has focused more on taking away the passing angles down the field by dropping extra or unsuspected players into coverage rather than emphasizing extra pass rushers.

So far, Wentz has actually done very well when defenses send extra rushers against him, and, frankly, the Steelers haven’t been overly successful when they have blitzed so far this year, so I would imagine that they will focus more on downfield distractions than making sure to get him running around in the backfield. Plus, he is capable of taking off on the ground as well.

While the defense has given up a lot of yardage over the course of the first two games through the air, it does help that they have played both of those games at some point or another with two- or even three-possession leads, and thus have spent their share of time just trying to keep the plays in front of them.

A lot of the YAC damage that they have allowed, in fact, has come on screen passes rather than down the field, but the Steelers can’t focus on taking away the underneath options. They simply have to be more consistent in tackling the catch than they have been through two games.

However they manage to ‘get’ to Wentz, whether it is through causing confusion and forcing unforced errors or in literally ‘getting’ to him and bringing him down, the Steelers know they can’t underestimate the rookie, and defensive coordinator Keith Butler has said as much during the week, so I don’t expect that to be a problem.