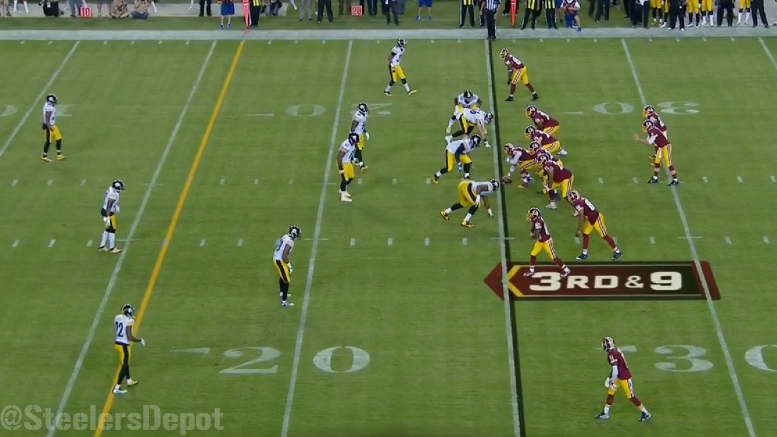 Question: Game Edition – Will we see the Steelers use more of their dime package against the Bengals?

During the season opener, the Steelers managed to get their rookie first-round draft pick, cornerback Artie Burns, onto the field for nine defensive snaps, in addition to the nine snaps that he saw on special teams. They managed to do this by using their dime defense, which incorporates six defensive backs on the field at the same time, with Burns being that sixth quarterback.

In reality, however, only three of those snaps came under circumstances in which they normally used the dime defense last season, because six of those snaps came on one fourth-quarter drive with the Steelers holding a two-possession lead after Ryan Shazier exited the game, which makes it all the more inviting to use it.

Because the Steelers actually use what they call a ‘quarter’ defense, which features three cornerbacks and three safeties, they are more likely to use this sub-package under normal circumstances, with the third safety being able to cover a running back or tight end while the cornerbacks match up against a set of three wide receivers.

By the end of last season, the defense was actually using their quarter defense around 10 or more snaps per game, primarily in obvious third-and-long passing situations, but sporadically in other situations as well, such as when the opposing offense utilized the no-huddle.

Although Burns did not really have much of an opportunity to get involved in the game, since none of the nine plays in which he was on the field went in his direction, he seemed to handle himself reasonably well in terms of knowing and executing his assignments, or in knowing how to get his assignment if he was confused.

That first dip of the toe in the water being over, it would not be surprising if the Steelers feel more comfortable putting Burns on the field this week than they did in the week prior, loathe as they might be to field a secondary with two rookies on the field at the same time.