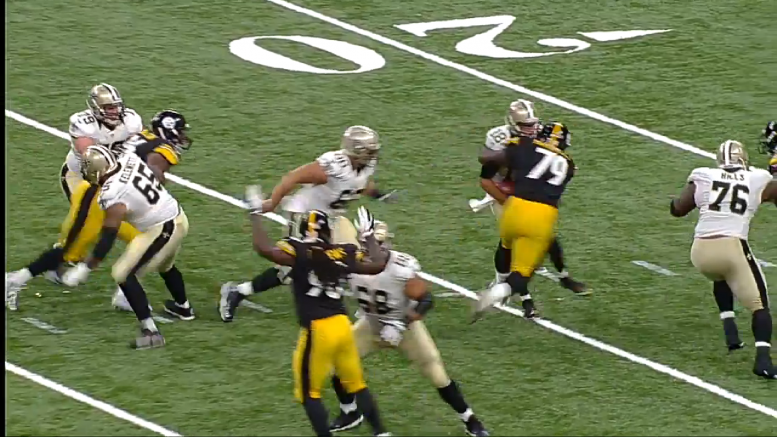 Question: Is the defensive line all set and ready to go for the season opener?

Over the course of the past week, no less than two thirds of the Steelers’ defensive line has found its way onto the injury reports, and that includes two starters, both of whom are not yet a full-go in practice heading into Monday’s regular season opener.

Cameron Heyward, the nucleus of the defense, suffered a high ankle sprain in the third preseason game, but even then he more or less vowed that he would be ready to go for the season opener and boasted about his healing abilities. He has, after all, not missed a game in his five-year career.

Behind him, top backup Ricardo Mathews suffered a neck injury in the preseason finale and was forced to leave the game. However, local reports have indicated that the veteran in his first season with the Steelers has returned to practice.

Meanwhile, rookie starting nose tackle and rotational nickel lineman Javon Hargrave just ‘tweaked’ his quad in practice earlier in the week. Initial reports were that it was a knee injury, but those reports have since been amended, and he is believed to return to practice in some capacity.

Backup nose tackle Daniel McCullers too was listed among several “day-to-day” players during the pre-game press conference dealing with a number of minor injuries here and there. Even L.T. Walton missed time in the preseason.

Stephon Tuitt is the only defensive lineman who has spent the entirety of this time healthy, though none of the injuries to the other five players appear to be very serious, and all of them seem at least to have a chance of being ready to go at close to full capacity by the season opener.

Even if everybody is ready to go, however, I might wonder how it will affect their level of performance, as well as the number of snaps that they are able to take on, especially knowing that they will have a short week heading into the second game after a Monday night contest.