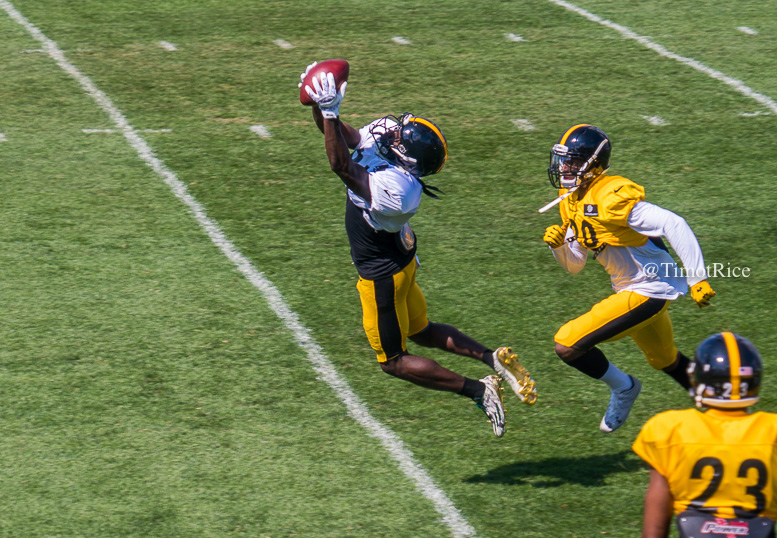 Like we did for the offensive line/defensive line earlier this morning, we’ve gone back and charted the WR/DB results throughout camp. Couple of things to preface with.

Obviously, this drill is heavily favored towards receivers. One-on-one, no pass rush, extremely tough spot for a defensive back to be in. And sometimes they give a cushion and give up some simple passes and because these numbers lack context, it can skew things even more. Of course, there is a third party controlling things too, the quarterback, that each side has to deal with. So these numbers are “messier” than OL/DL.

Just bear in mind the benchmark for success/failure is going to be different. Winning 25% of the time isn’t good in the regular season but in this drill, it might be respectable.

Again, these are not stratified for individual player matchups, just their totality. If anyone would like to do that, go for it. It’s all listed in the diaries.

Unlike OL/DL, I have not seen every single rep. One day last week, I watched another group the whole time and on Friday night, I stopped watching this group halfway through to pay attention to backs on ‘backers. So this data, though the only place you’ll find it, is a little incomplete.

Again, we are originally sorting by total reps though you can sort each category yourself. Go crazy. Ok, your One-On-One notes.

If you want to quantify how impossible it is to stop Antonio Brown, there’s your number. 100%, the only wide receiver with more than a lone rep to be perfect.

If we use 73% as the average for the offense, Levi Norwood, Marcus Tucker, Darrius Heyward-Bey, and Canaan Severin (done for the year, obviously) are all “below the line.”

Doing the same for the defense, Donald Washington, Ross Cockrell, Robert Golden and Sean Davis are “below the line,” with a slew of other players who don’t have many reps.

Cockrell, of course, gets pitted against Sammie Coates and AB basically all the time. So that’s, uh, not fun.

From a pure “win” standpoint, the two clubhouse leaders are guys you probably wouldn’t expect. Issac Blakeney for the offense, Al-Hajj Shabazz for the defense.