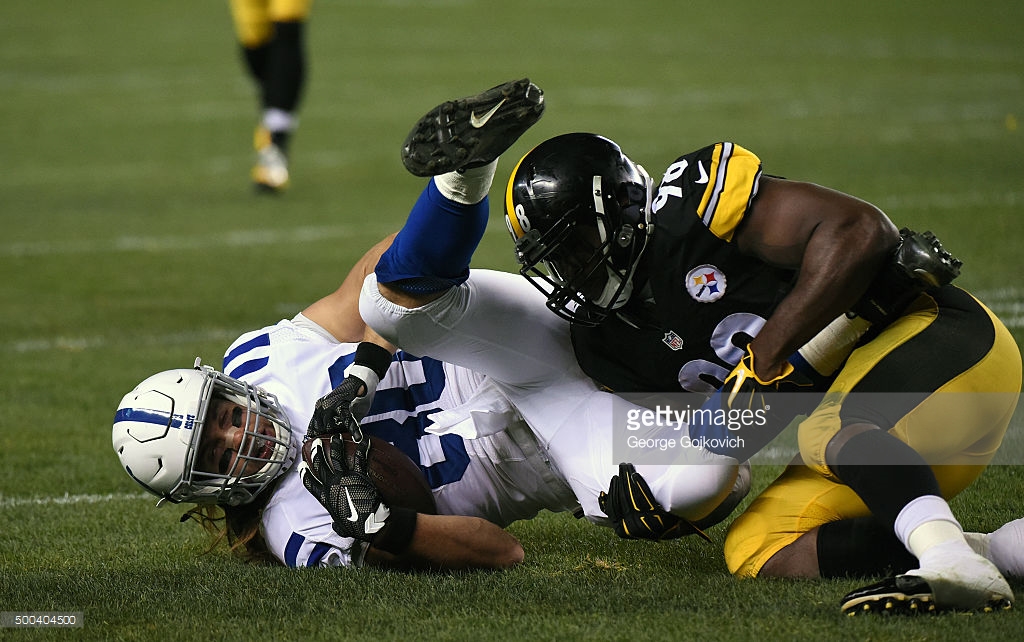 The Pittsburgh Steelers may have inadvertently made bigger waves than they had intended earlier this week when they announced that they had agreed to terms with fourth-year inside linebacker Vince Williams on a three-year contract, becoming the first of his class—which also includes Jarvis Jones, Le’Veon Bell, Markus Wheaton, Landry Jones, and Shamarko Thomas—to reach a second contract.

Immediately upon word coming through that a surprise deal had been reached, speculation escalated, whirling around 10-year veteran starting inside linebacker Lawrence Timmons, who is entering the final season of his contract, and whether or not his tenure with the team is at an end come 2017.

There are many who arrived quickly to the assumption that the deal done with Williams signals the intention of the Steelers to have him take over for Timmons in the starting lineup. While that is far from an unreasonable assumption, it doesn’t appear to be one that Williams is making himself.

“I’m definitely not a starter”, Williams told reporters yesterday, according to Chris Bradford of the Beaver County Times. “I’m still in the works”, he said, adding, “I’m still trying to get better every day to get more established and just keep working”.

Chris Adamski of the Pittsburgh Tribune-Review also quoted Williams as saying that he “definitely” believes he has “starter ability”,  but also that he and Timmons “both can contribute”. He sees Timmons as an “amazing” and “Pro Bowl-caliber player”, and that playing with him for as many years as they can together is “a privilege”.

Williams was a sixth-round draft pick in 2013, originally considered a fringe roster candidate, but he played well enough in the preseason to make the team as one of the Steelers’ backups. After Larry Foote went down in the season opener, Kion Wilson lined up with the starting defense, but it was Williams who logged more time, and he eventually started.

His position as a starter, however, was certainly in part nominal, since the Steelers ran primarily from then on out of a six-defensive-back defense, which removes an inside linebacker on the field. Still, there was the sense that he would move full-time into the starting lineup in year two, only to see the team draft Ryan Shazier in the first round in 2014.

The drafting was a bit of a blow to Williams, who admitted as much after the fact, as Shazier immediately entered the starting lineup. For the past two seasons, he has been also working behind Sean Spence as the top reserve.

With Spence gone now, however, and Timmons in the final year of his deal and the wrong side of 30, Williams remained the only experienced reserve, and the Steelers felt it necessary to provide some long-term stability before heading into the 2017 offseason.

It was part of their plan, it would seem, as Williams acknowledged that he and the Steelers “had been talking about [a new deal] since early in training camp, just trying to get particulars figured out”. Where that plan develops from this point on may be largely determined by how the 2016 unfolds.

Through three seasons, he has logged around 850 snaps on defense, but also over 700 snaps on special teams. He has recorded 142 tackles to go along with half a sack and a pass defensed, as well as three fumbles recovered. He will turn 27 at the end of December.