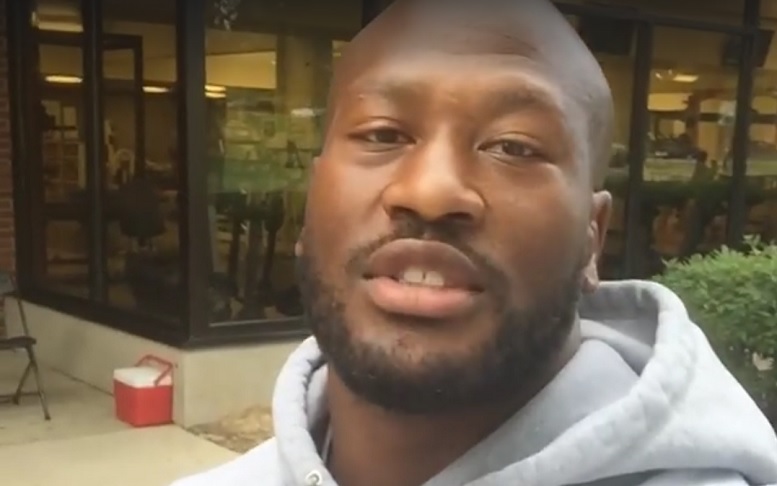 Tuesday morning, a day after he received a letter from the league stating that he must meet with them concerning their PED investigation or face suspension if he doesn’t, Harrison was notified that he had been selected for yet another random PED test.

Harrison made the announcement Tuesday morning in a Facebook video.

“Surprise, surprise, your boy got a random PED test today,” Harrison said in his video.

It’s probably not a coincidence that Harrison shot the video with guard Ramon Foster present as he is the Steelers union representative.

Harrison is currently staring at an indefinite suspension if he doesn’t cooperate with the NFL by the end of next week. In a recent letter sent by NFL Senior Vice President of Labor Policy & League Affairs Adolpho Birch to the NFLPA, Harrison was notified that the league will suspend him indefinitely if he does not agree to an interviewed by Aug. 25 regarding a December Al-Jazeera report.